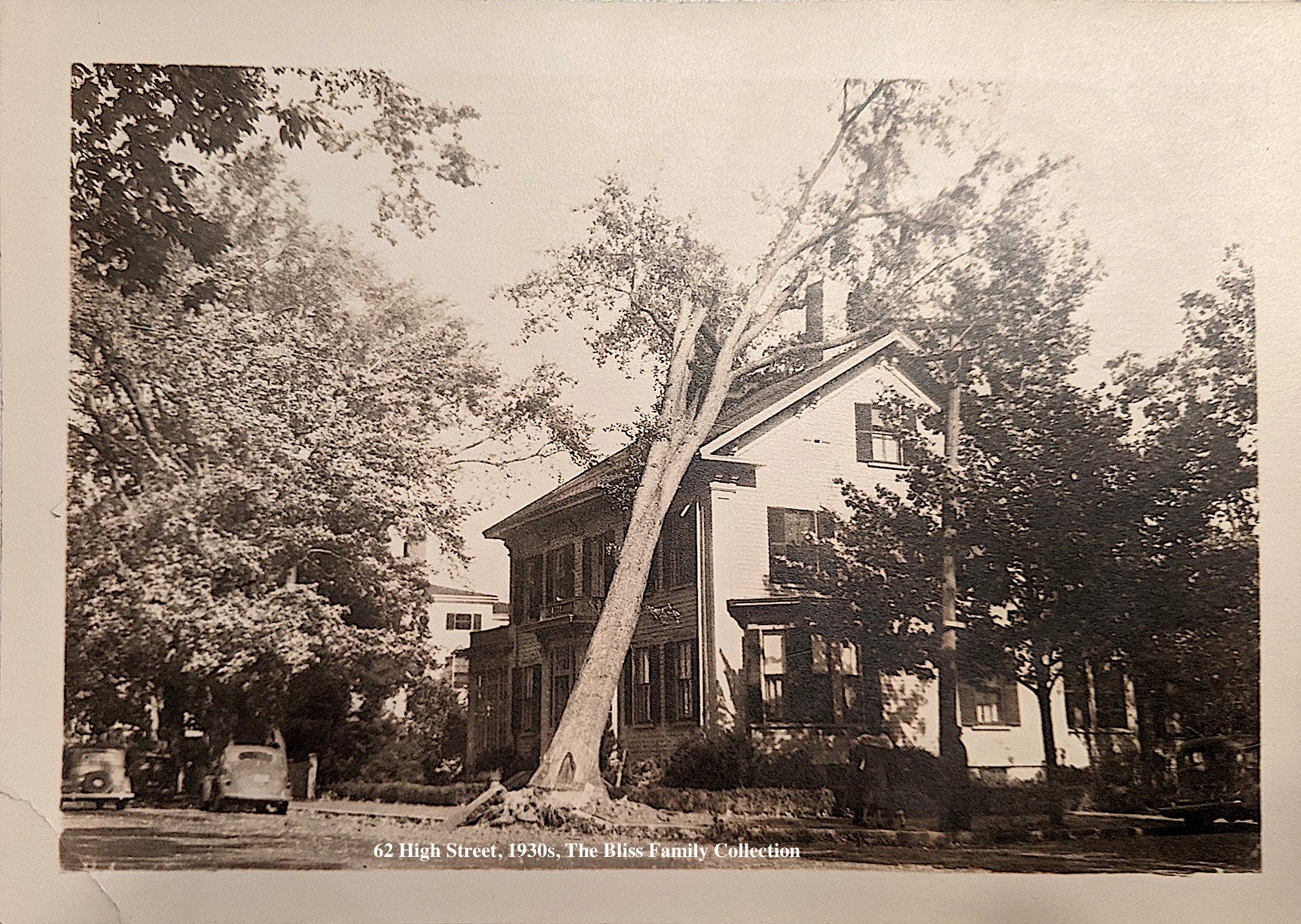 In 1843 the land was bought by Nathaniel P. Brown from Thomas Cross. The house was probably built shortly after the purchase in 1843. Nathaniel, who is on the 1851 map, was a grocer and had the house and a store at the top of High and Lime Streets.

The property was sold to Parish Ladd who flipped it to Nathaniel W. Hurd, a furniture dealer and carpenter, in 1856, and it sounds as if he also sold out of his house as well as having a furniture store at 10 State Street.

In 1881, Hurd’s widow, Mary Hurd sold the house to Philip H. Lunt, who was in real estate, it appears that Lunt also sold out of his home. In 1905 Philip’s widow Mary E. Lunt sold the property to Charles and Helen Bliss. 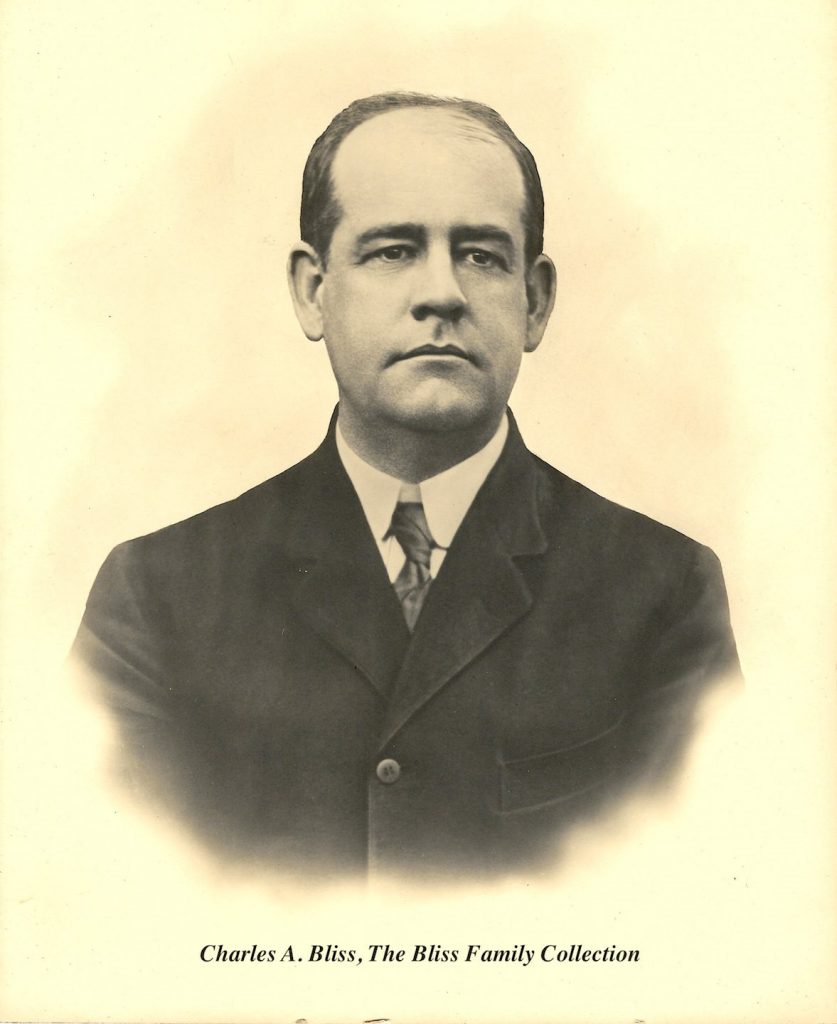 I had never heard of Charles A. Bliss before until researching Perkins Playground when I found out that the original thought was to name it after him. Who was Charles A. Bliss? I had no idea, his name had seem to be completely forgotten, so I went on a hunt. 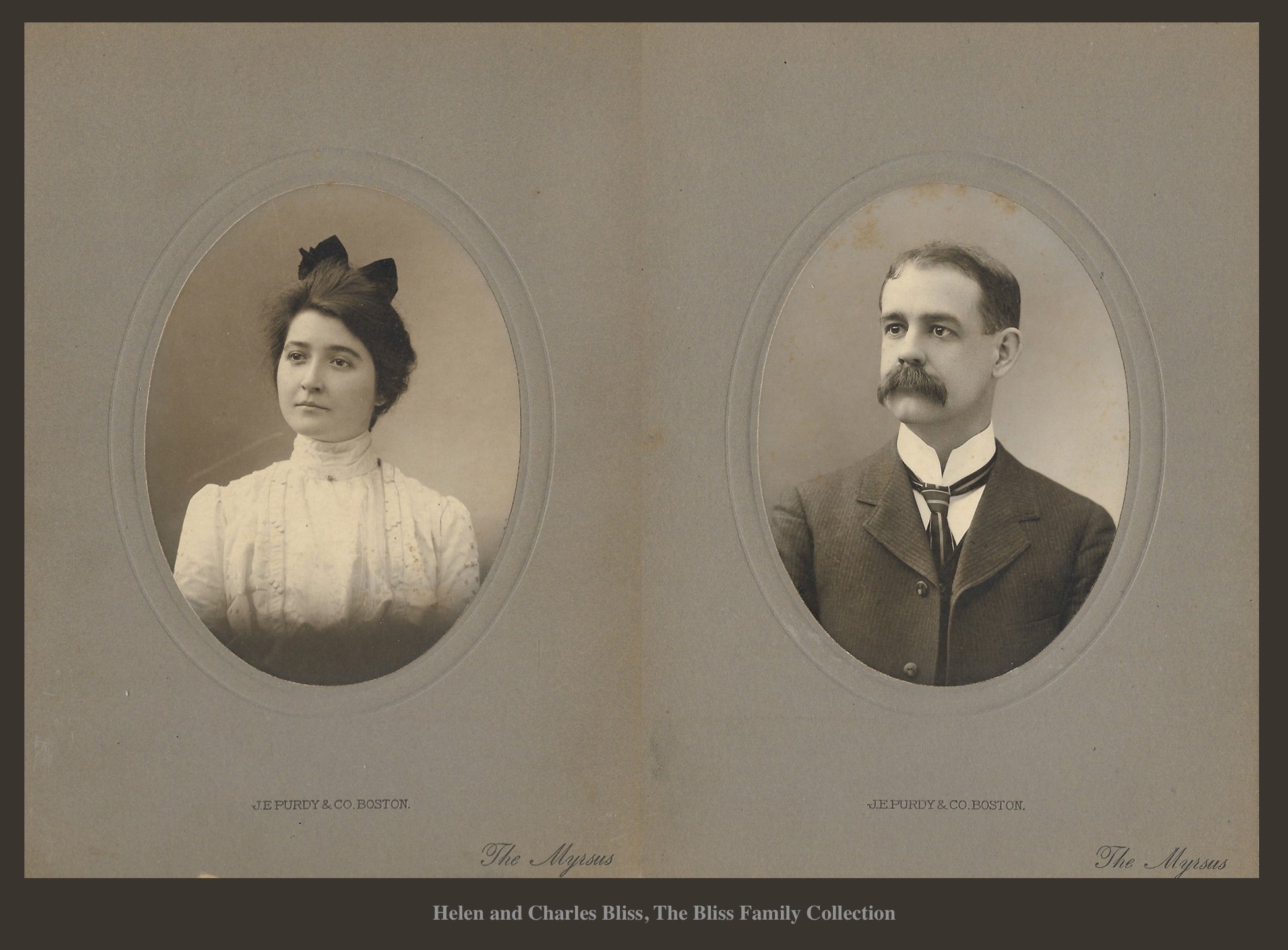 Charles Arthur Bliss (1867-1920) was a very successful shoe manufacturer – Bliss & Perry & Co. He died at the early age of 53. He and his family lived at 62 High Street, on the corner of High and Lime Streets.

I have read a lot of obituaries working on this map, but nothing like the tributes to Charles Bliss. The day after he died there was a two column bereft tribute. The obituary that ran the day after his memorial service was 7 columns long, 3 columns on the front page. There were bereft tributes to him in the paper, separate from the official write-ups. It’s hard to summarize everything that was said, but here is an example.

“There was no home so refined and exalted that his name was not mentioned with reverence and respect, and no home so lowly that had not been ennobled by the spirit of brotherhood and charity that he had extended to all… We have never known a better or truer man, We do not believe God ever made one. May his beautiful spirit forever rest in peace.” – And yet, Charles A. Bliss has been completely forgotten. 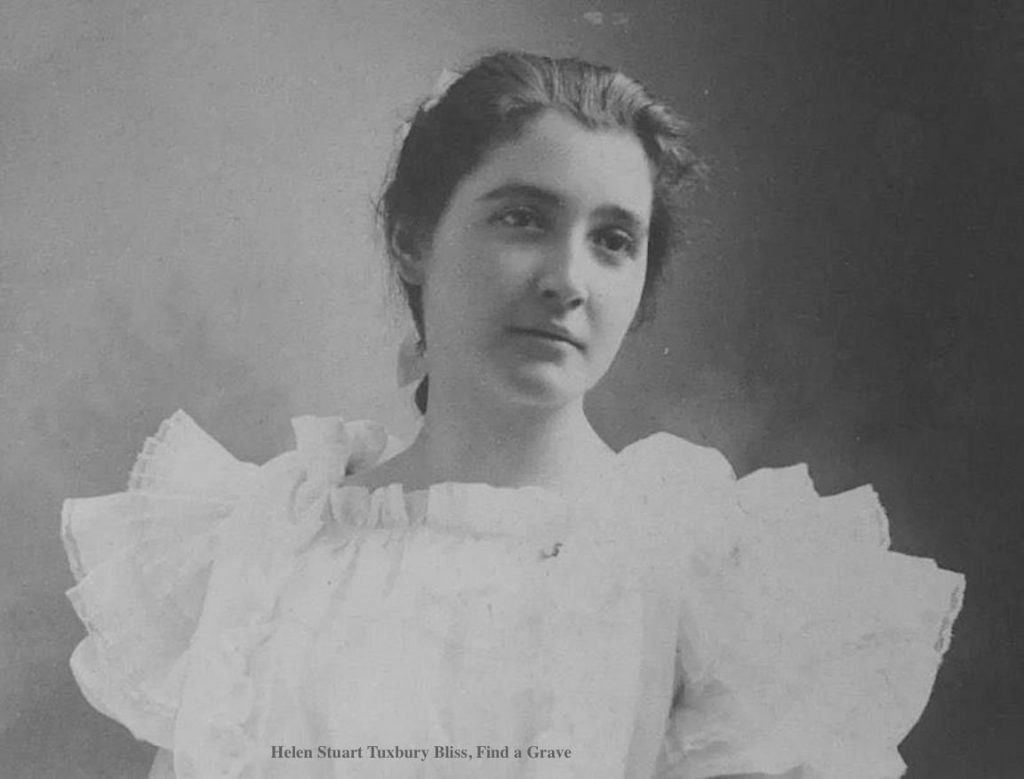 Charles bought 62 High Street in 1905, he also bought the house next door on Lime Street, where later some of his children and grandchildren lived, it was eventually made into two half houses, 94-96 Lime Street. It was not unusual for generations of families to stay together, often in the same house, however, there was enough money to eventually have a family compound on the corner of Lime and High Street.

Charles married Helen Stuart Tuxbury, who was born in Haverhill in 1879, they married in 1902 and had 5 sons and 1 daughter. Helen Bliss lived at 62 High Street until her death in 1967, 47 years after her husband’s death, she would have lived there for 62 years. 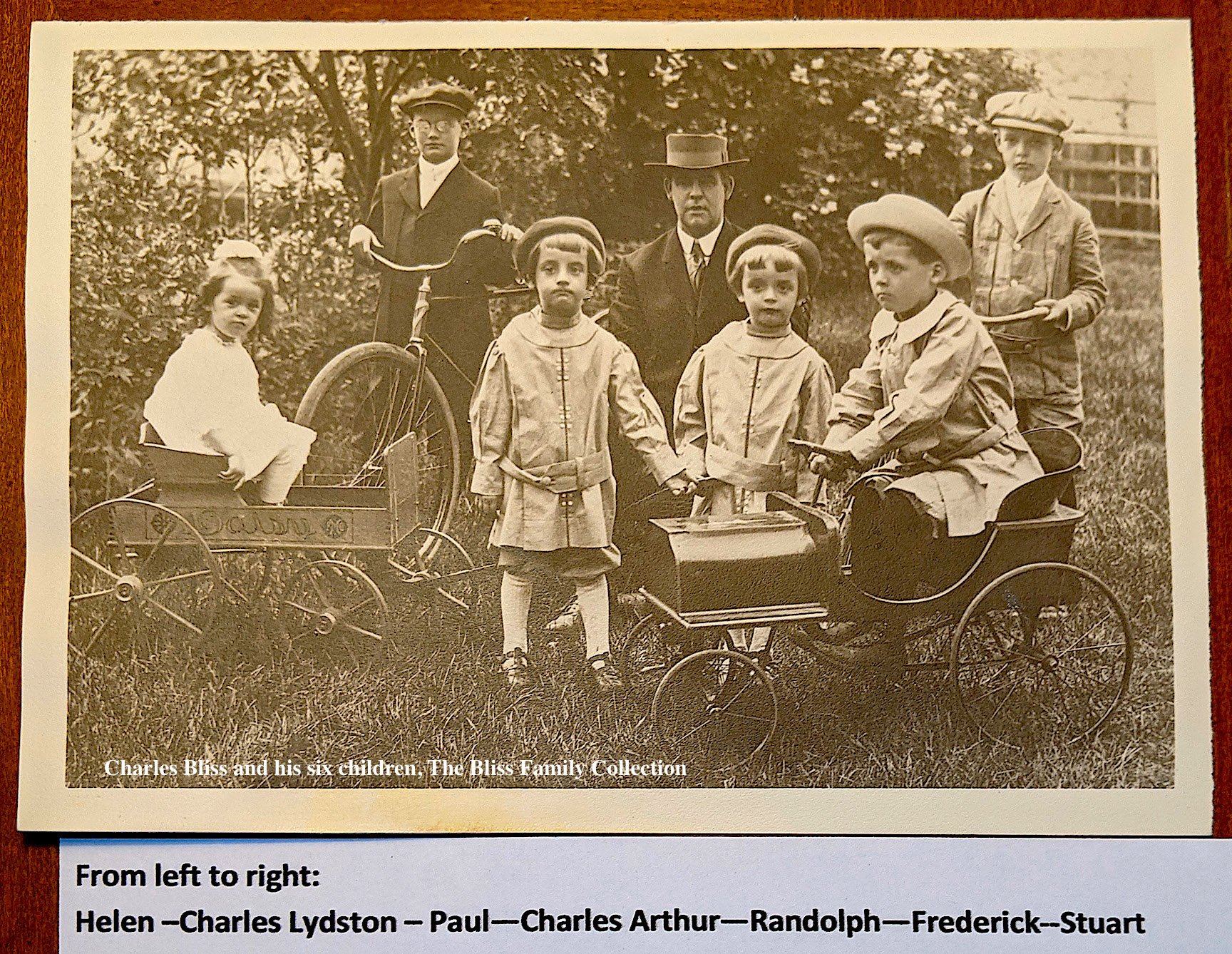 Charles Bliss and his six children, The Bliss Family Collection

Her granddaughter, Joan Bliss Hardy, who lived next door, has memories of her grandmother:

“Grandma Bliss was the epitome of a gentlewoman. She was soft spoken, dignified, reserved and modest. I don’t recall that she displayed any emotions, but, I do remember that if she was bothered by something she’d say, “Oh, bosh.” She outlived two of her sons, Stuart and Frederick.

Whenever she was driven in her Cadillac car, she always wore a hat and gloves no matter how hot it might be, she never went out of the house without them. And she was adamant that I use the rear entrance if I was wearing pants or shorts, she did not want anyone to see me in such attire using the front door on High Street. If I dropped in, I had to ask Mrs. Rollason, her companion and caregiver, if it was convenient for me to visit.

I don’t remember that my Grandma Bliss ever had to cook or wash dishes. There was a large button under the carpet by her seat at the dining table that she would press when she needed service. And I remember the “call buttons” at the top of the stairs by her bedroom, once used when she had a variety of household help. 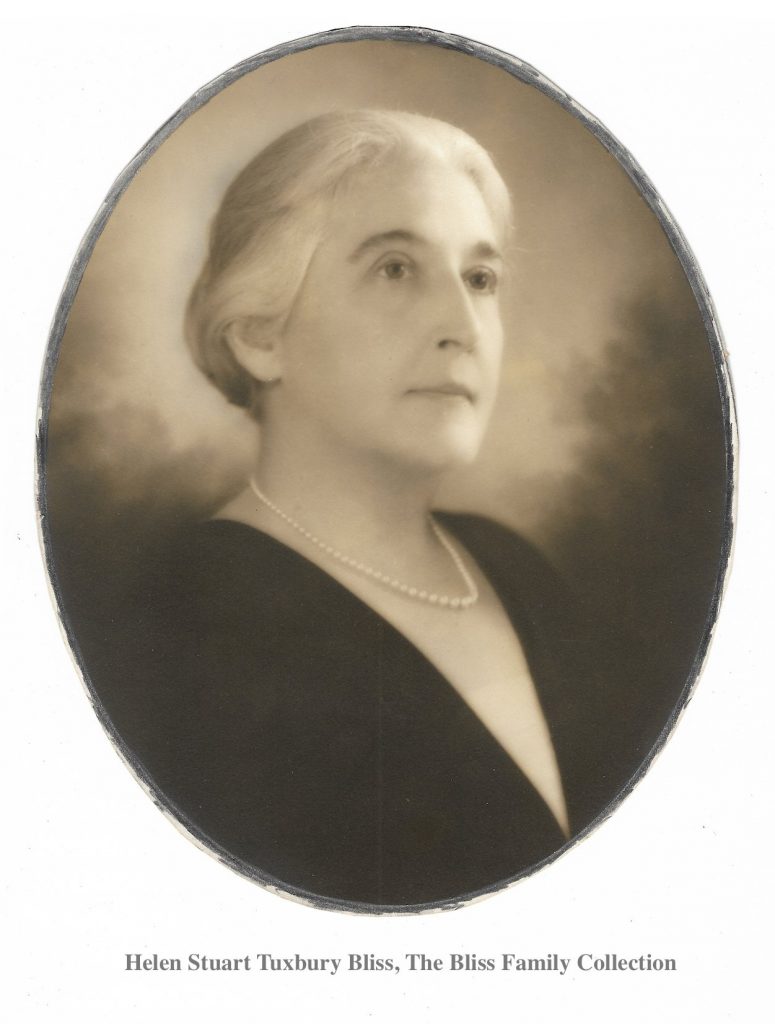 Most Thanksgivings, Grandma Bliss would have the whole family for dinner. I remember that the table was extended enough to accommodate everyone. These gatherings were formal and reserved. My father Stuart always cooked the second turkey in our oven, we lived one house down from the corner of High and Lime. It was traditional that all of the family would join in the “music room” while my Uncle Charles Lydston Bliss, played the piano and we would sing Christmas carols.

On one very special day when I was a child, Grandma Bliss took me up to her bedroom to show me all of the treasures that my Grandfather Bliss’s brother Edward, a missionary to China at the turn of the century, had brought home to her and my Grandfather. I remember she showed me the tiny shoes that the Chinese female children were required to wear. She explained that it was believed that tiny feet would make the female women more appealing for marriage.” 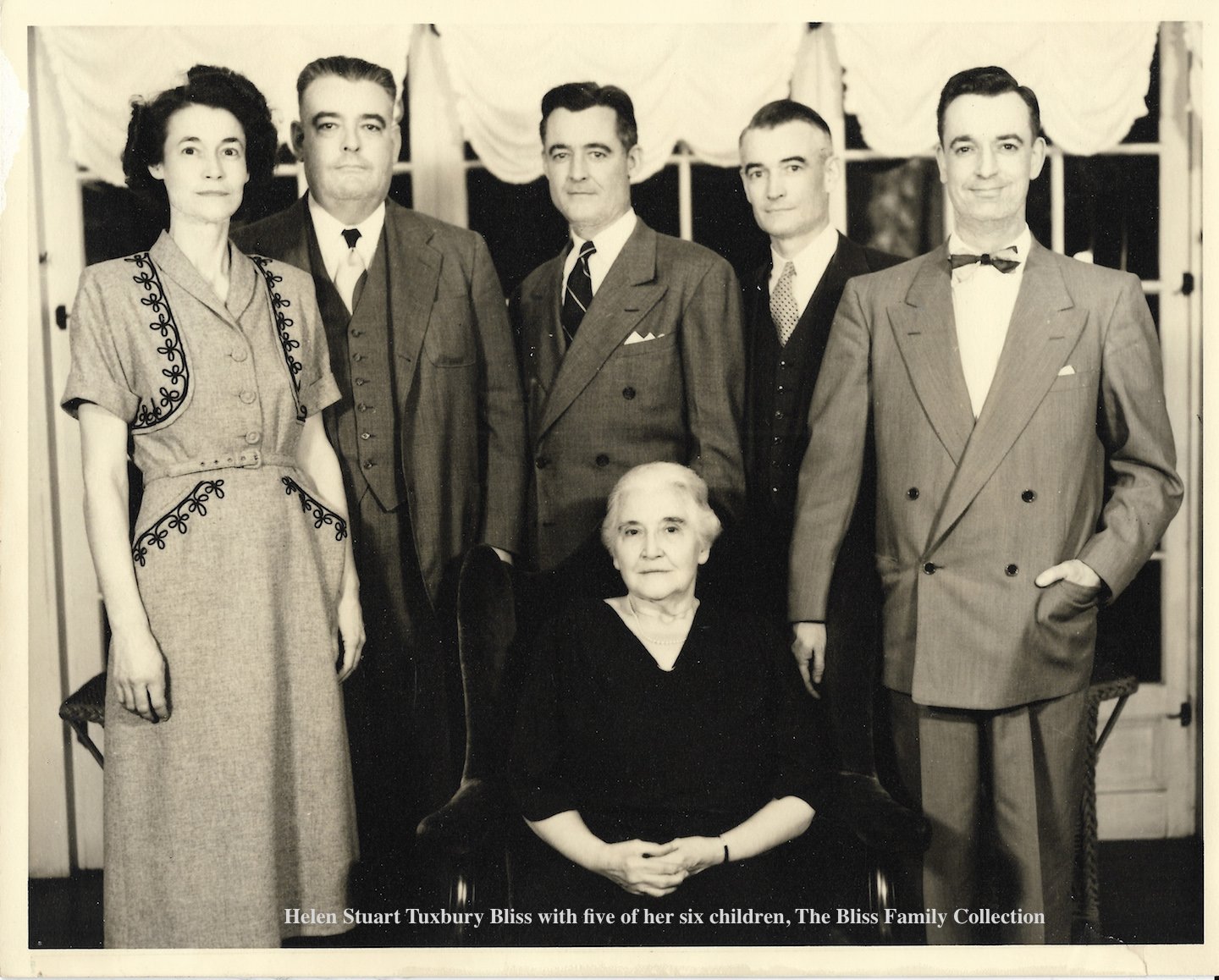 Joan Bliss Hardy has not only given me memories of what her grandmother’s life was like, but also family photographs, and we know what Charles and Helen Bliss and their family looked like, and there is also an old photograph of 62 High Street. I am incredibly grateful to Joan Bliss Hardy. 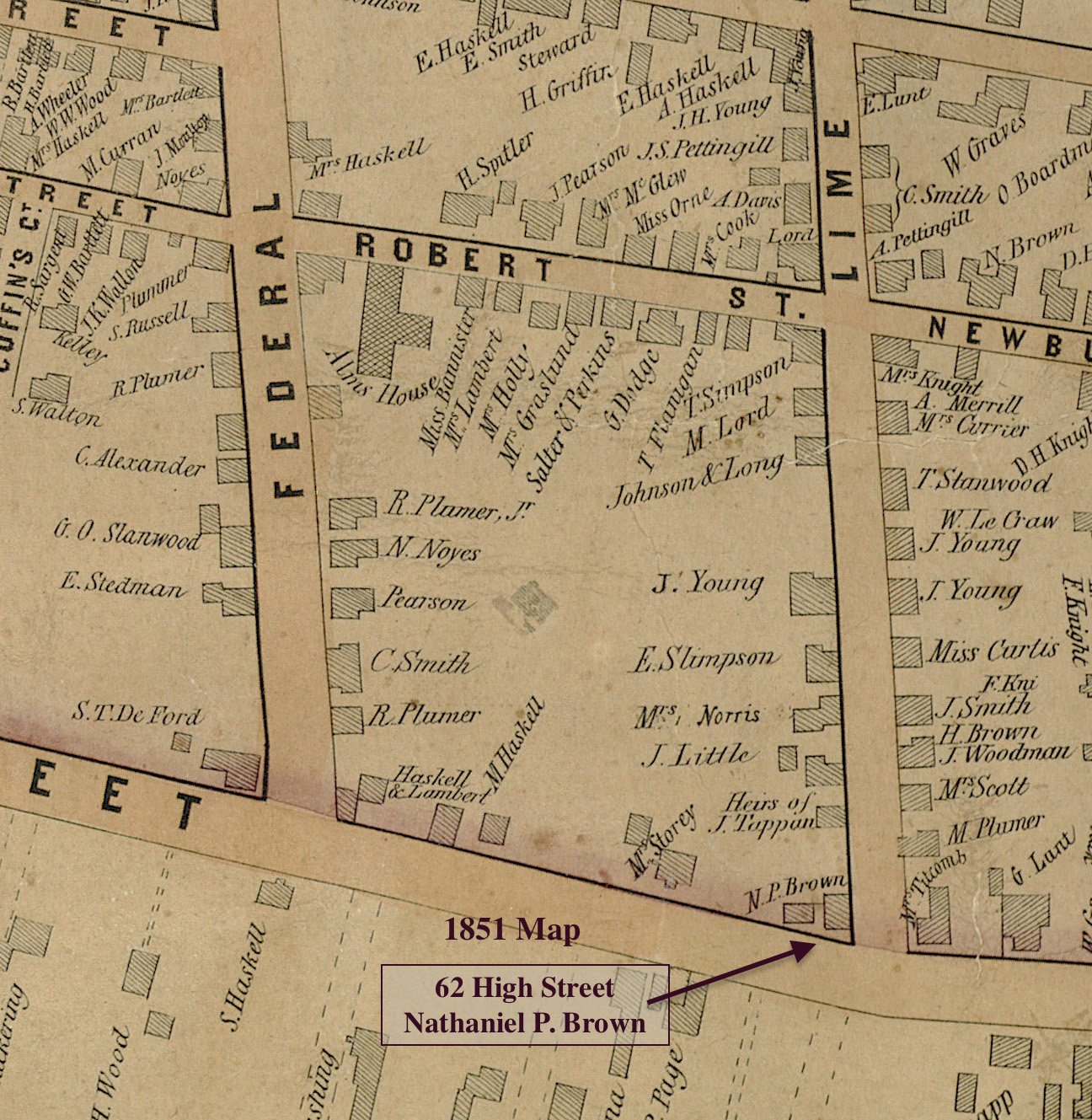 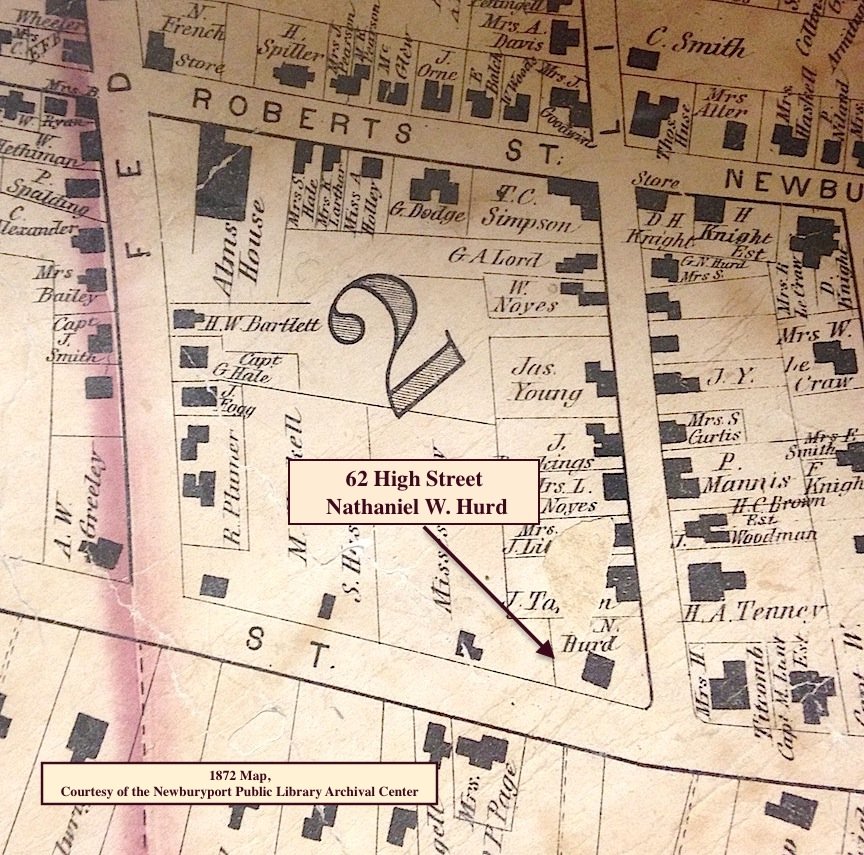 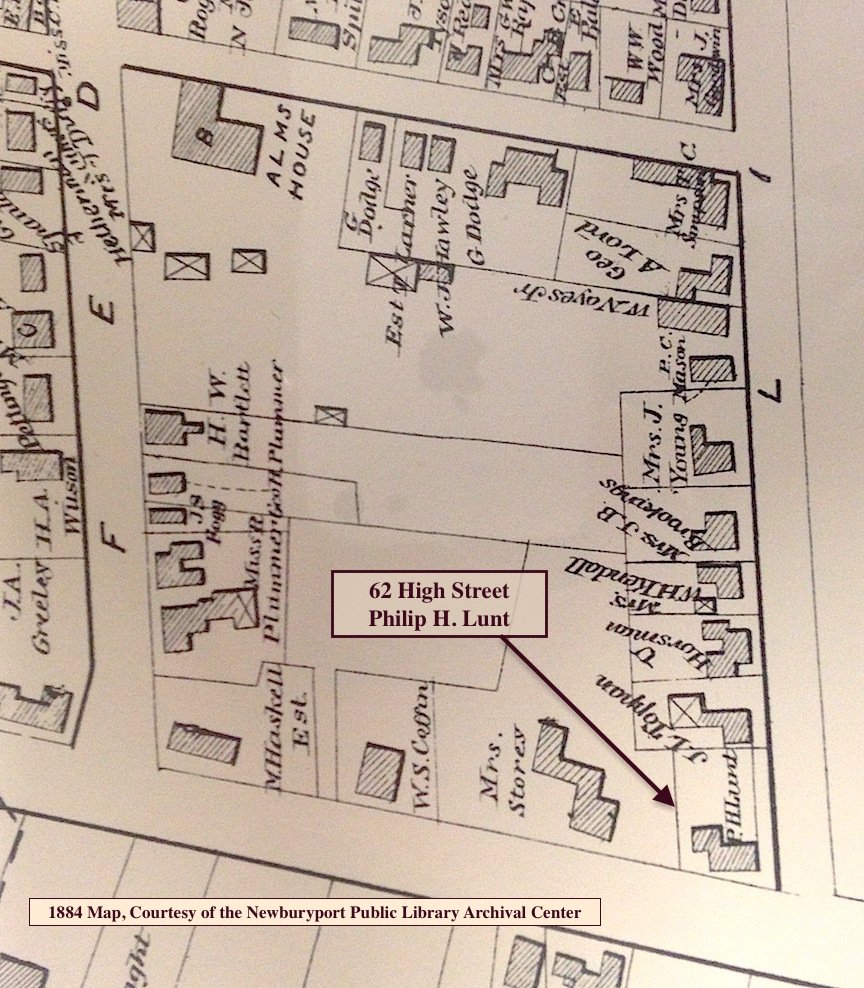