Laroy S. Starrett was a farmer, a famous businessman, an inventor, whose first patent was in Newburyport, MA. 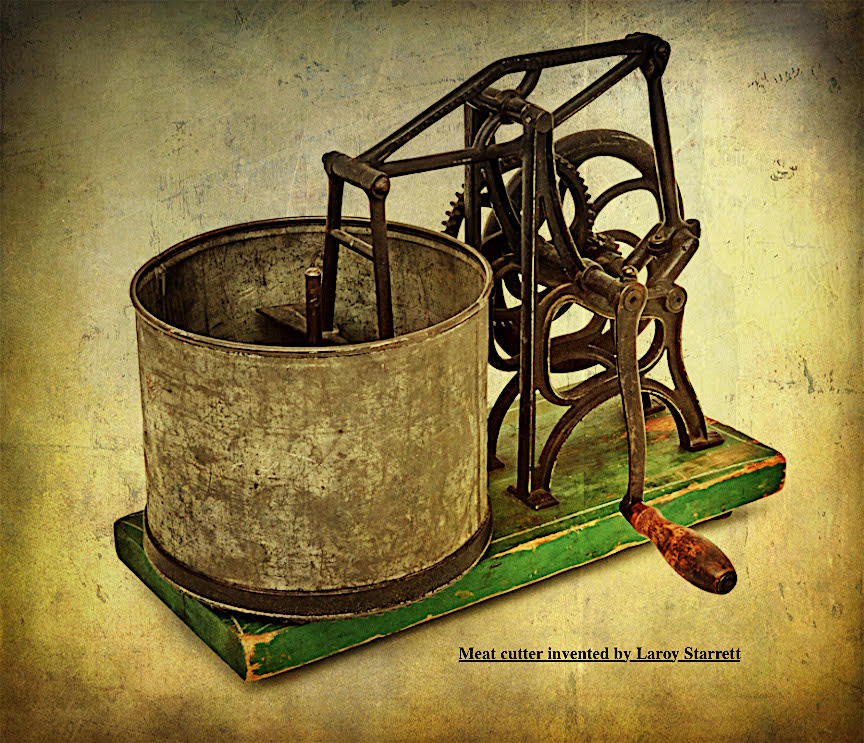 Laroy Starrett, or L.S. Starrett as he eventually went by, was born in China, Maine in 1836. It’s possible that he came to Newburyport as early as 1855, but he definitely shows up on the 1860 Census, listed as working for Mrs. Mary White Bannister Hale, the widow of Ebenezer Hale, at Mount Rural. He is listed as a farmer (and he was a very good farmer).

On the 1851 map there is a drawing of Mount Rural, the residence of Mrs. S.W. Hale, although it no longer exists today. One can imagine young Laroy walking to the house looking for a job as a young man. And there is a mention of Laroy in the 1860 newspaper, “Laroy Starrett—from Mount Rural” and a list of the “profusion of products” that he exhibited, “Carrots, Beets, Turnips and very large Jackson White Potatoes, also, three varieties of Wheat.”

In 1861 Laroy married Lydia W. Bartlett, from Newburyport, her father and mother were Henry A. Bartlett and Hanna Bartlett. Lydia’s father is listed as a farmhand and her mother worked in one of the mills. The 1865 Census lists Laroy as a farmer, married with two young children, Frank age three and Ada age one. Alice is born in Newburyport in 1867. In the Newburyport City Directory, the Starrett’s are listed from 1864-1865 at “the little Turkey Hill farm.” 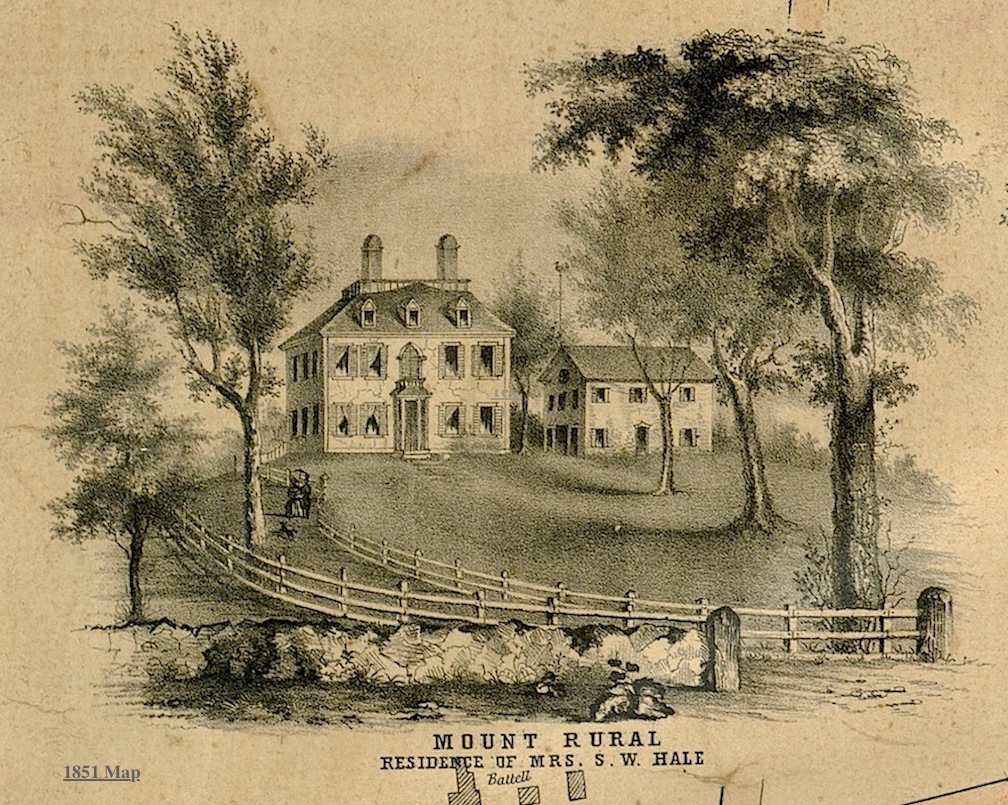 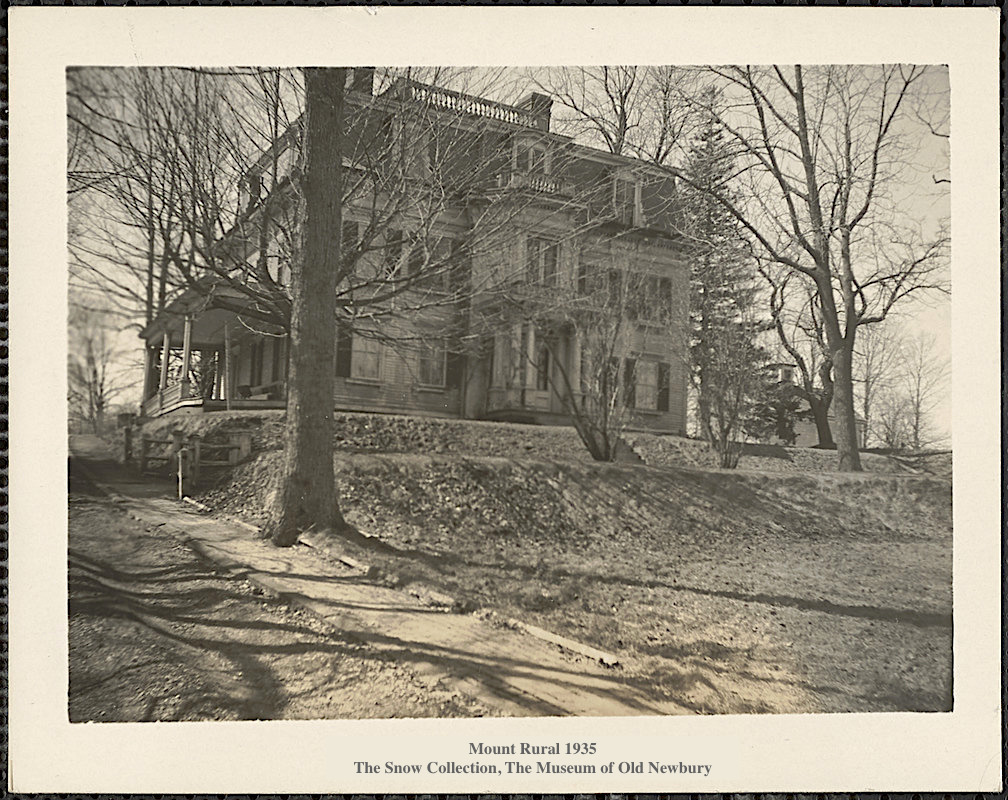 Mount Rural 1935, The Snow Collection, The Museum of Old Newbury 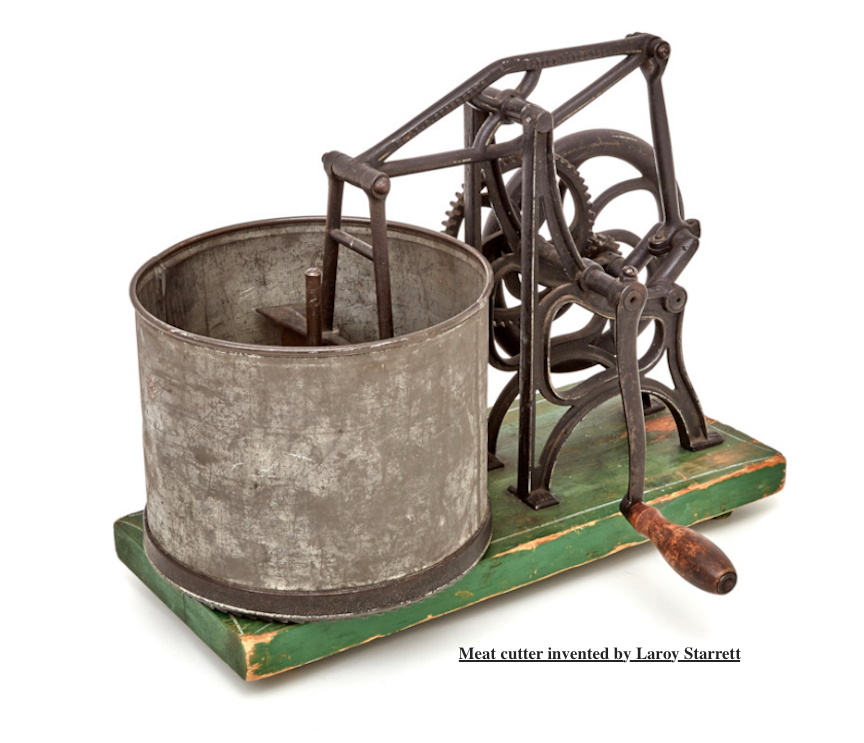 Laroy moved to town and invented the meat cutter in 1865

In 1866 the Newburyport City Directory shows that the family moved to 12 Tyng Street (lower Tyng Street near Merrimac Street), which could also be 16-18 Tyng Street, there is no way of knowing (the street numbers change over the years), but they moved from the farm into town, and that was because Laroy had invented a meat cutter in 1865.

Laroy was making and selling the meat choppers at 103 and 105 Merrimac Street, which may well have been close to Tyng Street, or at least within walking distance. In 1867 and 1868 Laroy was advertising the meat cutter/chopper a lot in the local newspapers.

He was so successful that he left Newburyport to manufacture his inventions, which also included a washing machine and a butter worker, in Athol Massachusetts, which is in the upper western part of the state near Gardner 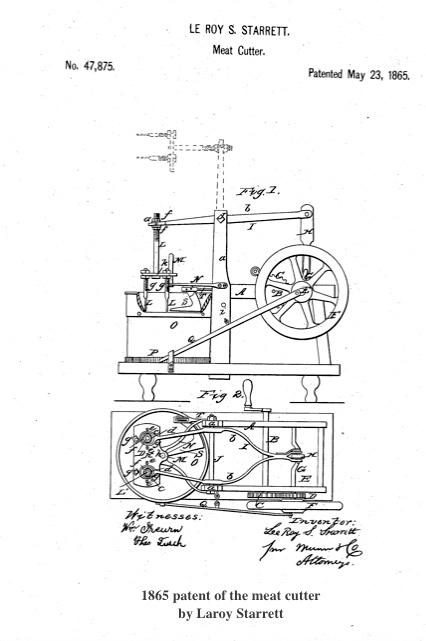 The 1865 patent by Laroy Starrett for the meat cutter 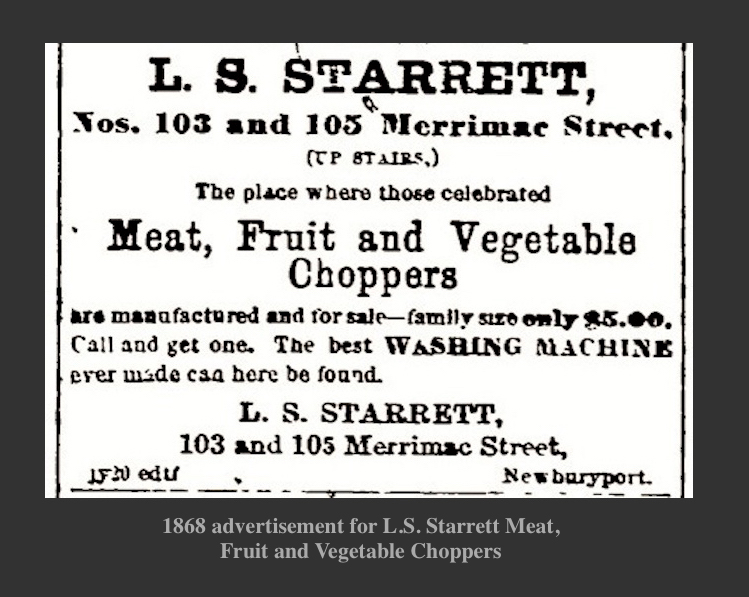 1868 advertisement for the meat, fruit and vegetable chopper by L. S. Starrett 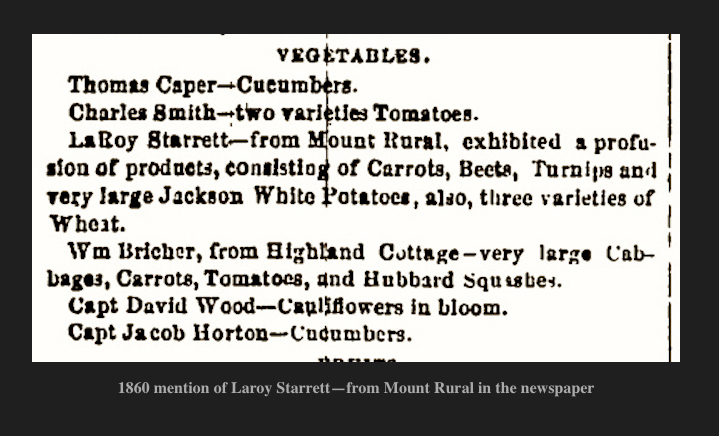 Mention of Laroy Starrett in the 1860 newspaper, who was a farmer at Mt. Rural

Today L.S. Starrett is a multi-million global company trading on the New York Stock Exchange, all sorts of amazing tools and instruments whose headquarters are still in Athol Massachusetts. It is still influenced by the family.

This is from the Worcester Business Journal, “Big Business, Doug Starrett,” January 21, 2008, by Christina Davis:

“Douglas A. Starrett may run a large global business representing more than $220 million in annual sales, but his management style and demeanor is more akin to a manager of a small 20-person office.

As he walks the snaking halls of L.S. Starrett Co.’s monstrous 555,000-square-foot headquarters in Athol, he greets employees by name. Many employees – some who’ve worked at the company producing precision measuring tools for more than 30 years – stop to chat, and to gently chide the boss about his recent decision to shave off his beard. His annual letter to employees and retirees contains as much in the way of business updates as it does down-to-earth charm – including the score from the Thanksgiving Day Athol football game.

He’s equally at home setting up operations in some far-flung location halfway around the globe as he is approving name tags for a semi-annual employee meeting.

“We’ve got a big breadth and scope, but I like to think we operate as a small business,” Doug Starrett said.” 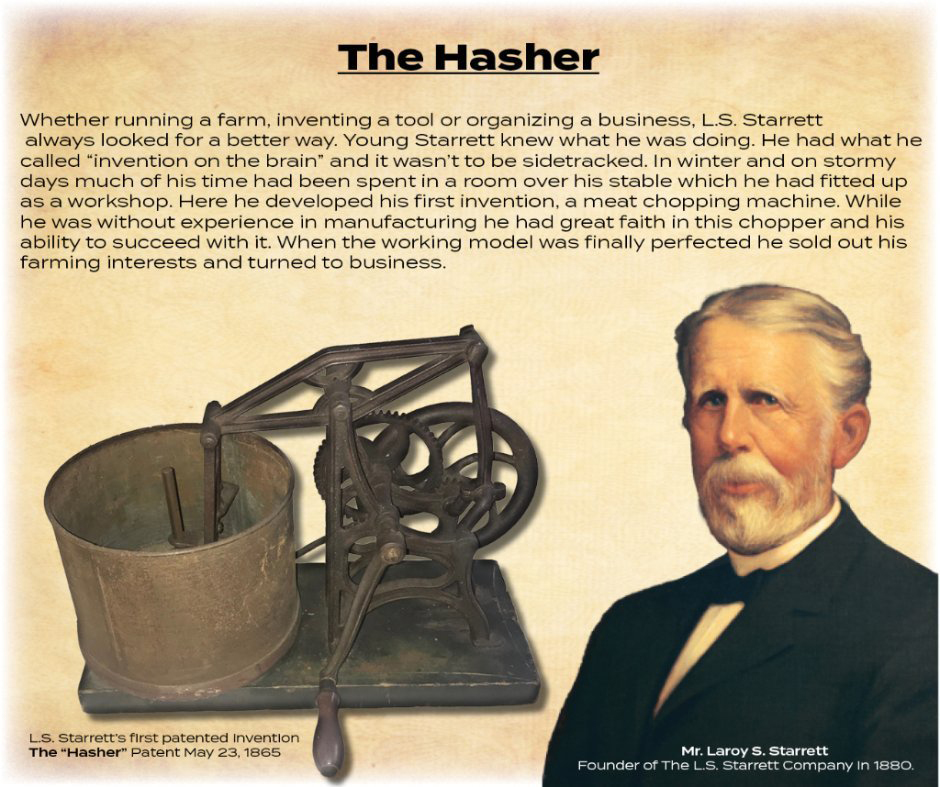