A story of love, betrayal, cruelty, and heartbreak. 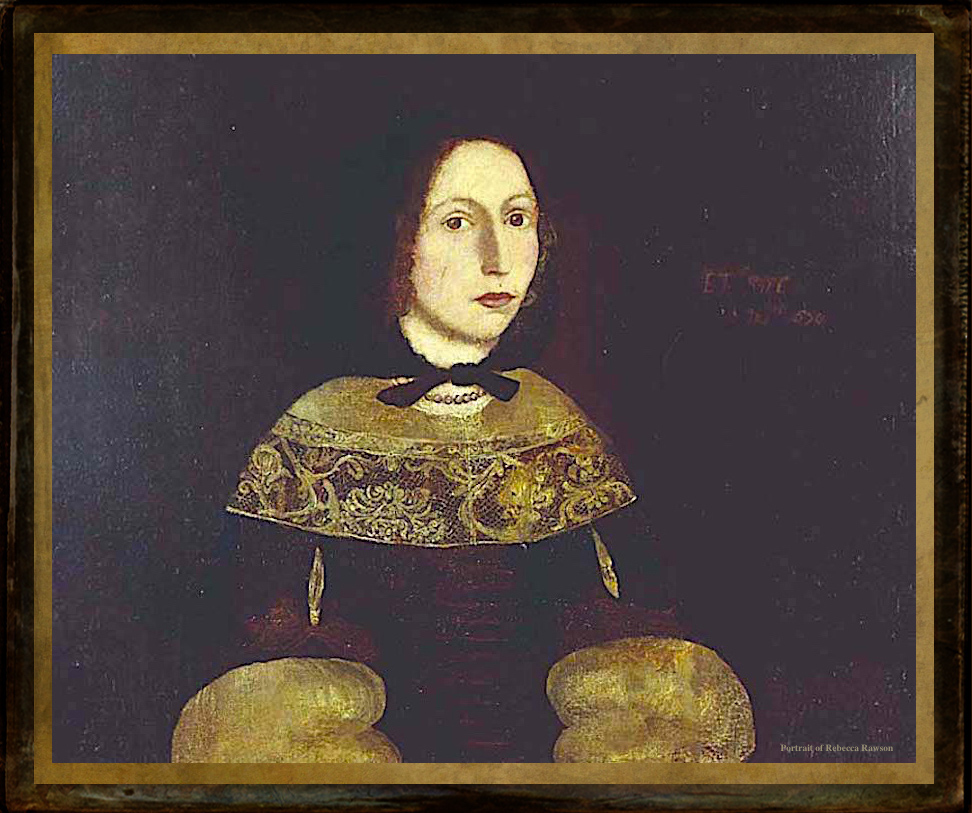 Edward Rawson and the Pillsbury House

The story of Rebecca Rawson (1656-1692) is one of great love, betrayal, and cruelty by a con artist and a hustler, and then even more tragedy.

Edward Rawson (1615-1693), Rebecca’s father, sold his house and forty acres of land in Newbury in 1651 to William Pillsbury of Dorchester, and that is why it is known as the Pillsbury House or sometimes the Rawson – Pillsbury House. A replica of the Pillsbury House exists today at 267 High Street, in the exact location that the original house was built, it burned in 1889. The Museum of Old Newbury, The Snow Collection has photographs of what the Pillsbury House originally looked like, and it is an insight into the life of Edward Rawson and his daughter Rebecca. The house is similar in many ways to the Paul Revere House, which was built in Boston in 1680, it still stands today.

The following is from a story told in 1921 by Rev. Glenn Tilley Morse, President of the Historical Society of Old Newbury and Newburyport. It is from Gordon Harris, one of the area’s foremost historians who writes “Historic Ipswich, on the Massachusetts North Shore.” 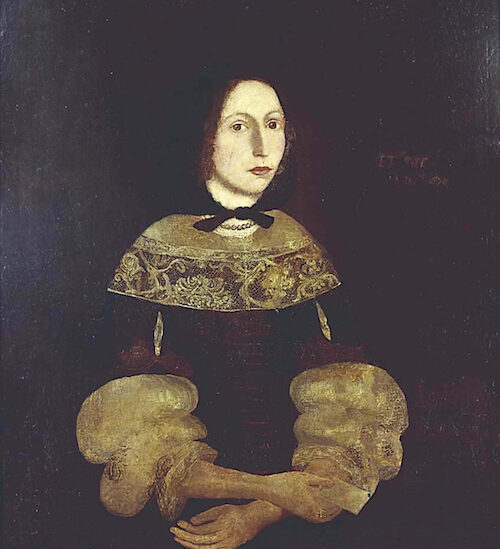 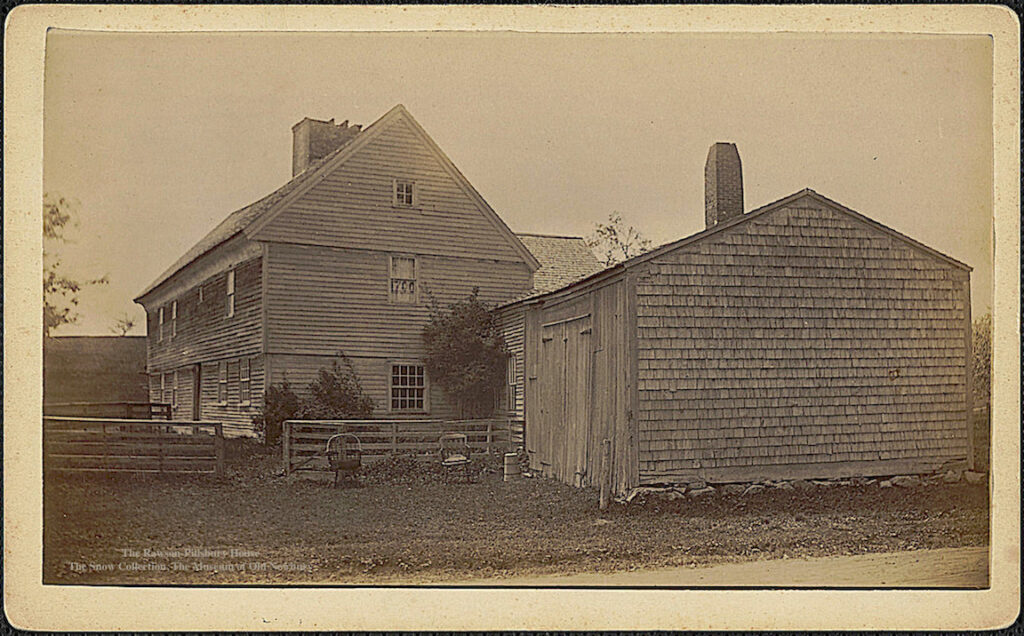 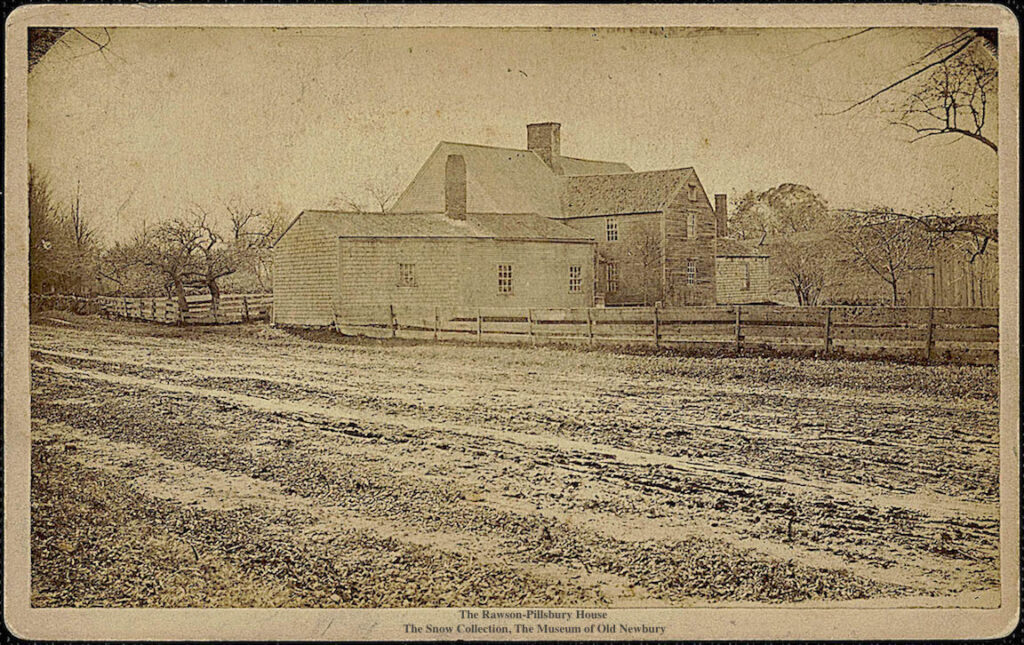 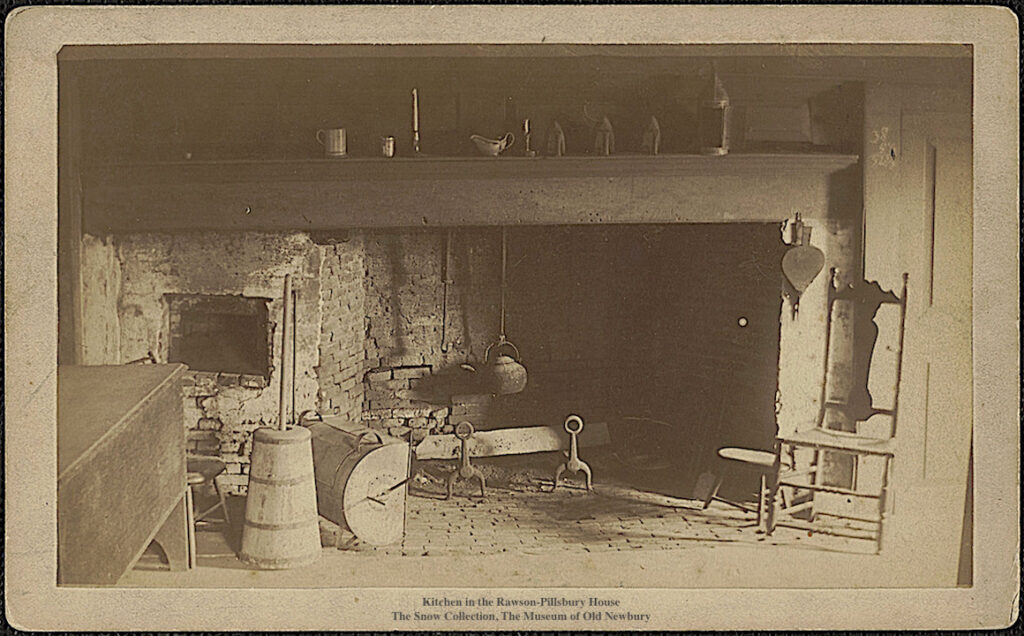 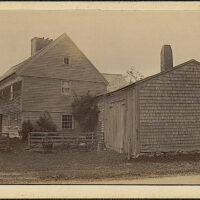 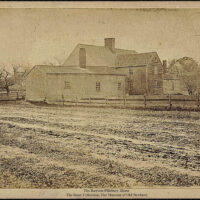 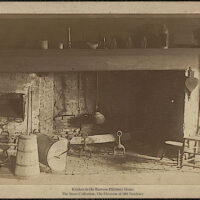 Edward Rawson arrived in Newbury in 1637. When he was only twenty-three years old he was chosen town clerk, notary public, and registrar for the town of Newbury. He was one of the three men assigned to divide Plum Island among Ipswich, Rowley, and Newbury.

In 1650 Rawson was chosen Secretary of the Massachusetts Bay Colony, an office which he held for thirty-six years, and took up his residence in Boston. His house and forty acres of land in Newbury were sold in 1651 to William Pillsbury of Dorchester.

Edward Rawson had three daughters, the oldest having been left by him in England, where she was born. She is said to have married an “opulent gentleman.” His second daughter, named Rebecca, was born here but died in infancy. The third daughter was also given the name Rebecca and was pronounced by her contemporaries to be one of the most beautiful, polite, and accomplished young ladies of Boston.

Into the life of this merry, care-free, joyful girl, came a young man of respectable appearance and pleasing manners. He was received by the best people and favored by her father. He was introduced as Sir Thomas Hale, Jr., the nephew of Lord Chief-Justice Hale of England. They married in Boston, on July 1, 1679. Now addressed as Lady Hale, she was much envied by the young women in the best Boston society and embarked with Sir Thomas for England with every reason to expect a happy and useful life as a great lady. 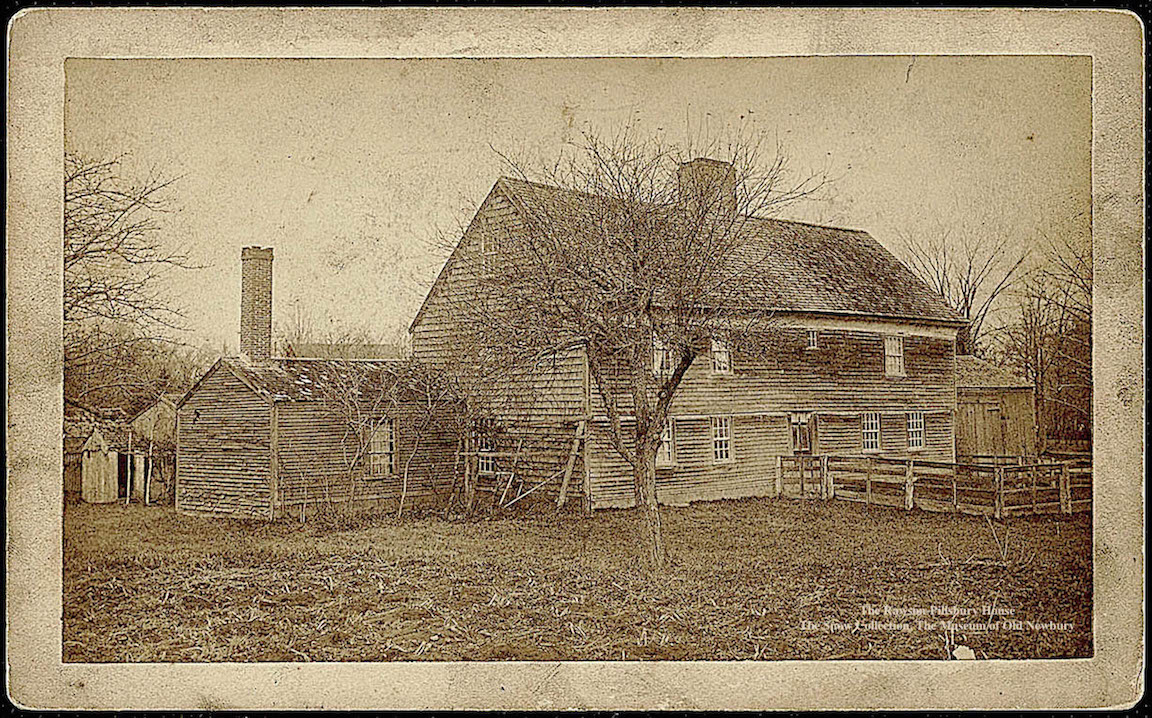 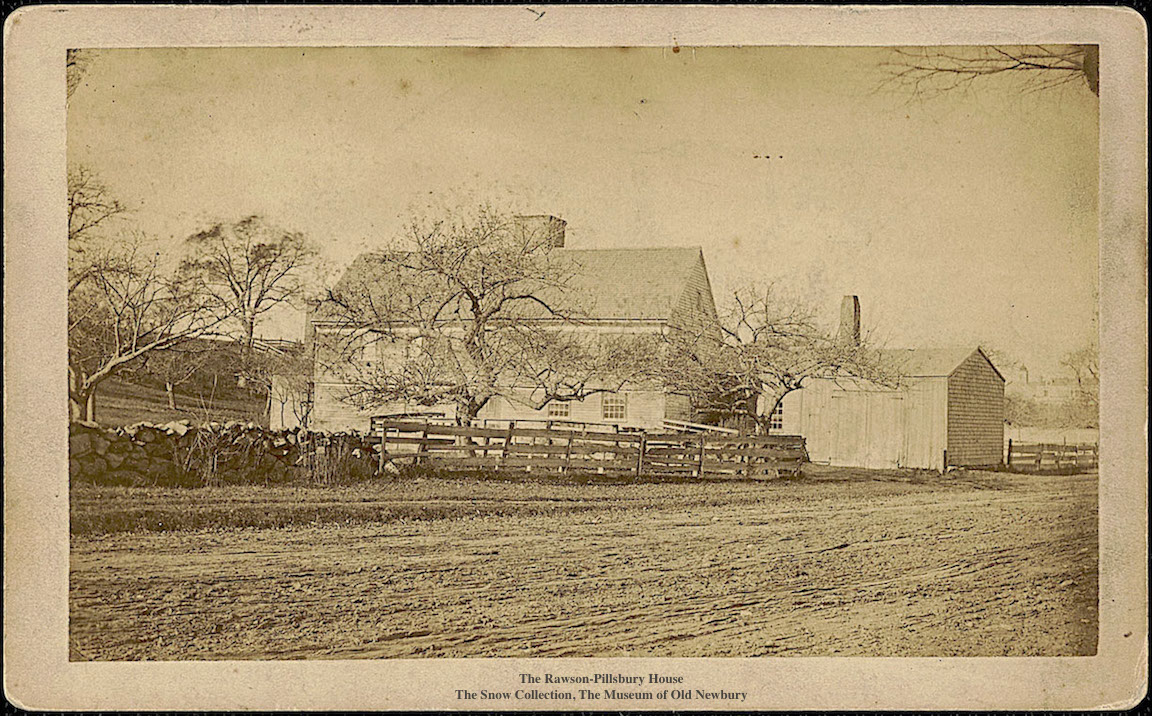 They arrived safely in England and spent the first night at an inn and the second at the house of a friend. The next morning, Thomas arose early and told her he would go to the vessel and have the trunks sent up in time for her to dress for dinner. The trunks came and she waited for him to come with the keys until it was almost dinner time. She finally had the trunks broken open and instead of finding her beautiful clothing, jewels, and other property, she found herself robbed of everything and the trunks filled with shavings and rubbish.

Rebecca was driven to the inn where they had passed the previous night and inquired for Sir Thomas Hale, only to learn that his name was Thomas Rumsey, a graceless young spendthrift who had left his wife and two children three years before and gone to parts unknown.

Rebecca Rawson never saw Thomas Rumsey again. She had thought herself the wife of a nobleman and she was left unwed, pregnant, and disgraced. During the next thirteen years, she lived in England, supporting herself and her child by her own ingenuity and industry. Finally, the solicitations and entreaties of her father and friends in America persuaded her to return. She took passage with one of her uncles in a vessel belonging to him, bound for Boston by way of Port Royal, Jamaica. She left her child in England in the care of her older sister who had no children and desired to raise it.

The ship arrived at Port Royal in Jamaica and after a few days delay, was about to set sail for Boston, when on June 9, 1692, the place was visited by a tremendous earthquake. The chief part of the city slipped into the sea. The ship on which Rebecca Rawson was traveling was swallowed up with its passengers and crew.

Her uncle, who happened to be on shore at the time was the only person saved out of the entire ship’s company to divulge the sad news of the fate of this most accomplished and talented, but unfortunate young woman. ~ The tragic story of Rebecca Rawson, 1679, Gordon Harris***

One of the questions is what did Rebecca do in England. She supported herself by selling painted glass miniatures to the London elite and she was apparently very good at it. According to her father’s memorial, ”During her thirteen years’ residence in England, she learned many curious works, such as painting on glass, &c. Her ingenuity, industry and pride, procured her a genteel living, and she was not dependent on her friends for support.”*

* The Rawson family. Memoir of Edward Rawson, secretary of the colony of Massachusetts Bay, from 1651 to 1686; with genealogical notices of his descendants