The Shipyard at the foot of Ashland Street

Many ship builders occupied the shipyard at the foot of Ashland Street, and the decline of ship building in Newburyport. 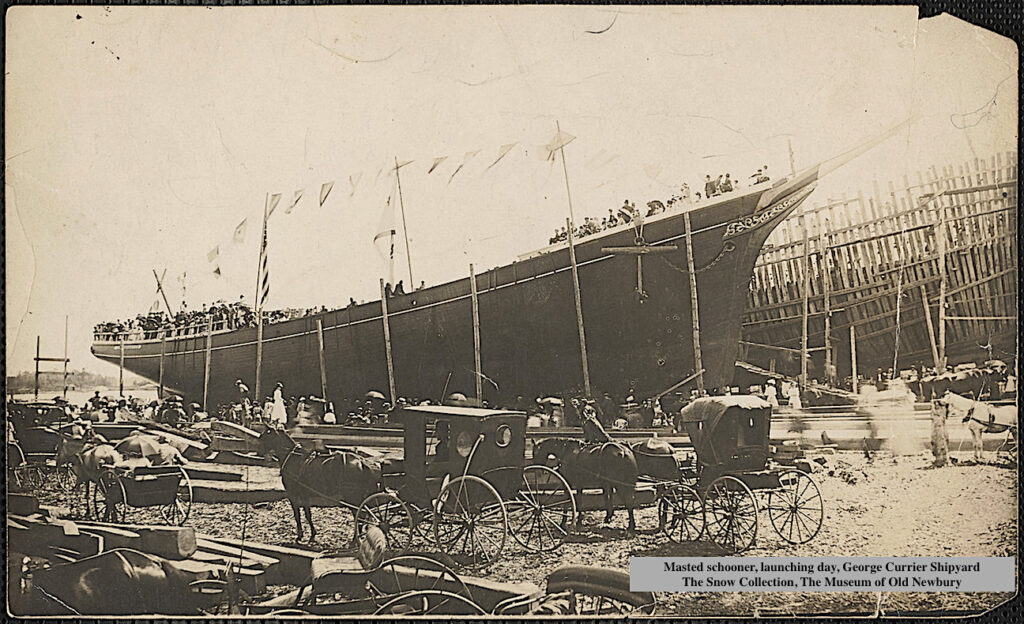 In 1843, William Currier and James L. Townsend formed a partnership and established a shipyard at the foot of Ashland Street. They repaired the wharf already there and put in three launching ways in order to build three vessels at a time. The partners built the largest workshop building of any of the other yard in the city.

In the fifteen years that they were together, the team of Currier and Townsend constructed fifty-one vessels. Only a handful of the vessels were built for local owners, the remaining going to New York and elsewhere. In 1853, the swift clipper ship the Dreadnought was built here and went on to set a record for the fastest crossing of the Atlantic. In 1860 this vessel made the voyage from New York to England in an unequalled sailing time of nine days and thirteen hours. There is a stone monument today at the base of Ashland and Merrimac streets that notes this famous achievement. The Dreadnought was recognized at sea by a red cross on her fore-topsail. Because of the way the ship’s captain, Captain Samuels commanded the vessel, the Dreadnought was known as “The Wild Boat of the Atlantic.” 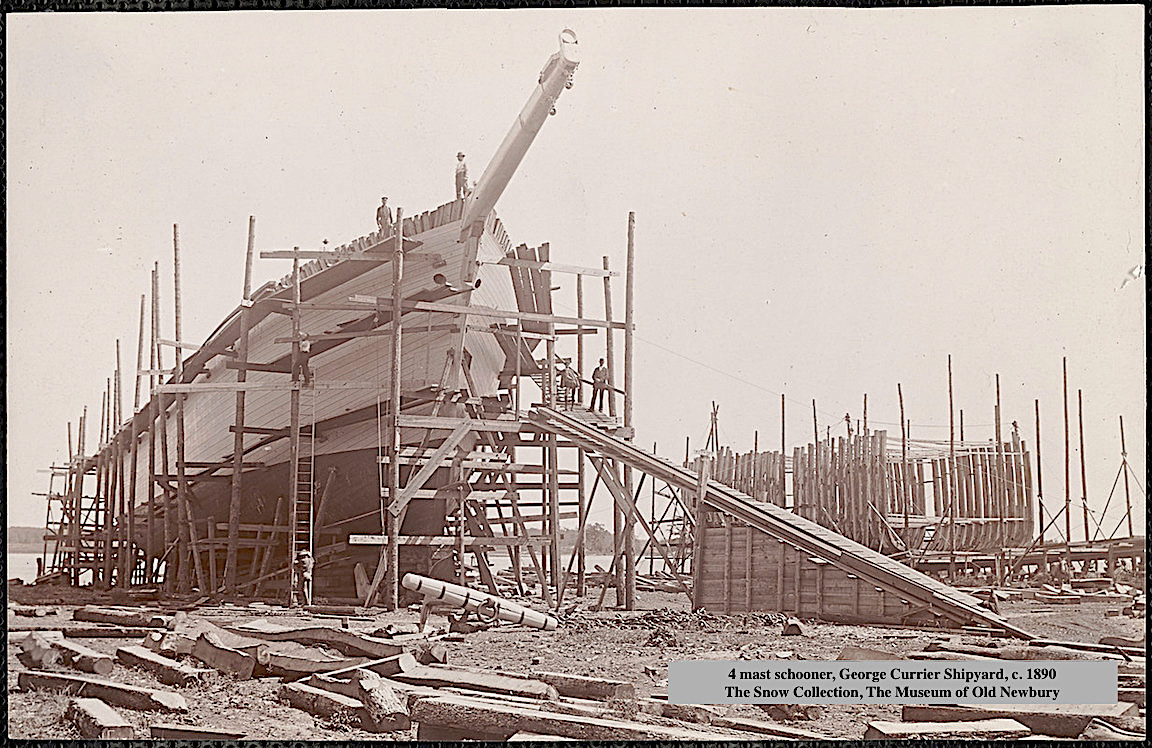 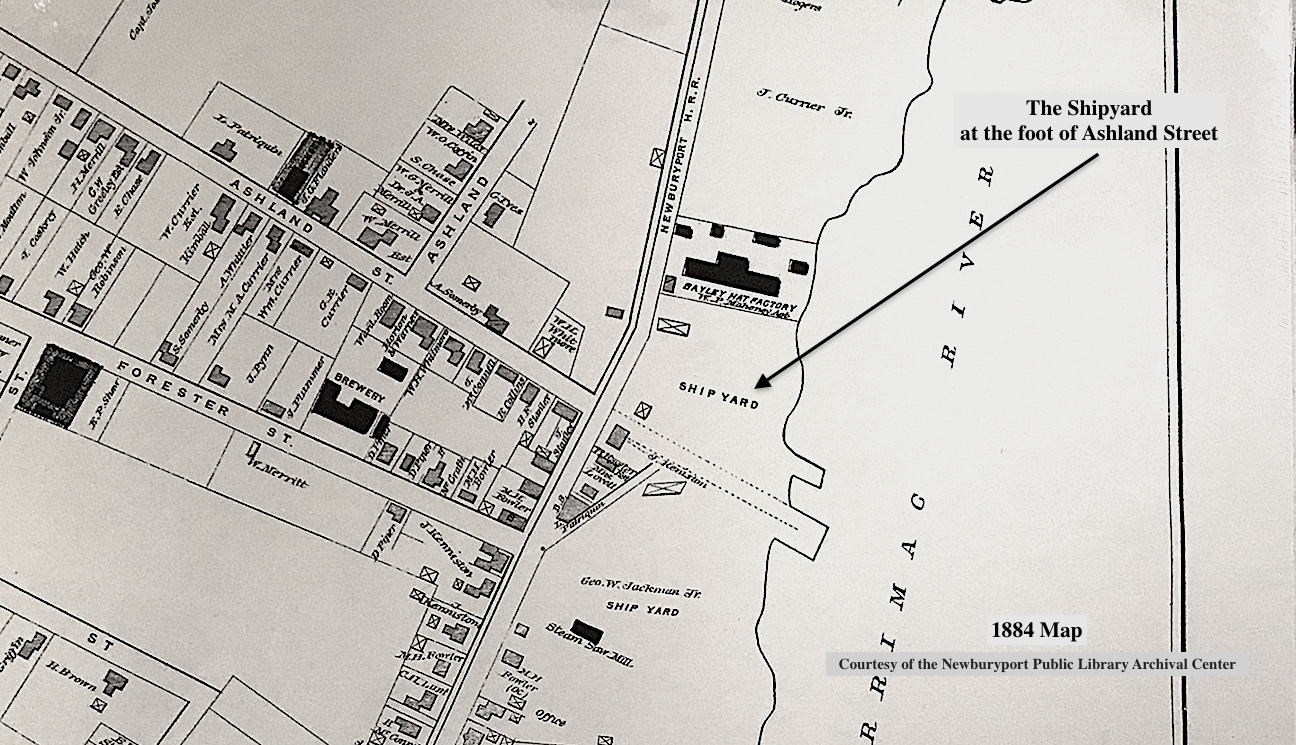 Unfortunately Currier and Townsend underestimated the cost of building the Dreadnought, 1,414 tons and 210 feet in length. Although their business continued to sink into debt because of the cost of building the ship, the Dreadnought became one of the greatest ships to have been built on the Merrimack River. Newburyport shipbuilders had the reputation of constructing some of the finest ships in the world and an honest reputation for never sacrificing quality for economic reasons. Currier and Townsend never fully recovered financially, however they continued to build ships until the 1860s. 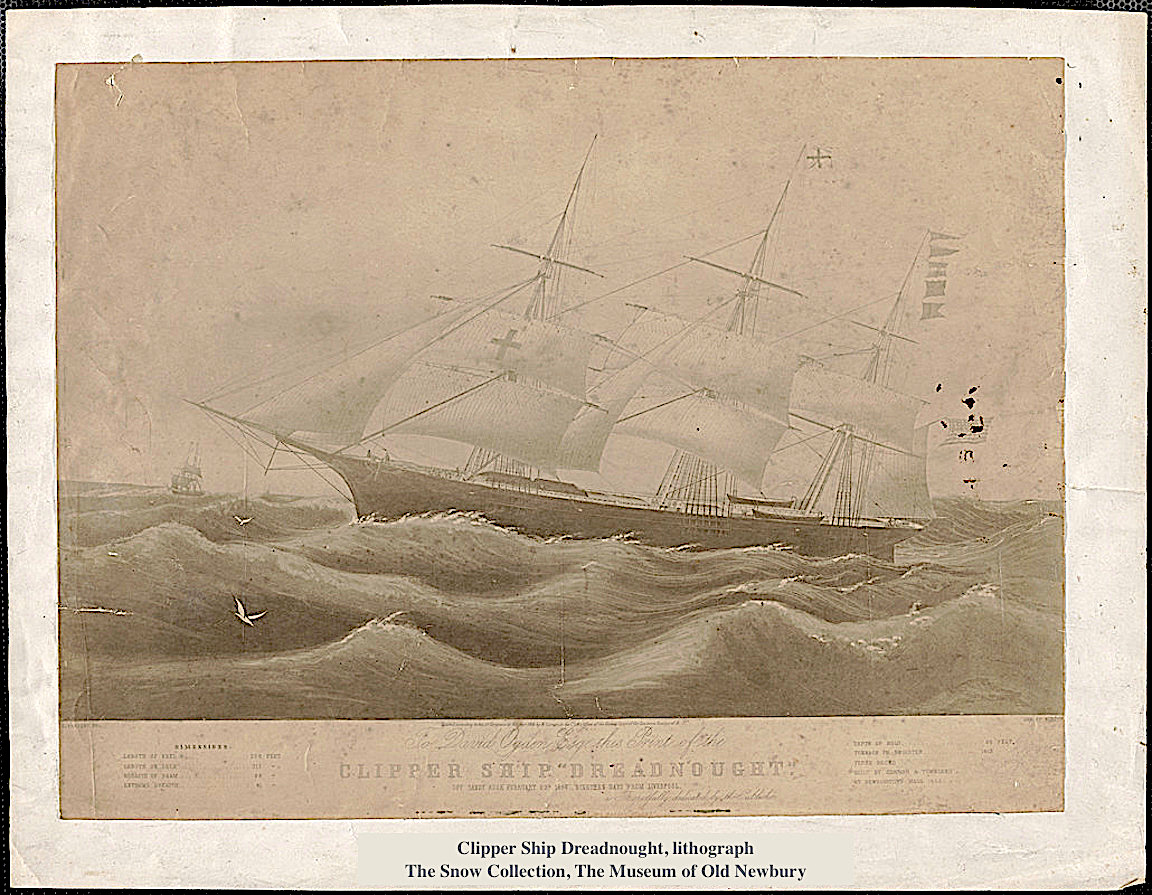 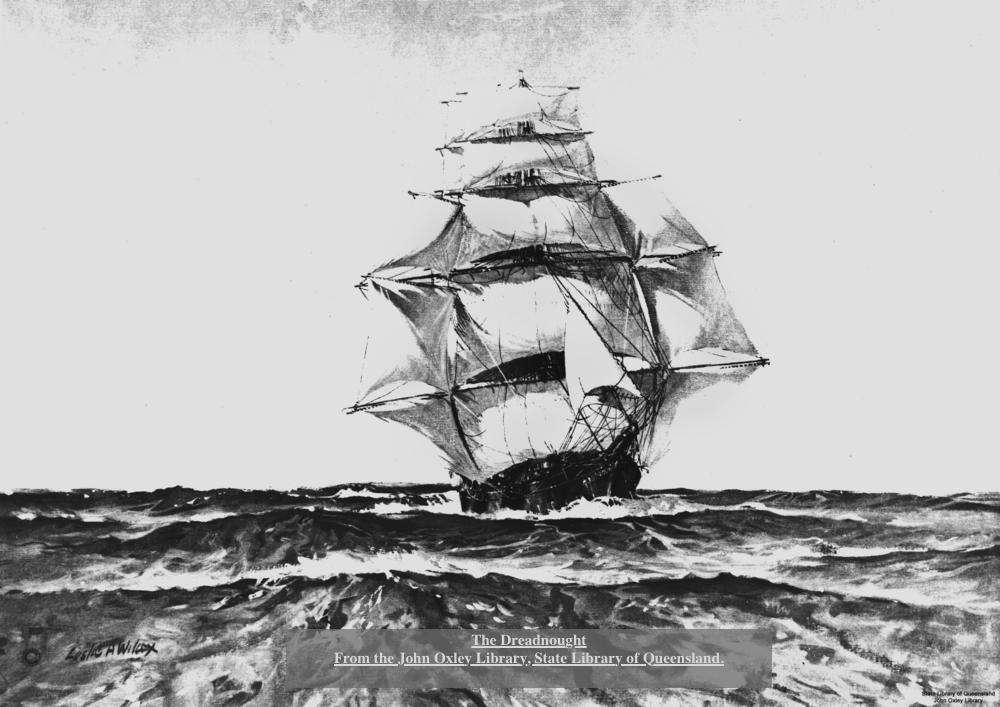 The Dreadnought, the John Oxley Library, State Library of Queensland

The Decline of the Shipbuilding Trade

One of the reasons that the city’s shipbuilding trade declined was that ships got too large for the harbor. A sailing ship weighing 500 tons or more might be able to leave at high tide but it could not return weighed down with cargo. The gradual introduction of the steamship also led to the decline of the building of clipper ships in Newburyport. Although clipper ships could be much faster than the early steamships, they depended on the vagaries of the wind, and steamer ships could keep to a schedule. Newburyport shipbuilders did not move into the construction of metal steam vessels in the late 19th century because they were too heavy to leave or re-enter the harbor. 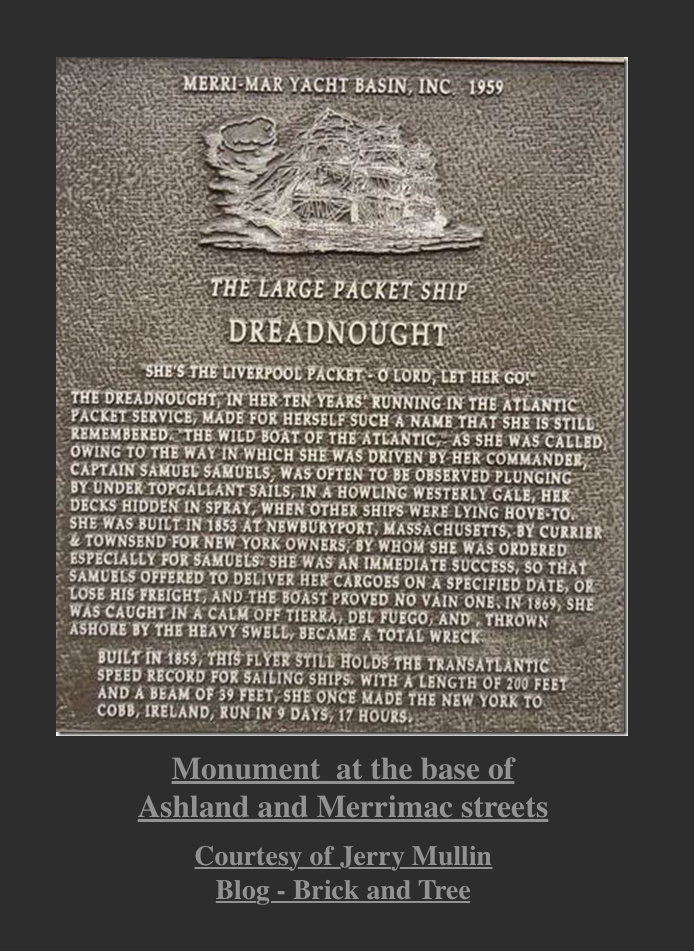