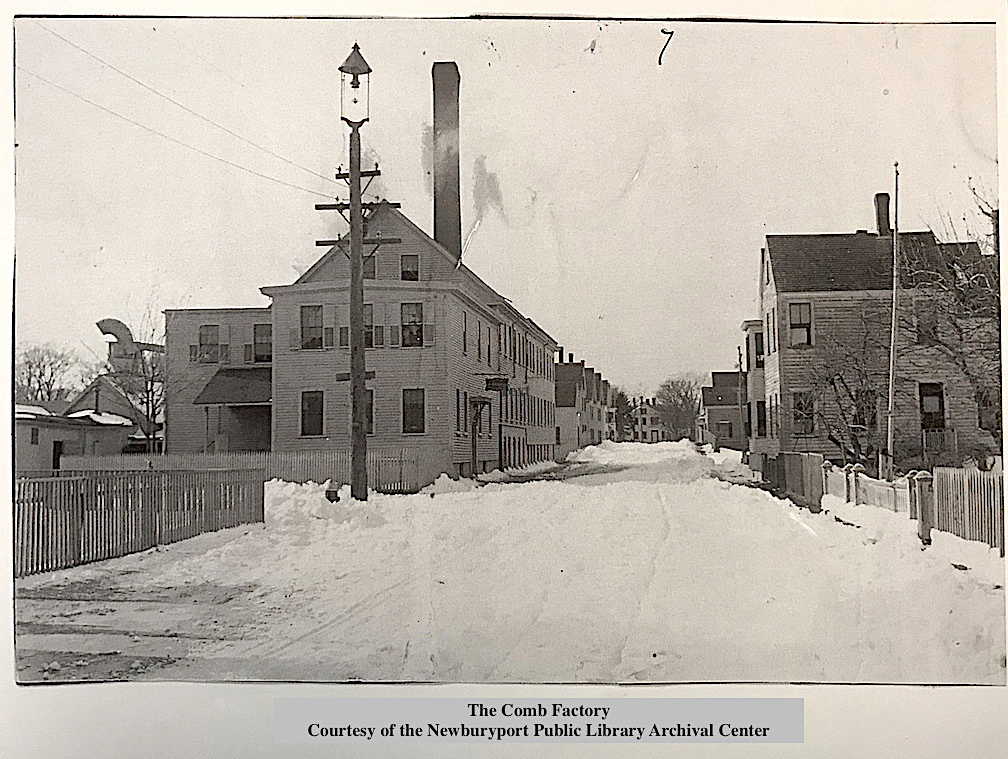 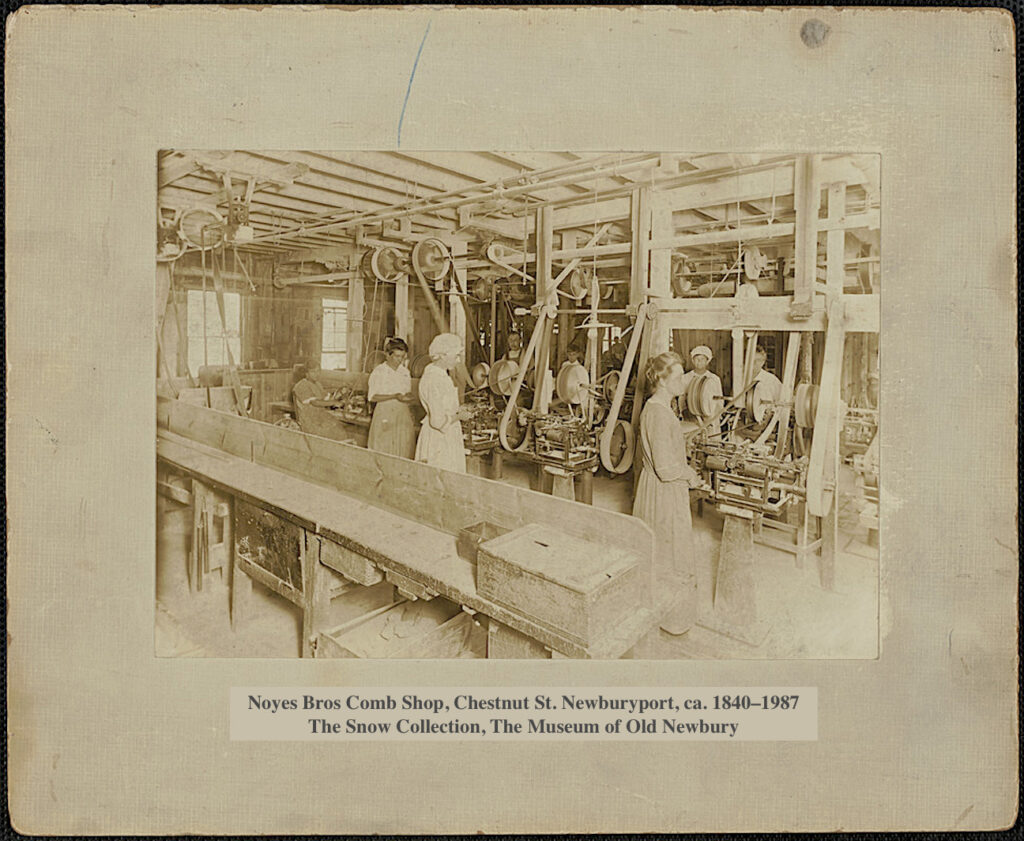 The W.H. Noyes and Brothers Company was a large factory that occupied a full city block between the railroad and Barton Street on Chestnut Street and employed dozens of workers for over 50 years to produce millions of hair combs made from cattle horn. The company was established in 1880 and the factory closed in 1933.

The Newburyport City Railroad delivered weekly carloads of raw horns that came as far away as Texas and South America. In the 1890s the firm employed 85 workers and produced 400 dozen combs every day. Functional fine-tooth combs were made for removing dirt, oil and lice, because many people in the 1800s did not wash their hair often. Beautiful ornate woman’s hair combs were made there as well. 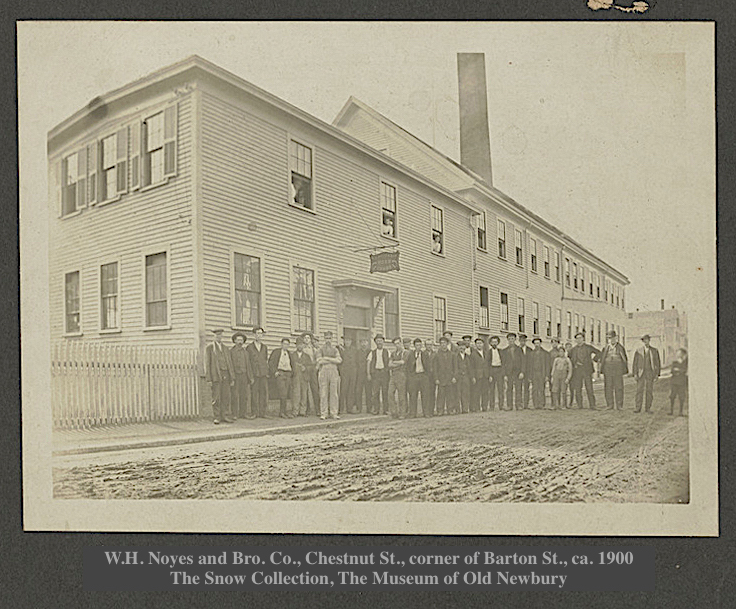 The demand for fancy decorative combs declined with the change in women’s hair styles – short hair styles came into fashion around 1914. 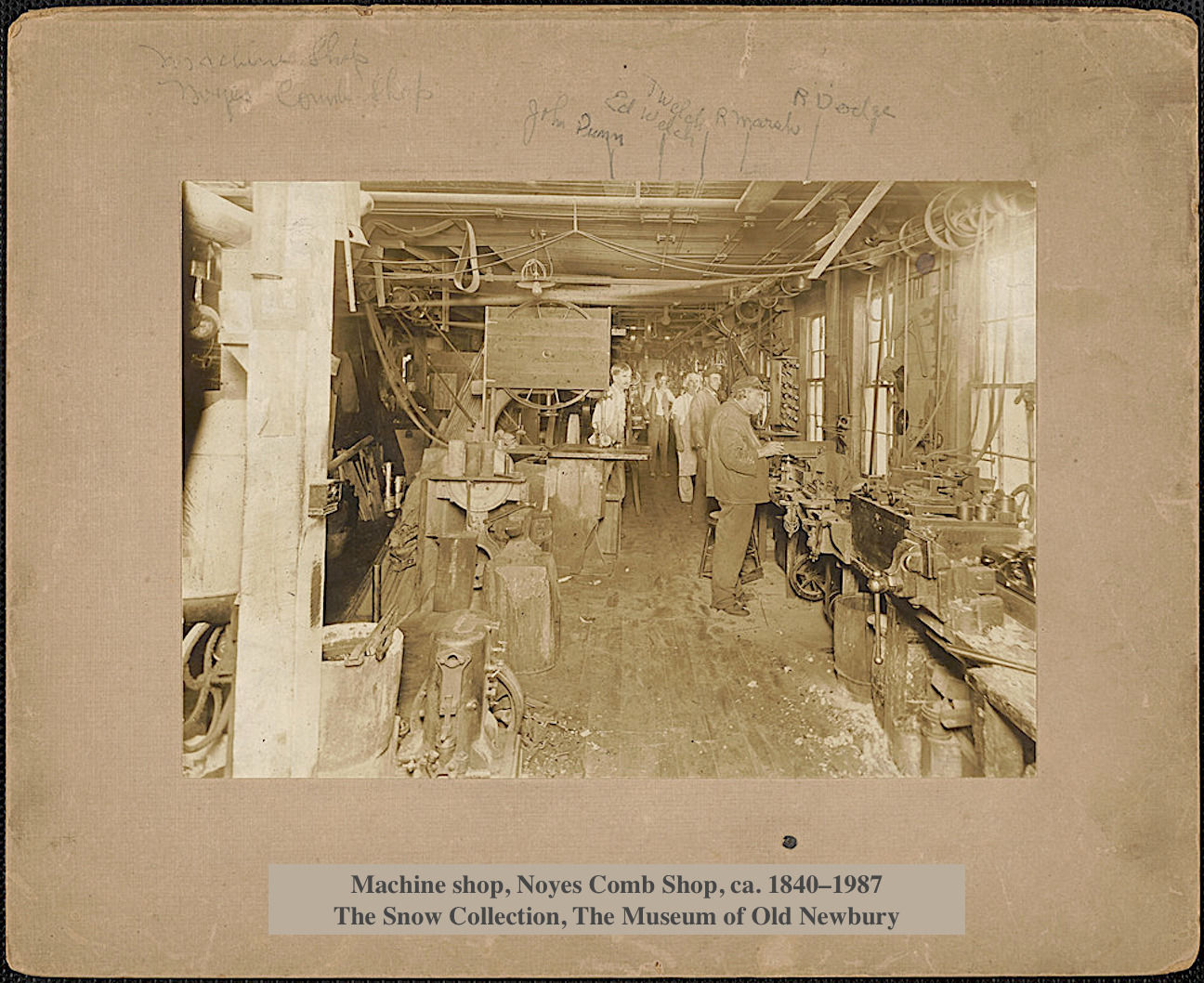 The Comb factory did not adapt to using synthetic plastic to make combs. It closed in 1933. 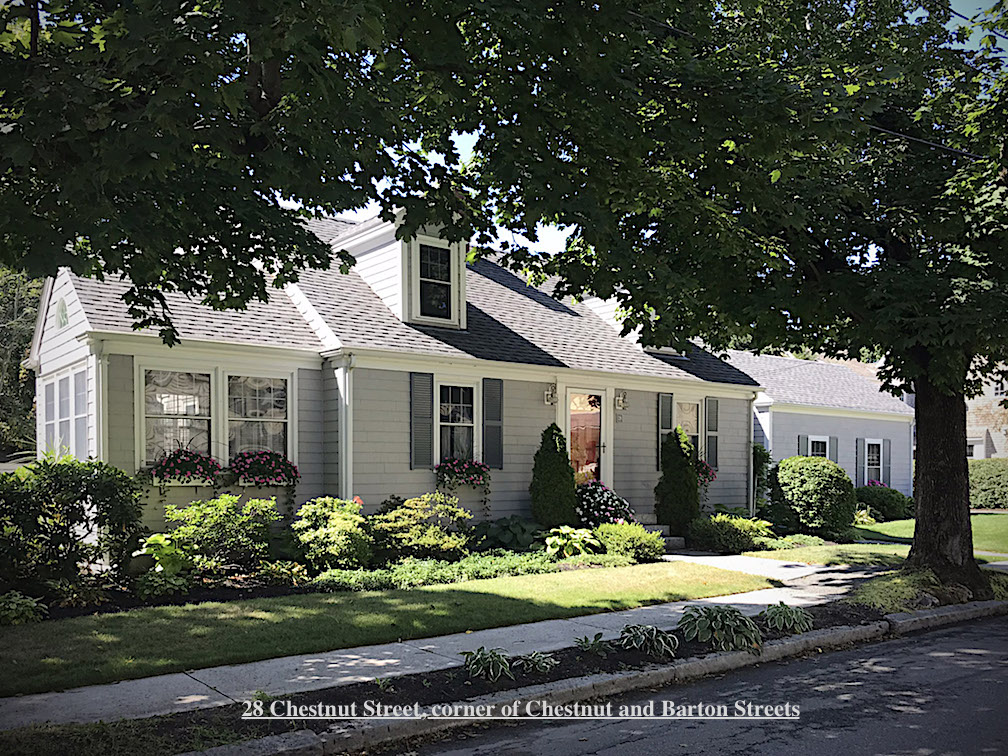 The corner of Chestnut and Barton Streets where the Comb Factory was once located, courtesy of Mary Baker Eaton

The City took the property for unpaid taxes in 1936, then subdivided and sold the land as house lots in 1941. Today, there are six homes on the site of the old horn comb factory.

History is courtesy of Geordie Vining and Skip and Marge Motes, for the City of Newburyport, Clipper City Rail Trail. Please visit the Rail Trail where the plaque about the Comb Factory is located, and read even more about the Comb Factory on Chestnut Street. The history is just one part of this remarkable project for the City of Newburyport, the Clipper City Rail Trail, that so many people enjoy. 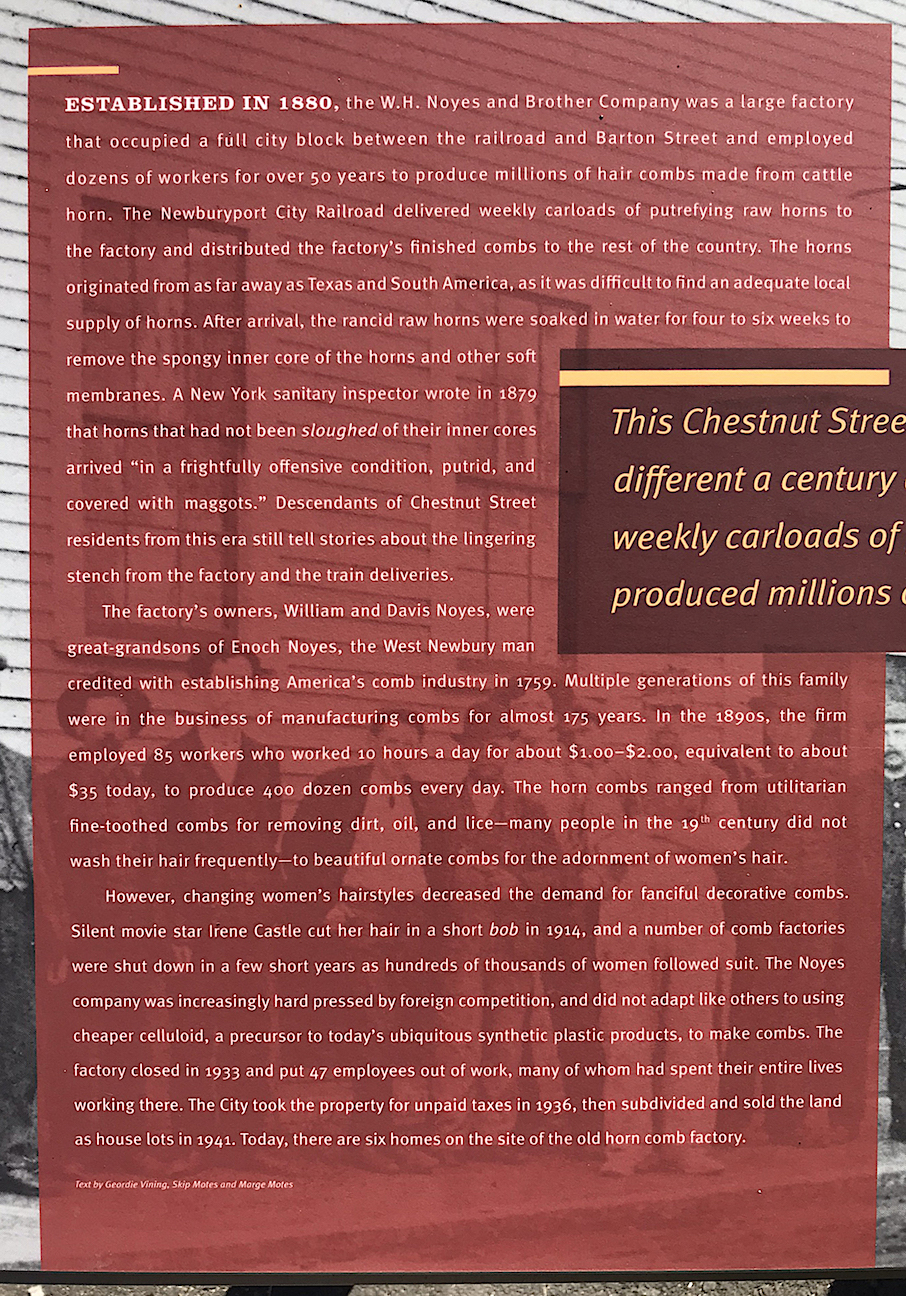 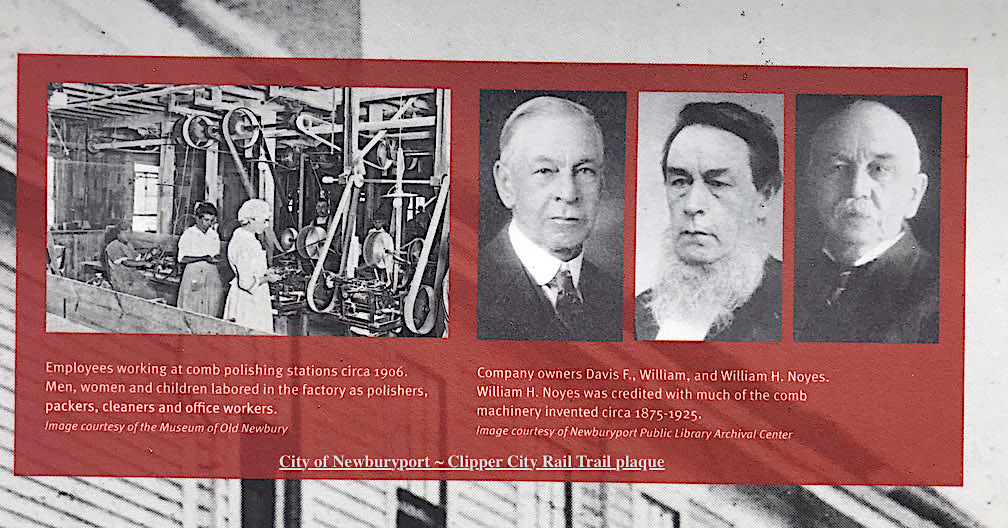 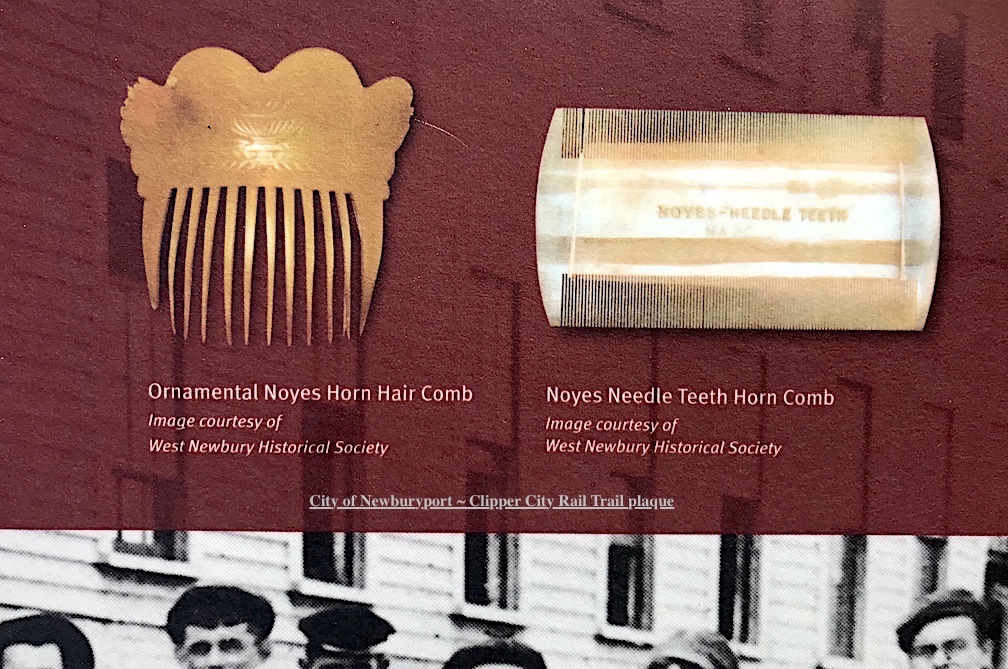 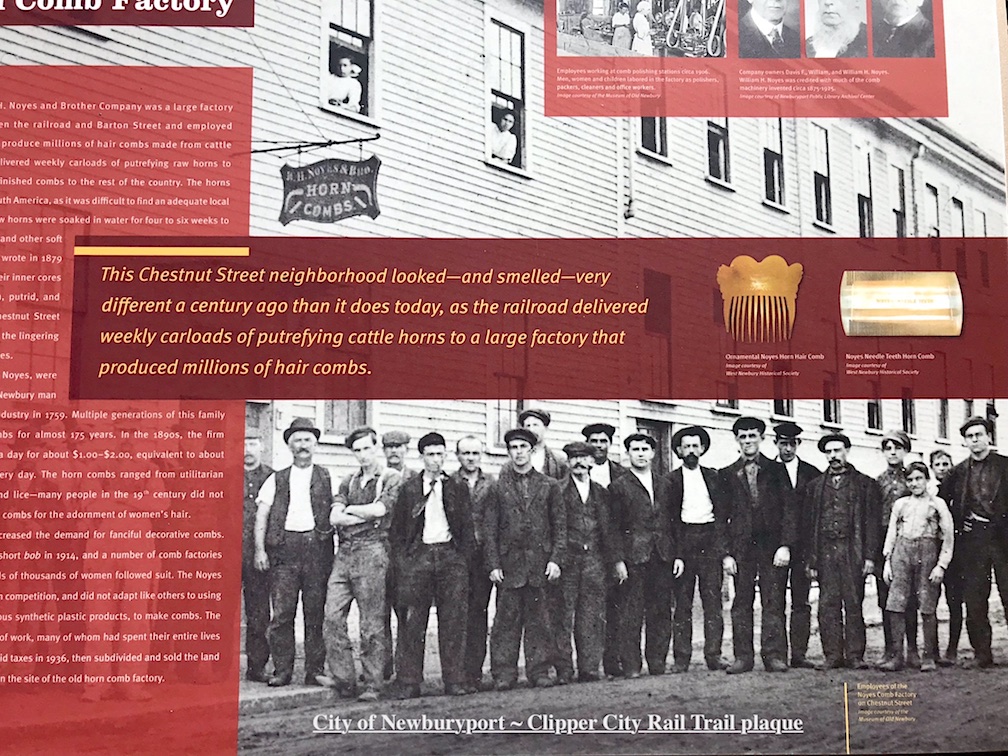 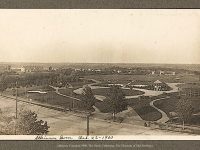