The Jackman School, Between Atwood and School Streets 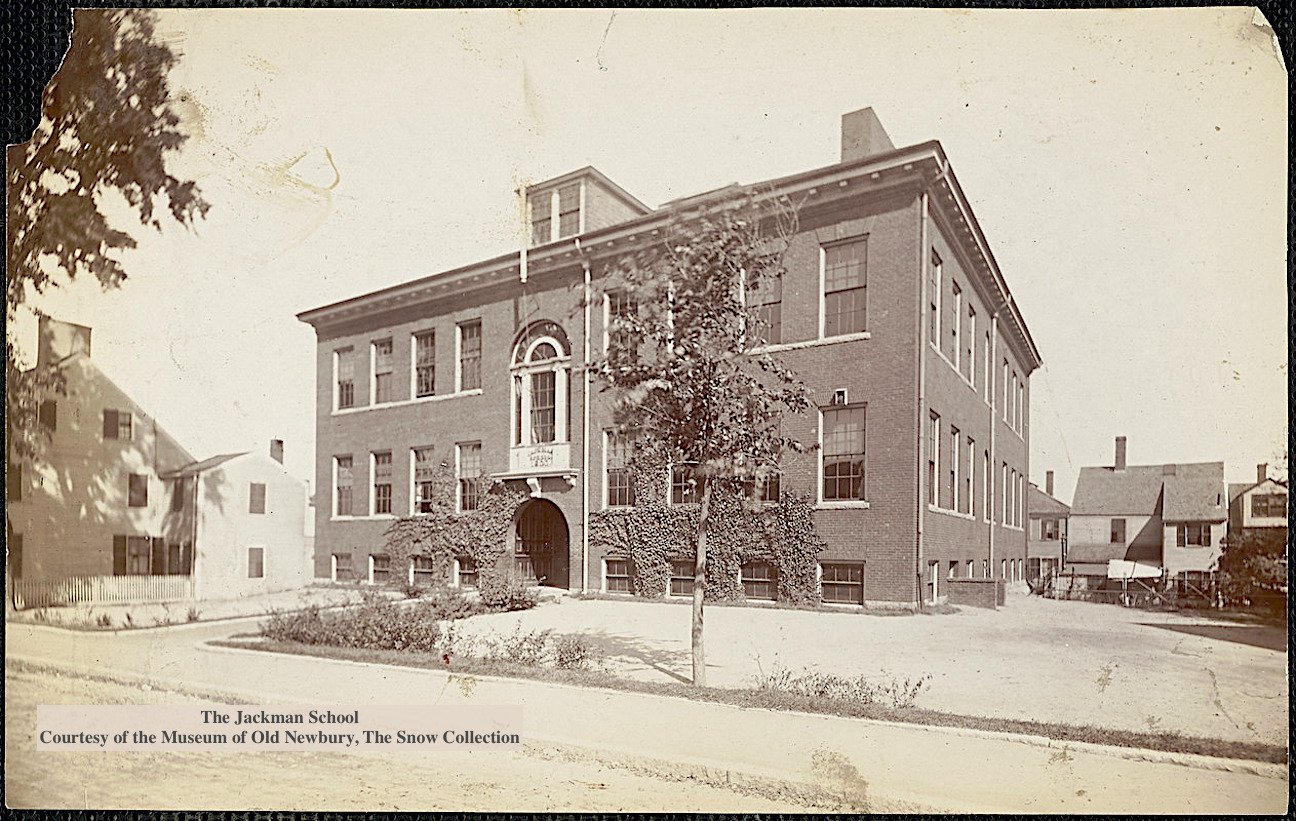 The Jackman School, between Atwood and School Streets – it was the location of 2 schools, possible 3, the first one was built in 1765.

School Street was created in 1753 and the first school house was built in 1765.* A school house appears on the 1851 map, I do not know if it was the one built in 1765 or a later version. The 1872 map and 1884 map also show a school building. By that time it had been named the Jackman School, after George W. Jackman who became mayor of Newburyport in1861, when he filled the vacancy created when the serving mayor died in office. He served six years as mayor, and held that office throughout most of the Civil War. At other times he was an alderman, councilman, postmaster, and customs collector, and he was elected to the state legislature as well. He was also a famous shipbuilder, and purchased the Jackman Shipyard in 1849 (please see the Jackman Shipyard on the Interactive Map as well as 51 Woodland Street where he lived). George Jackman’s obituary stated that, “He was one of the foremost shipbuilders of the city and was one of the sturdy men whose brain and handiwork made Newburyport famous in every part of the world.” 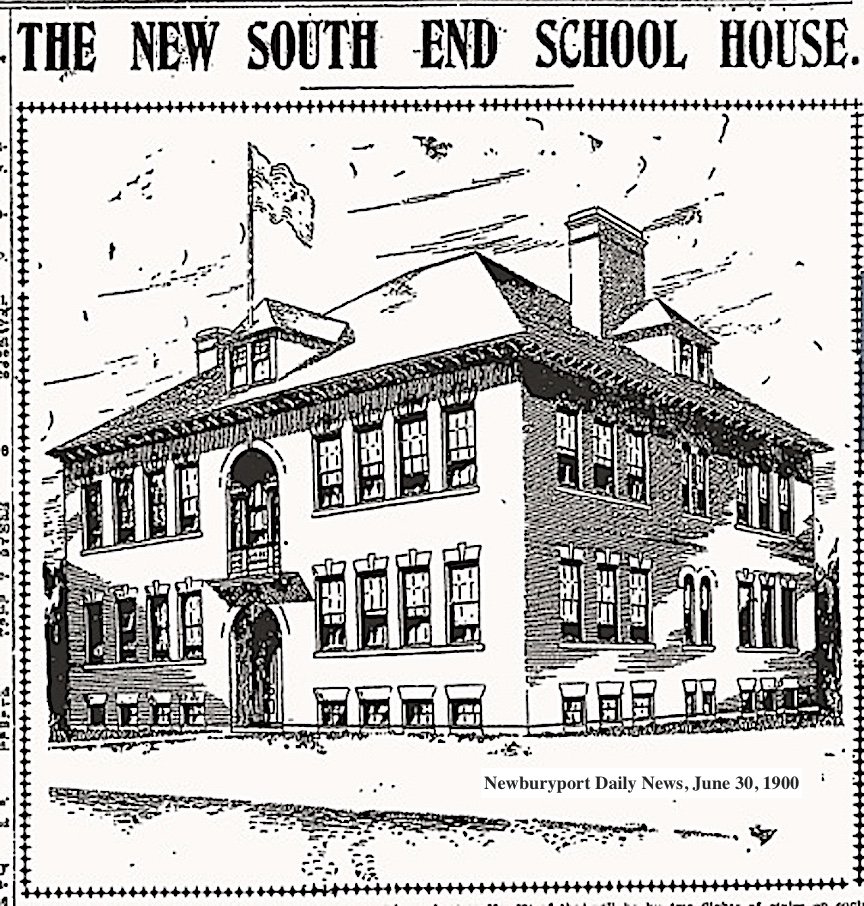 Around 1899 the existing school house was described as, “Wretched, worse than any prison or almshouse in the state, the impure air was shortening the lives of the pupils who were forced to go there.”** 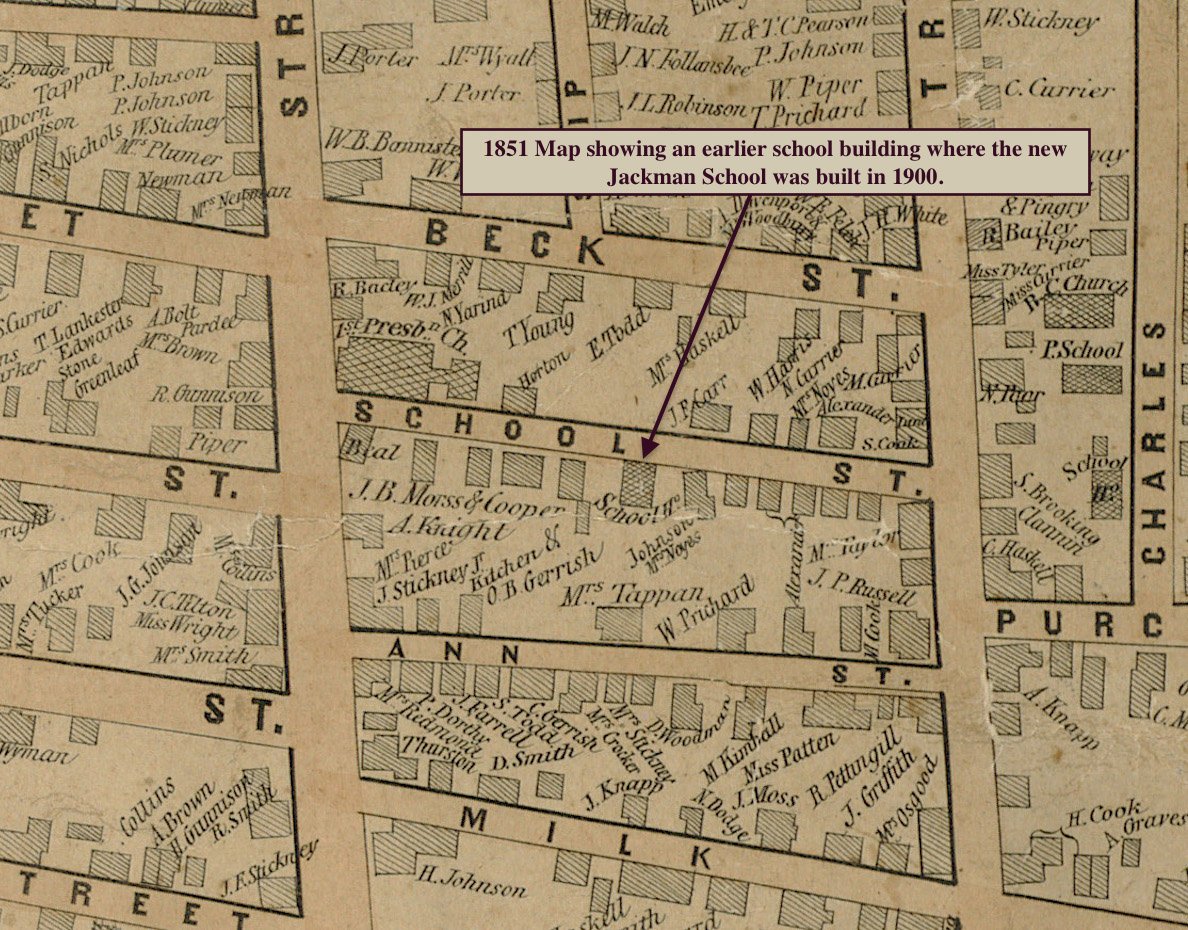 1851 Map showing an earlier school building where the new Jackman School was built in 1900. 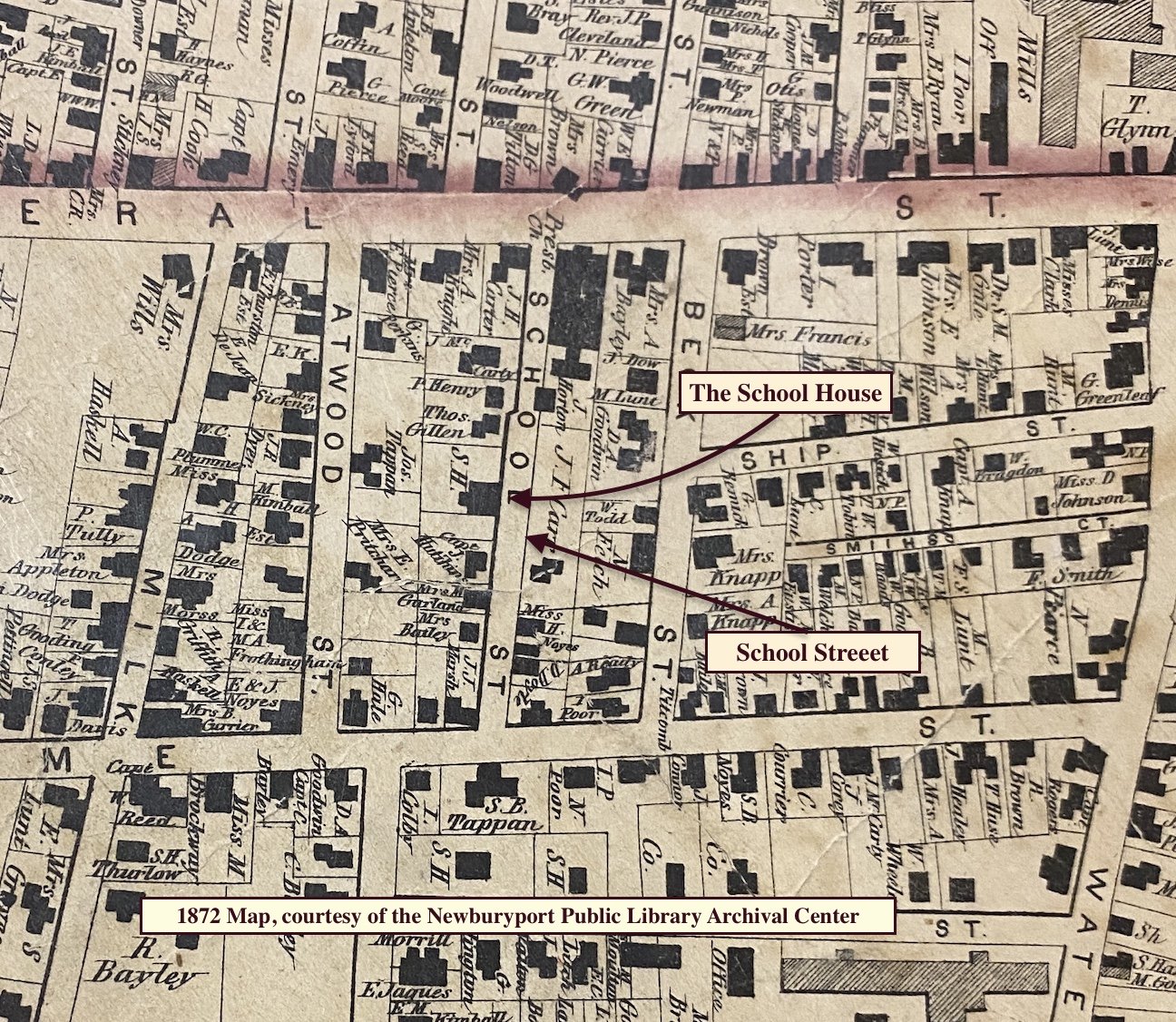 1872 Map, courtesy of the Newburyport Public Library Archival Center showing an earlier school building where the new Jackman School was built in 1900. 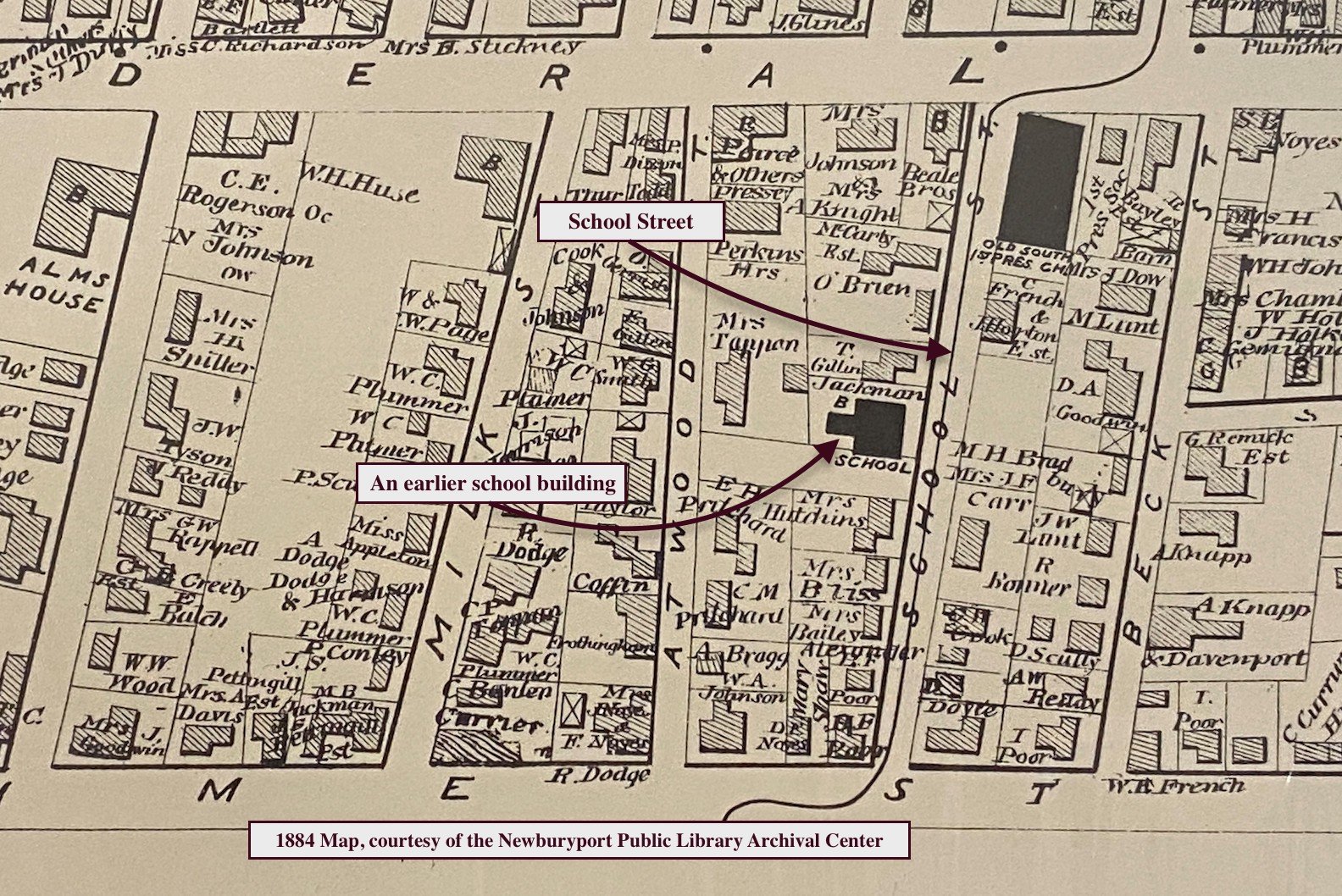 1884 Map, courtesy of the Newburyport Public Library Archival Center showing an earlier school building where the new Jackman School was built in 1900.

By 1975 the building was described as, “Long outmoded and abandoned when the Rupert A. Nock Middle School was opened on low street.”^* Like the Kelly School and the Brown School there was a great deal of discussion about what could be done with the building. Eventually it was demolished in 1975 and is now the site of Atwood Park.

1906 Sanborn Fire Map from the Library of Congress, showing the new Jackman School. 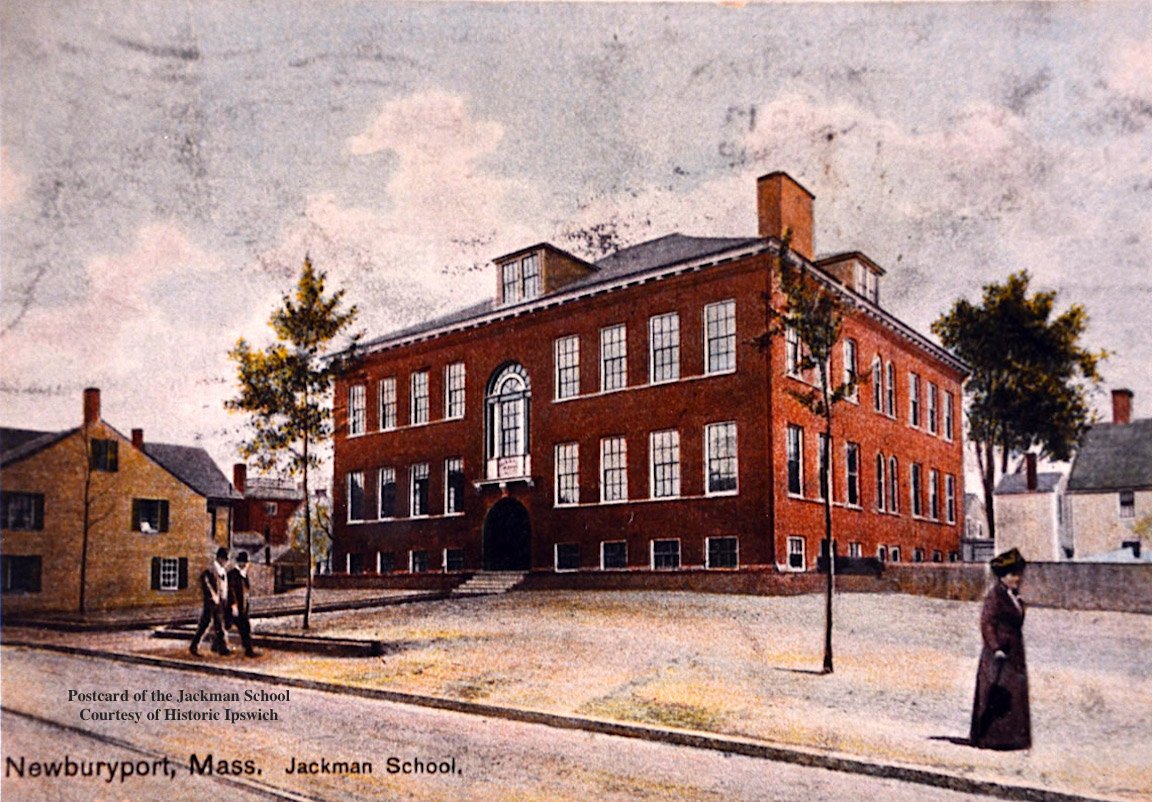 Postcard of the Jackman School, courtesy of Historic Ipswich