At the Foot of Forrester Street, it started around 1790 and closed in 1874 - one of many shipyards along the Merrimac River in the North End of Newburyport. 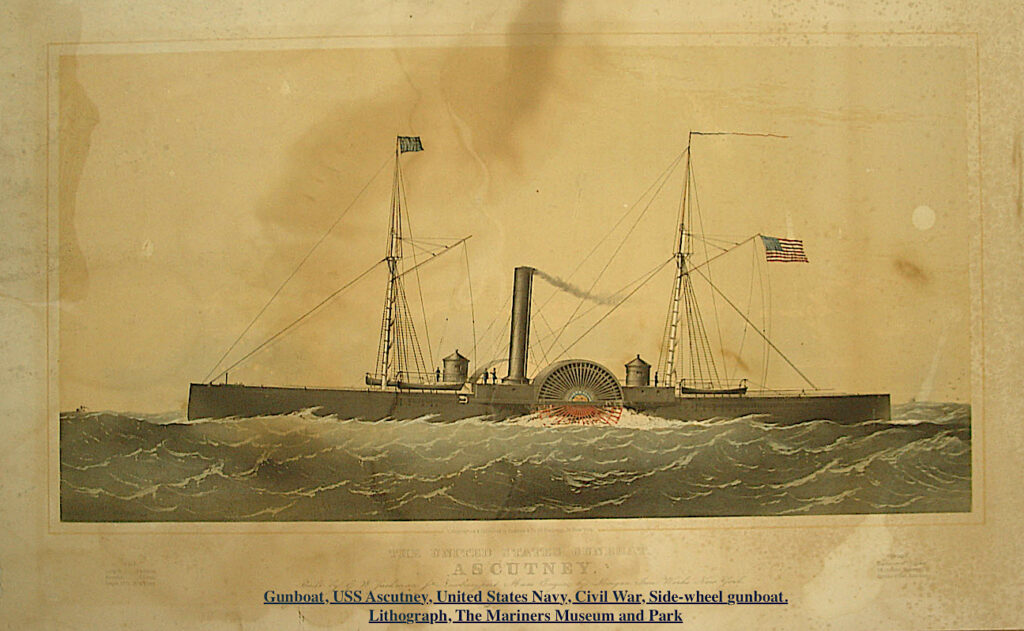 The Jackman family built ships for over eighty years, their shipyard was at the foot of Forrester Street along the Merrimac River.  Elias Jackman began building vessels by 1790 probably until 1833, and by the 1820s Joseph Jackman had built several large vessels and schooners.

Stephen and George Jackman were the last two family members to join the business and built at least 60 vessels. Stephen was one of only two builders in Newburyport at the time who built steamers, due to the challenges involved in their construction.

In 1849 George Jackman purchased the shipyard, and between 1850 and 1861 Jackman constructed nine clipper ships, four barks (a kind of ship), and one schooner. 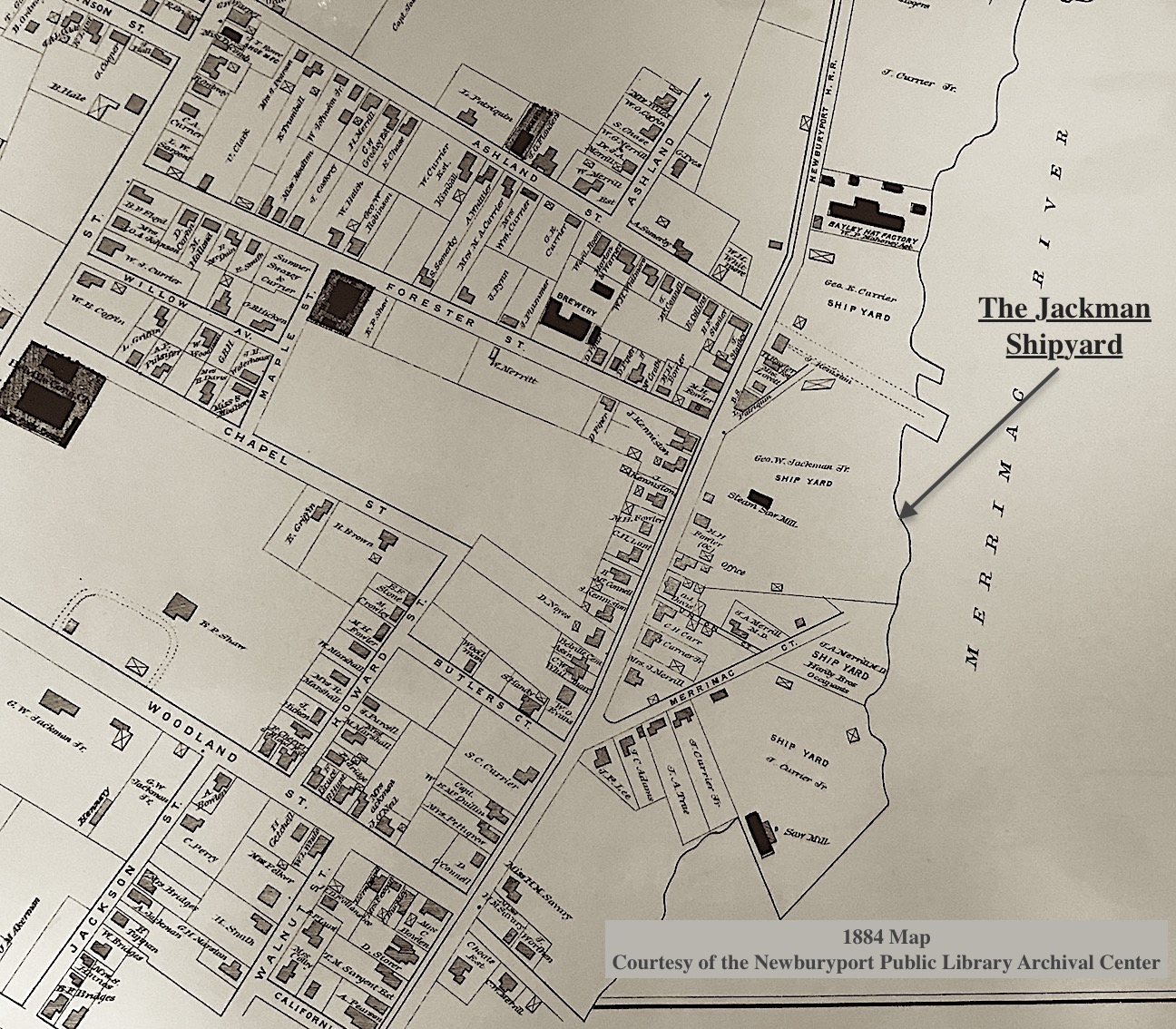 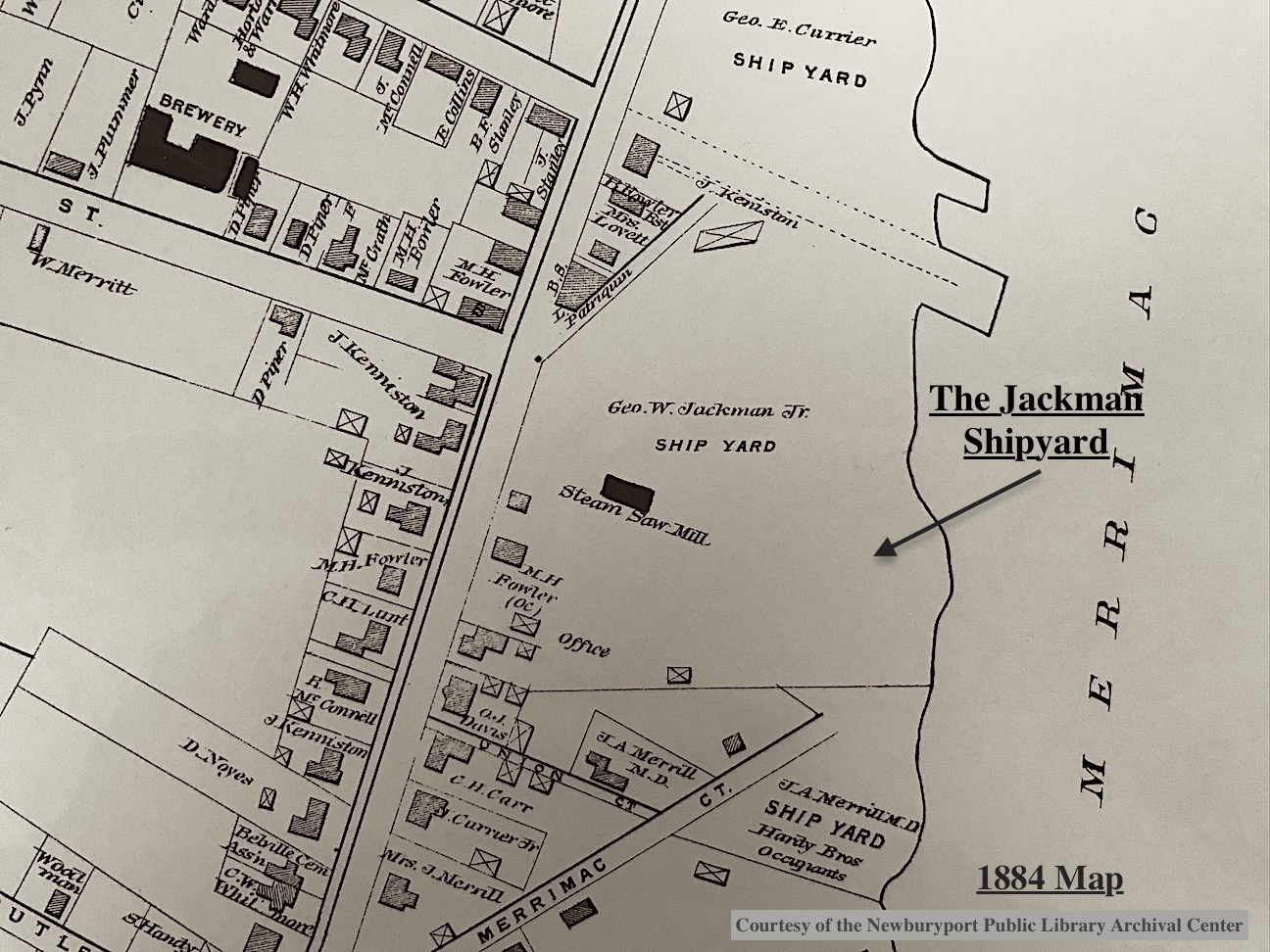 George Jackman (1814-1895) became mayor of Newburyport in 1861, when he filled the vacancy created when the serving mayor died in office. He served six years as mayor, and held that office throughout most of the Civil War. At other times he was an alderman, councilman, postmaster, and customs collector, and he was elected to the state legislature as well. The Jackman School was named after him.

In 1861 Mr. Jackman secured a government contract to build the U. S. steamer gunboat the Marblehead which was 529 tons. Construction began in April of 1861 and was completed six months later. The Marblehead patrolled the East coast in search of Confederate vessels. Another steamer gunboat, the Ascutney which was 1,040 tons, was completed in 1863. The Ascutney was used by the Union Navy to assist in the blockade of Confederate waterways during the Civil War.

George Jackman built the two largest wooden steamships in Massachusetts, the Ontario in 1866, and the Erie in 1867, each over 200 feet long and weighing 3,000 tons for a company of Boston merchants. The Newburyport Herald reported, “There are as many men working on these two steamers as there are employed in all other yards put together.” The day of the launching the Ontario the railroads ran special trains that carried hundreds of passengers and shipbuilders from Boston and other ports for the gala occasion. All the shops in town closed in honor of the launching.* 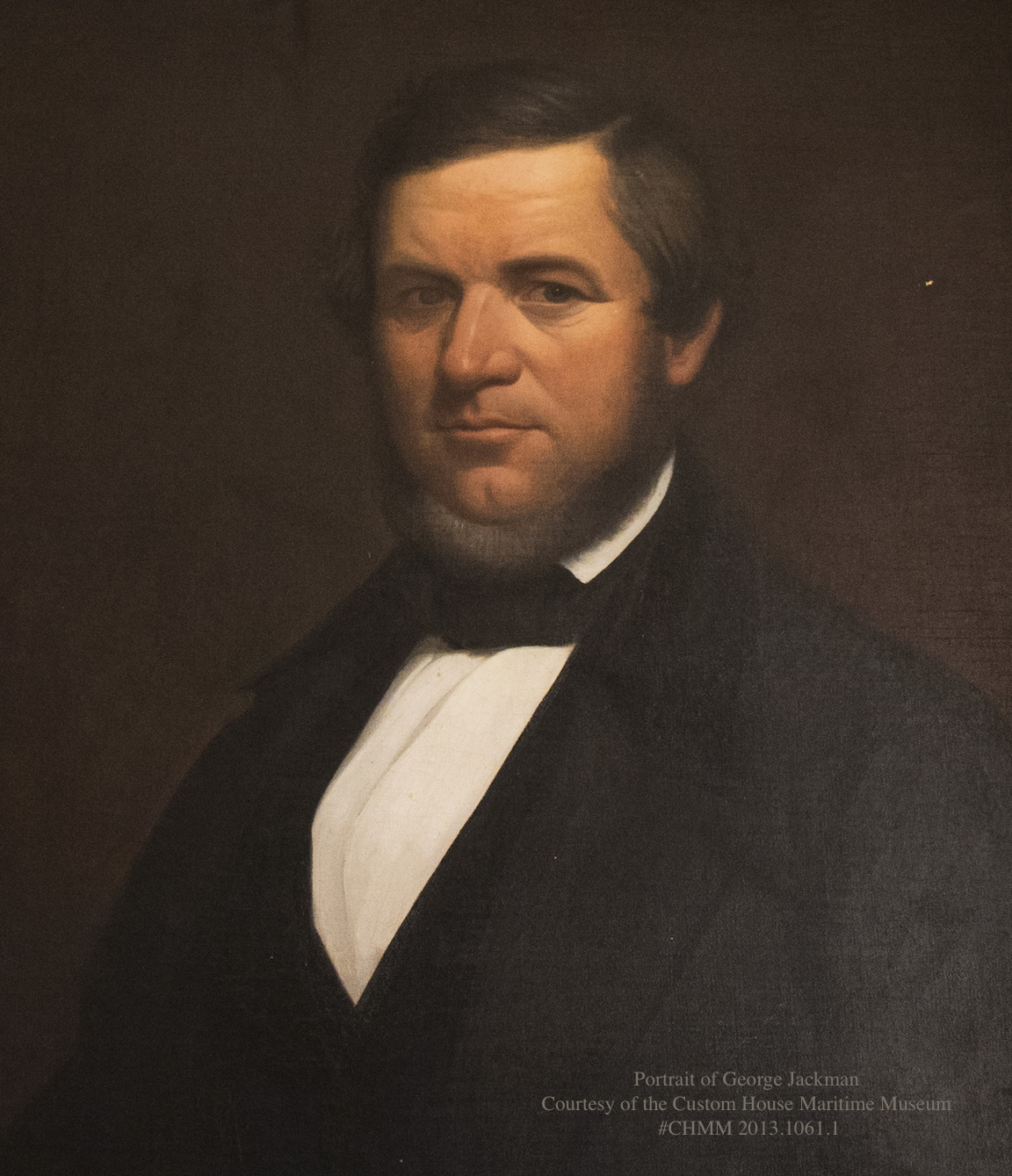 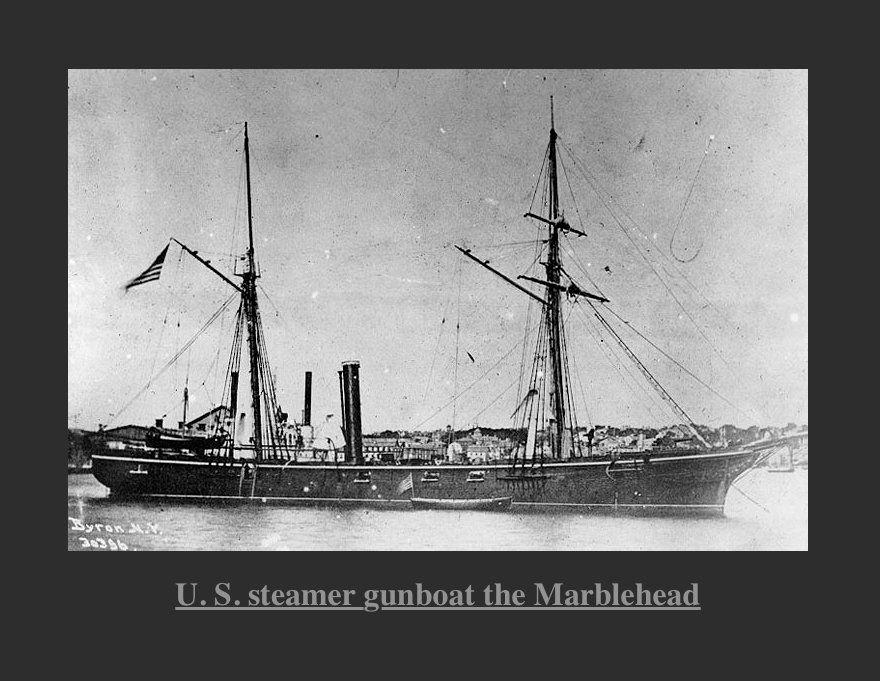 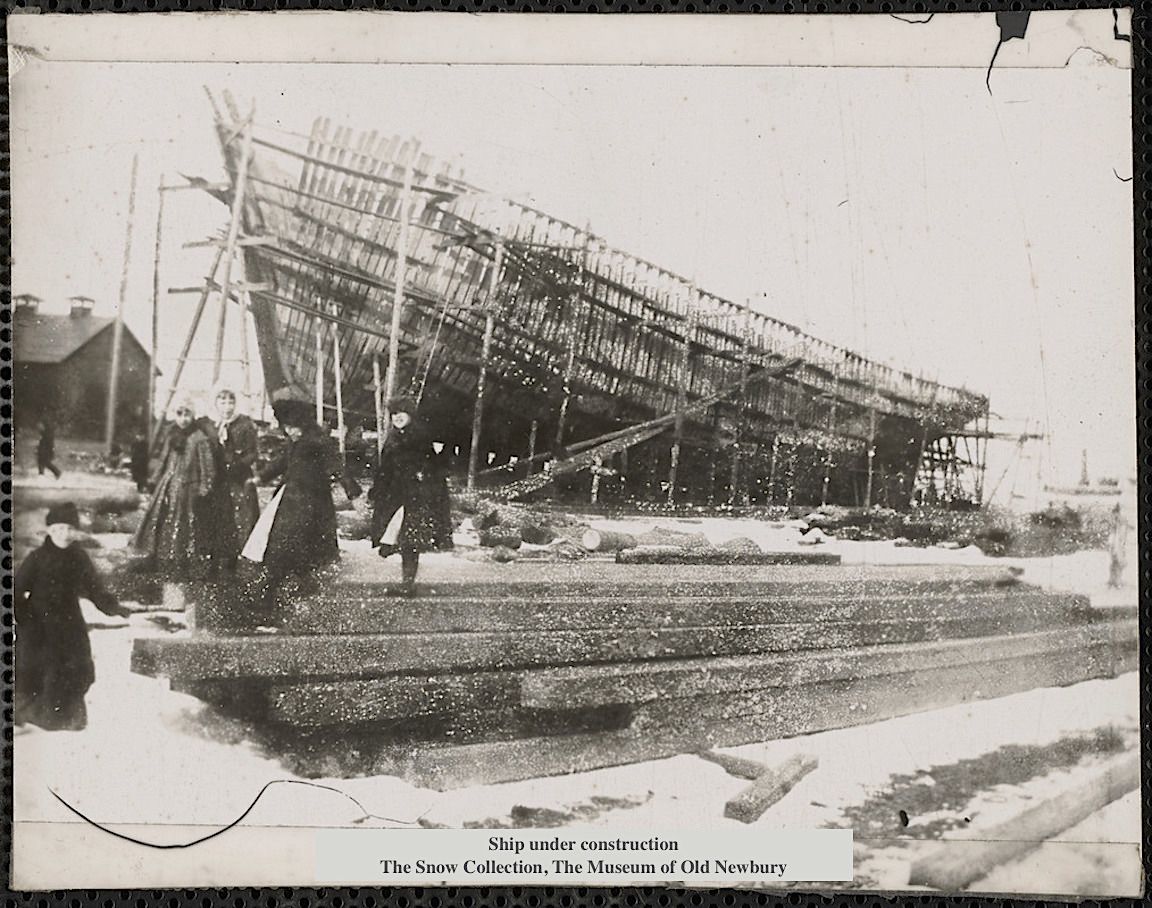 Ship under construction, The Snow Collection, The Museum of Old Newbury

George Jackman’s obituary stated that, “He was one of the foremost shipbuilders of the city and was one of the sturdy men whose brain and handiwork made Newburyport famous in every part of the world.”

The shipyard closed in 1874. The Jackman family built a greater variety of vessels than any other shipyard, from a 100-ton schooner, government war vessels, clipper ships, barks, and brigs, to the largest steamships ever built in the city.* 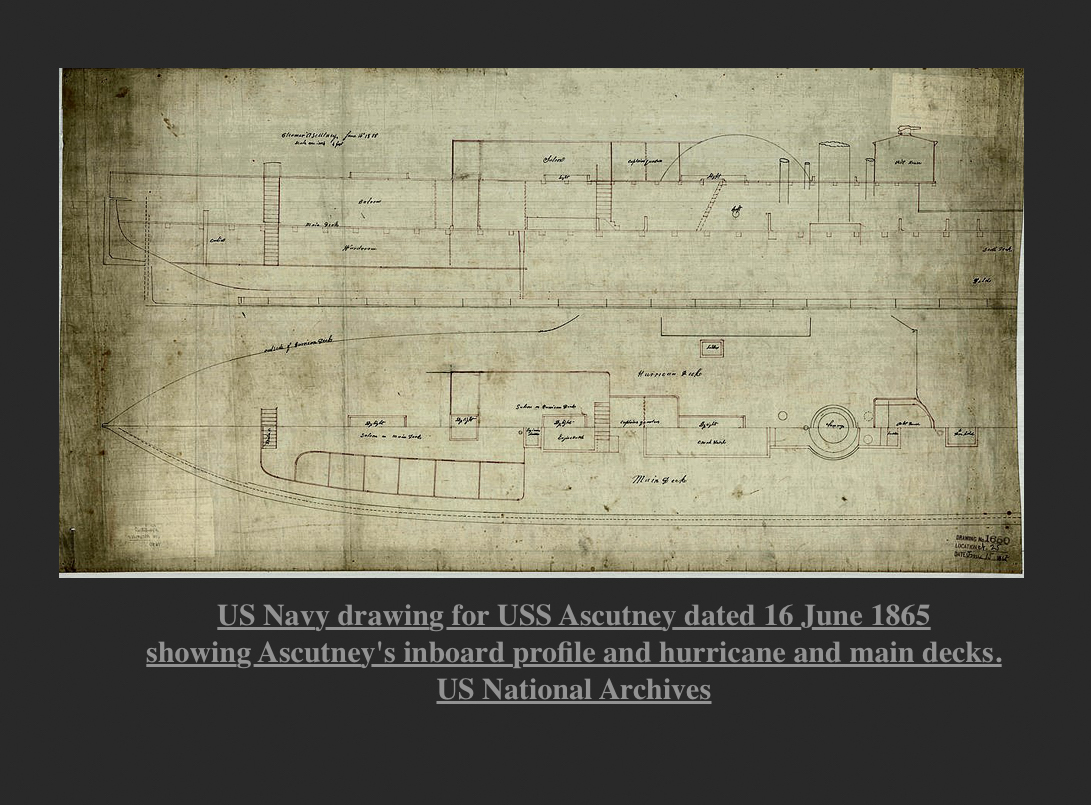 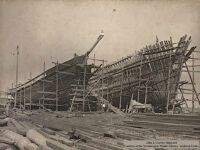 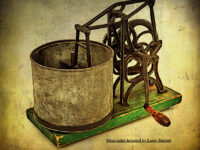