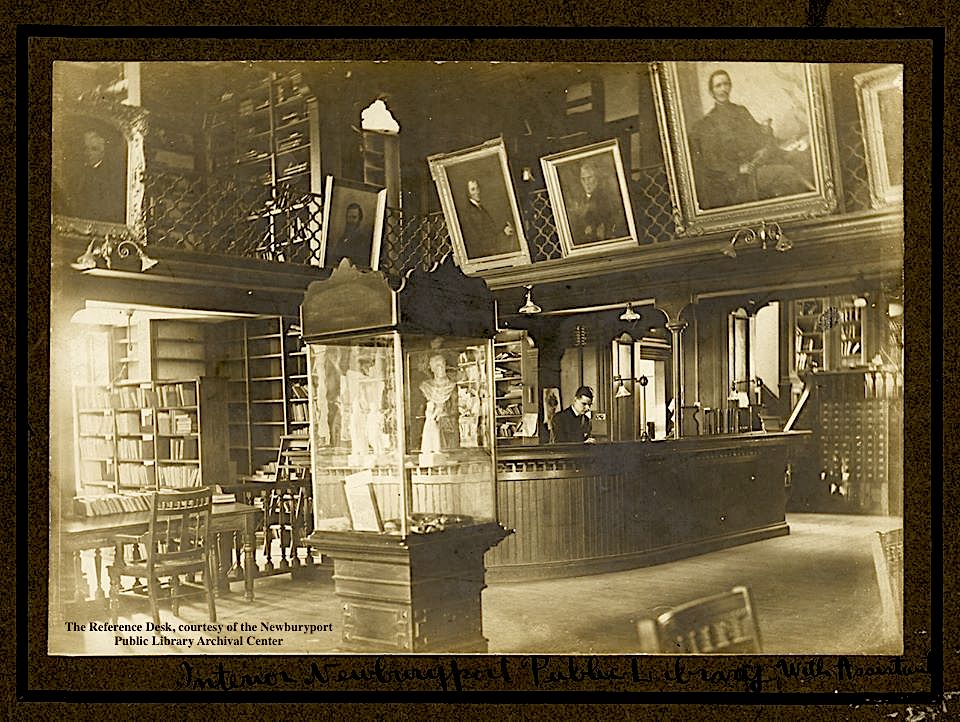 The Newburyport Public Library was built in 1771 by Patrick Tracy for his son Nathaniel Tracy, who equipped and sent out the first privateer which sailed from the United Colonies against England. During the revolution he was the principal owner of fifty cruisers which captured one hundred and twenty vessels from the enemy. George Washington, Thomas Jefferson, John Quincy Adams, the Marquis de Lafayette, Benedict Arnold and Aaron Burr were some of the people who were entertained in this historic place. In 1865 it became the Newburyport Public Library.* Please see references at the bottom of the page for more of the Library’s history. 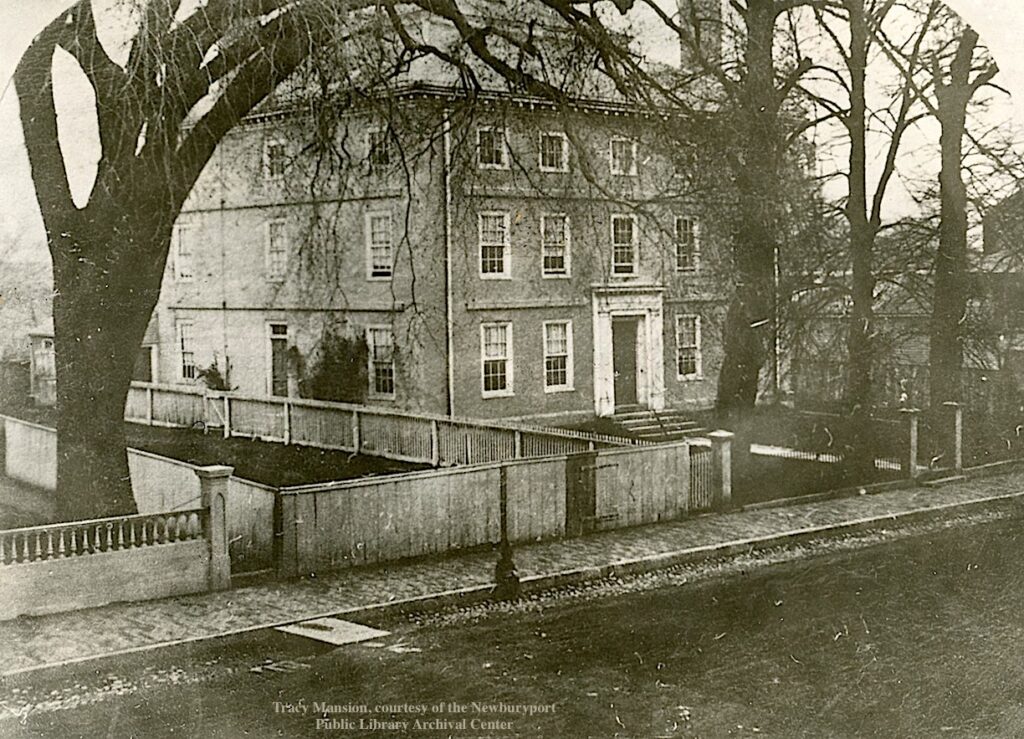 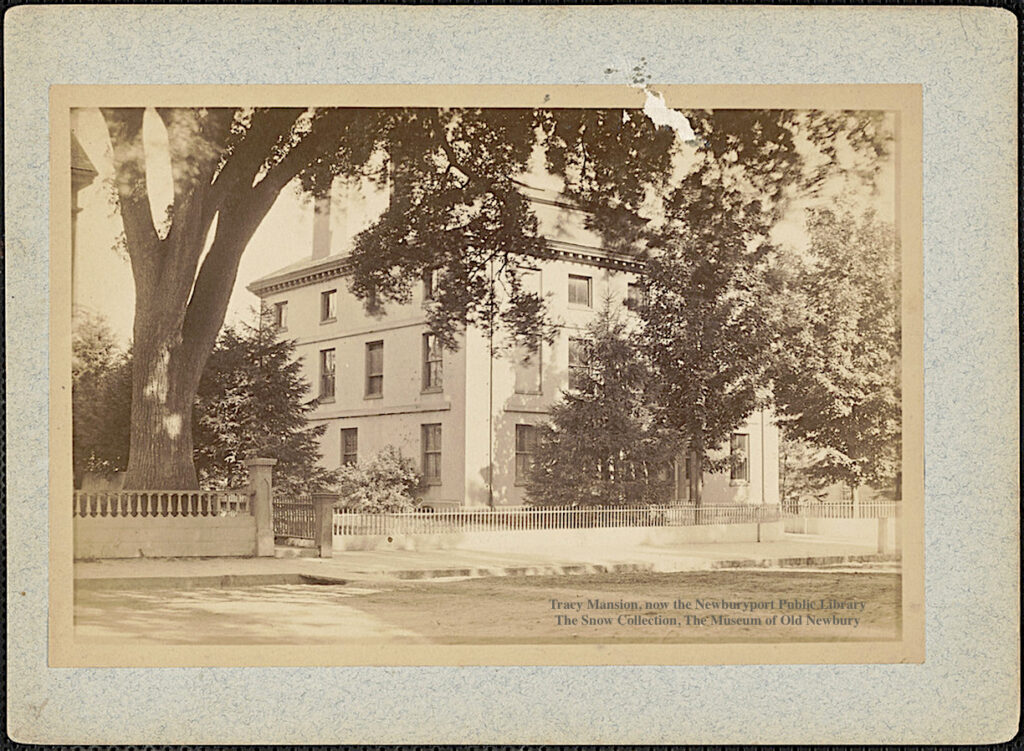 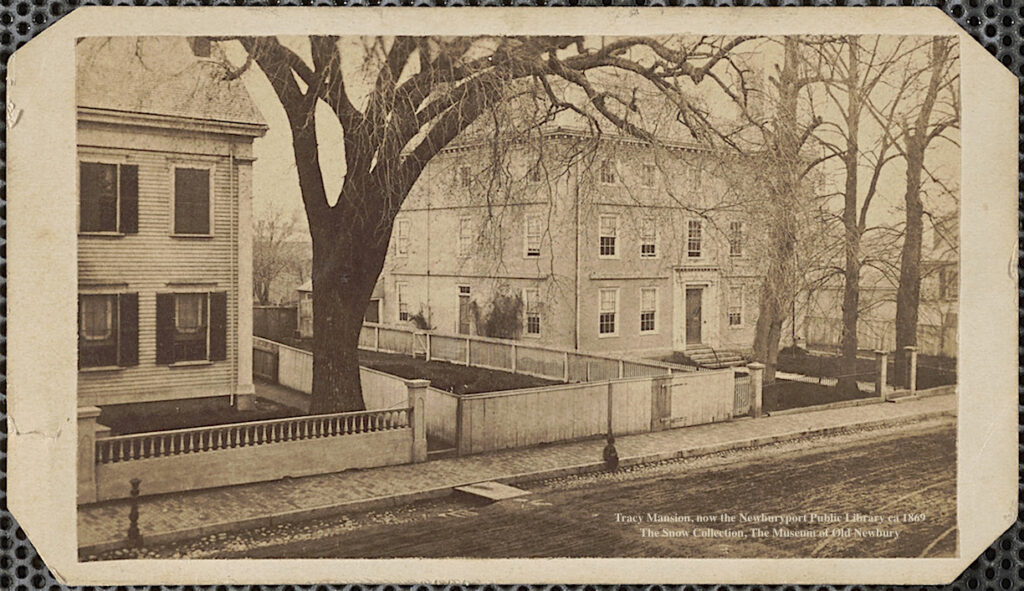 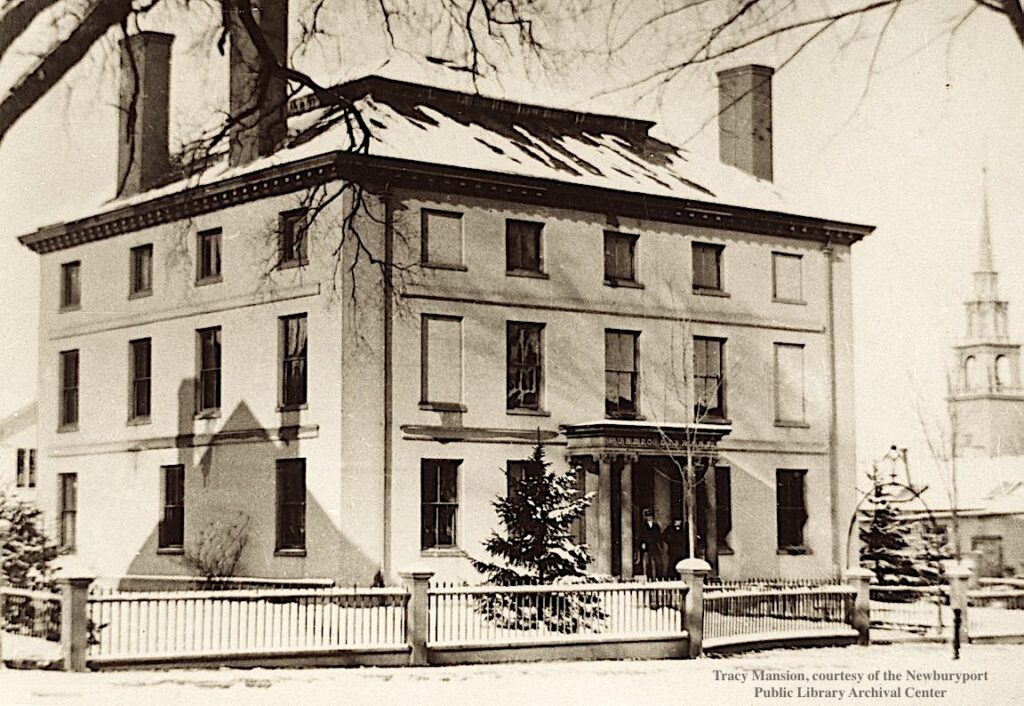 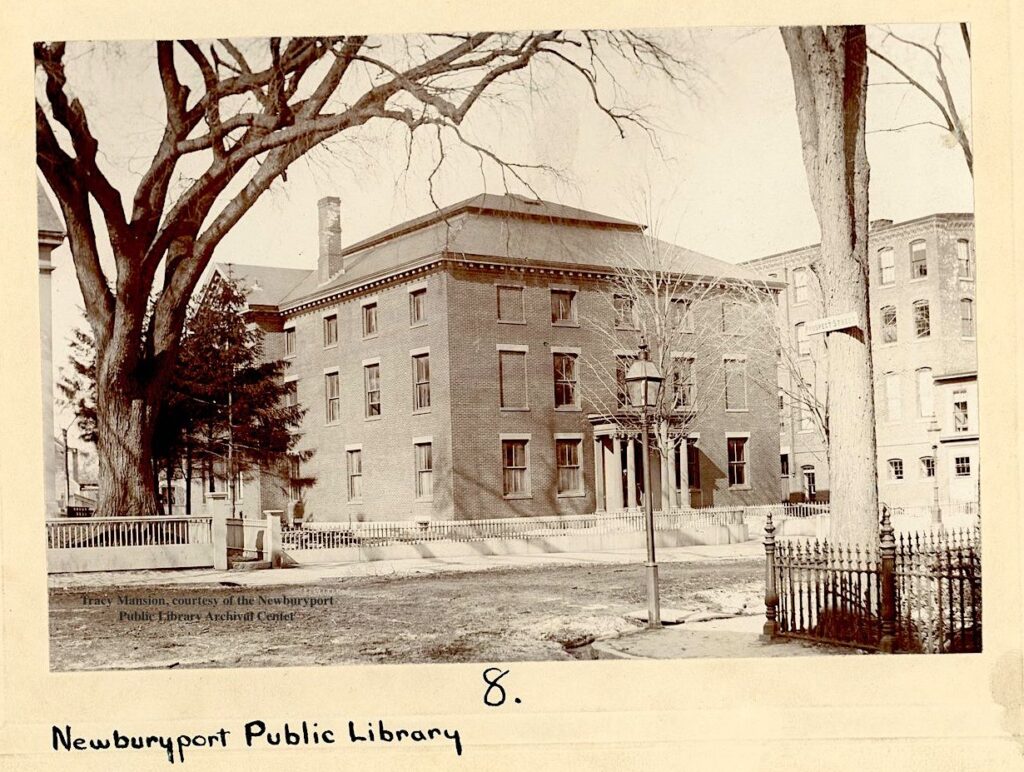 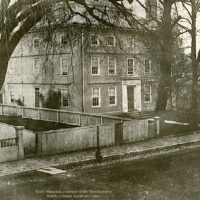 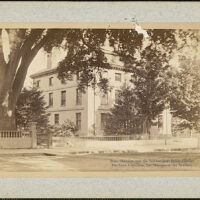 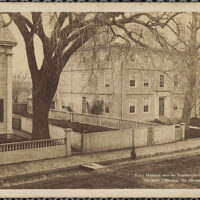 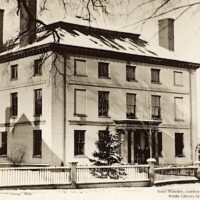 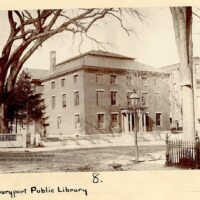 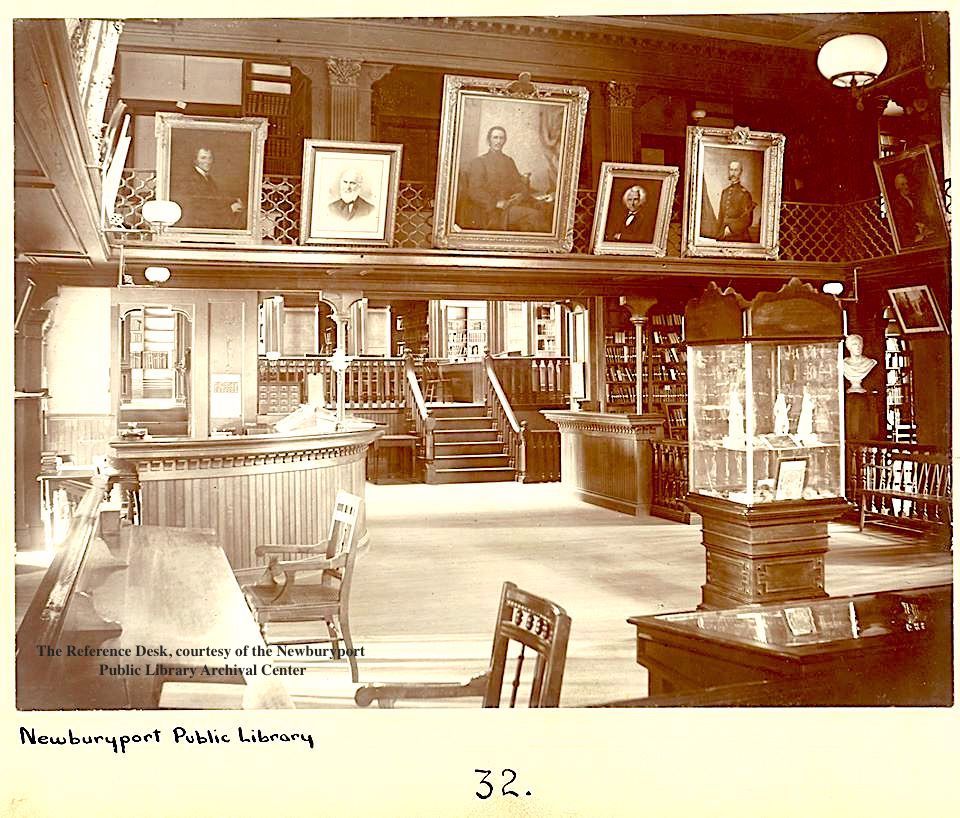 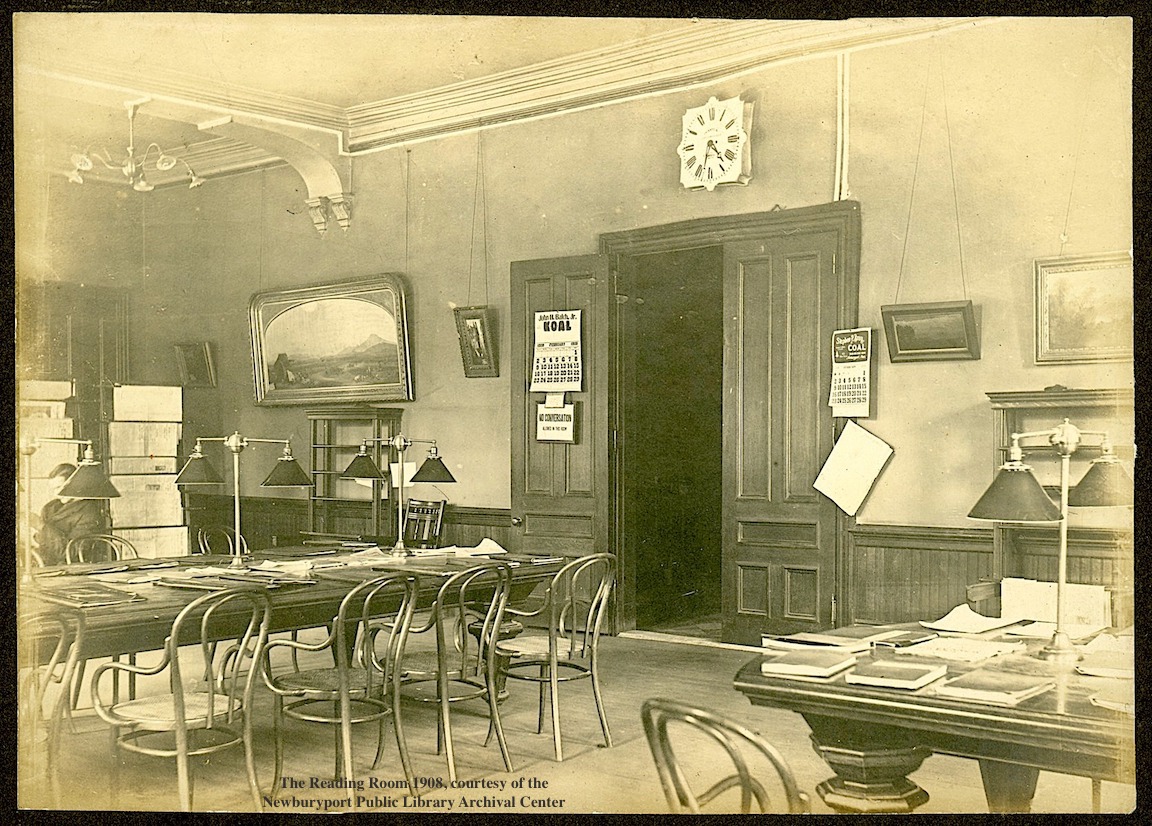 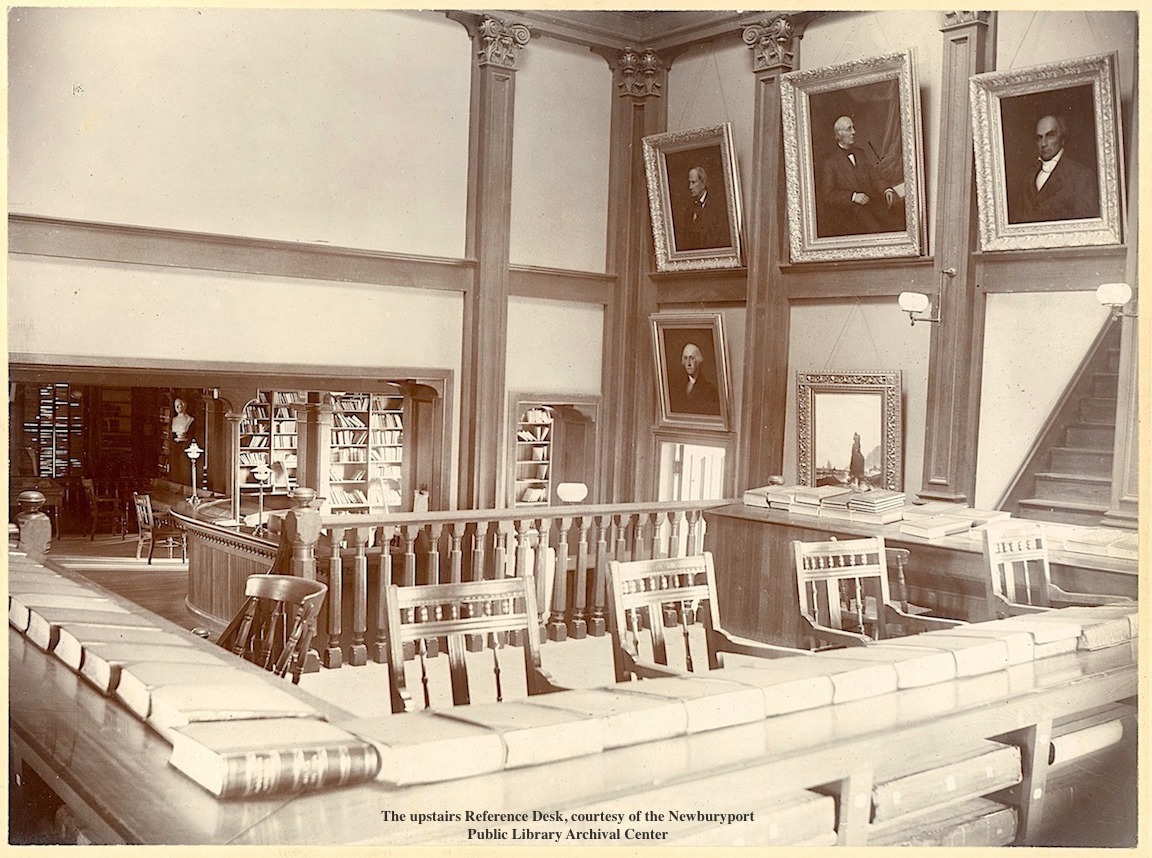 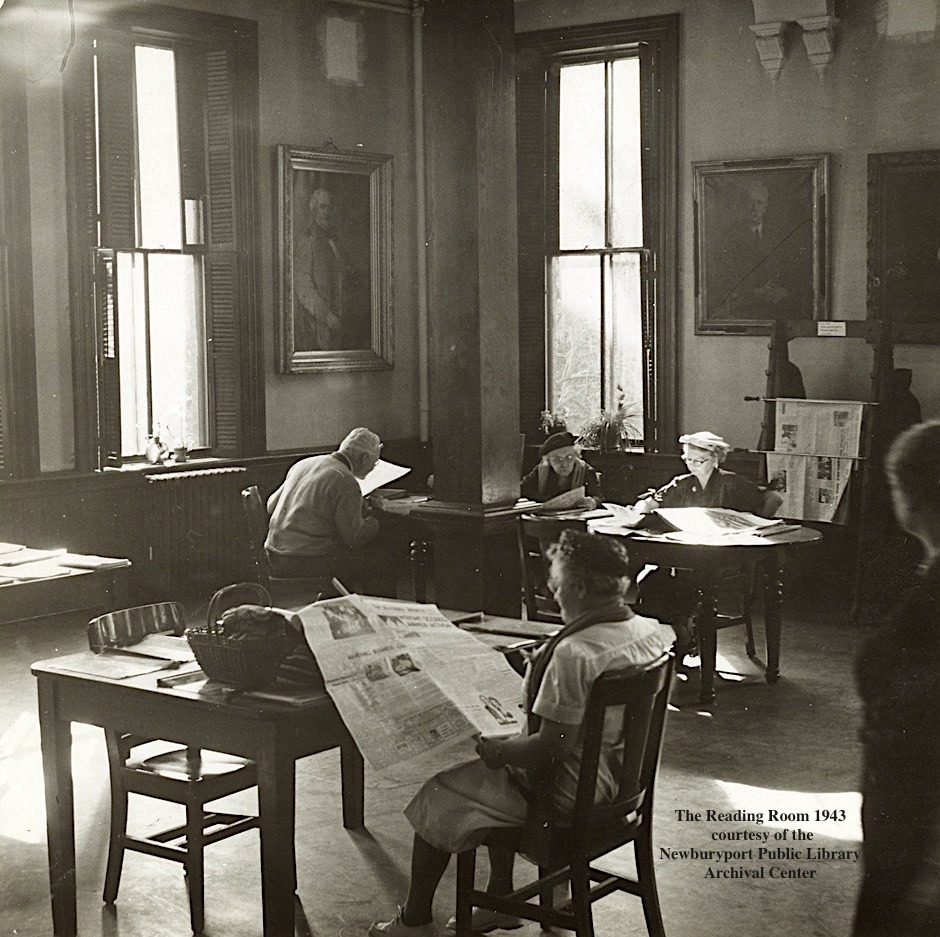 The History of the Newburyport Public Library Archival Center

This is a brief chronology of the Newburyport Public Library Archives.

Eventually, the more valuable items, such as early Newburyport imprints and broadsides, were kept in a supervised Newburyport History section, most probably they would have been near the head librarian’s desk. These items were eventually stored in a fireproof vault in the Newburyport Public Library basement (Tracy Mansion). In the 1970s, the brick basement vault, with the still extant fireproof Victor Manufacturing door, was recognized as being an unsuitable place to house these early materials. At that time John Moak (who later became mayor of Newburyport) was the head librarian.

Dottie LaFrance, who was hired by John Moak, was instrumental in getting these early materials out of the vault and into a safe environment. She and a team of CETA (the Comprehensive Employment and Training Act of 1973) workers in the late 1970s-early 1980s, including librarian Marianne Savage, pulled everything out of the vault, cleaned up what they could, cataloged each item and rehoused them. They made their way upstairs Treasure Room, now the Teen Loft office. This was their home until the Hamilton Room was established. 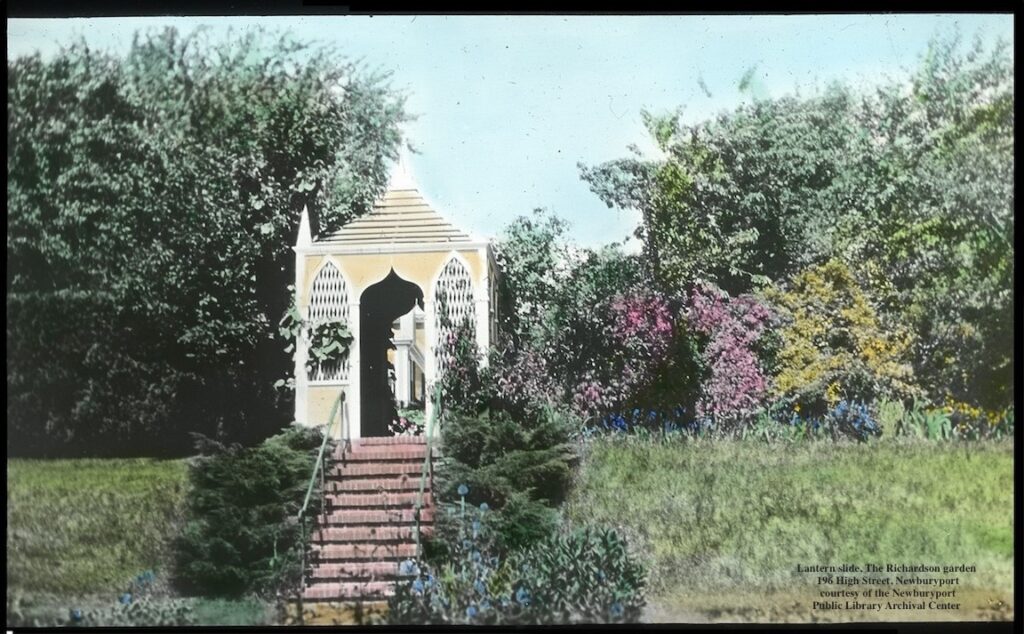 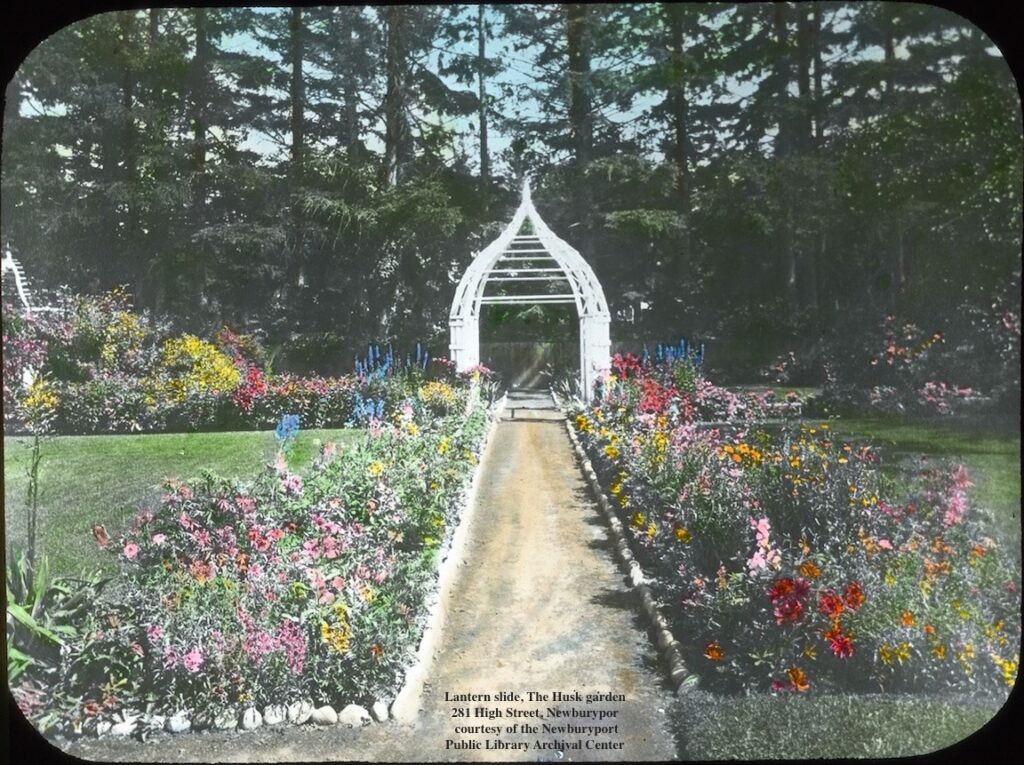 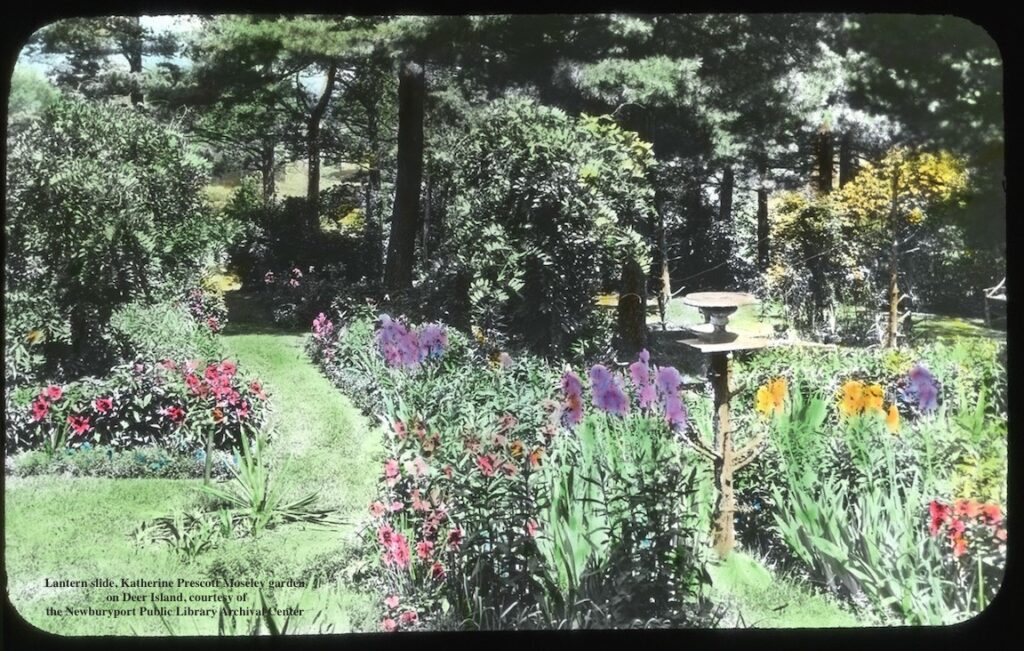 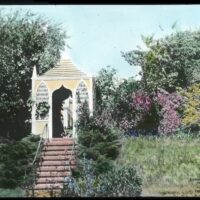 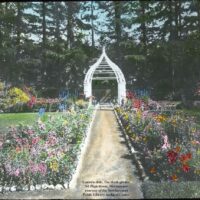 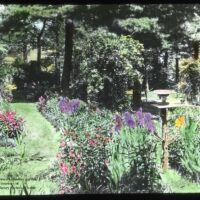 Hand-colored lantern slides of some of Newburyport’s historic gardens

The Hamilton Room which opened in 1983, previously a short-lived Arts & Crafts or Display room, was also in the basement. It was remodeled and made as archival material/patron-friendly as possible. Staff member Cecile Pimental and volunteers helped run the room.

In May 2001, the new addition of the NPL was built, which included the Newburyport Public Library Archival Center, a state-of-the-art repository with a Reading Room, compact shelving and an independent HVAC system to maintain a climate-controlled environment. Jessica Gill, the first professional archivist, was hired to organize and catalog the collection. One of her first Federal grant projects was to preserve and make accessible the Newburyport Public Library’s photograph collection.

History of the Library, the Newburyport Public Library https://www.newburyportpl.org/about-us/history-mission 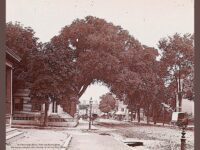