The Industrialization and the Expansion of the North End of Newburyport in the 1800s. 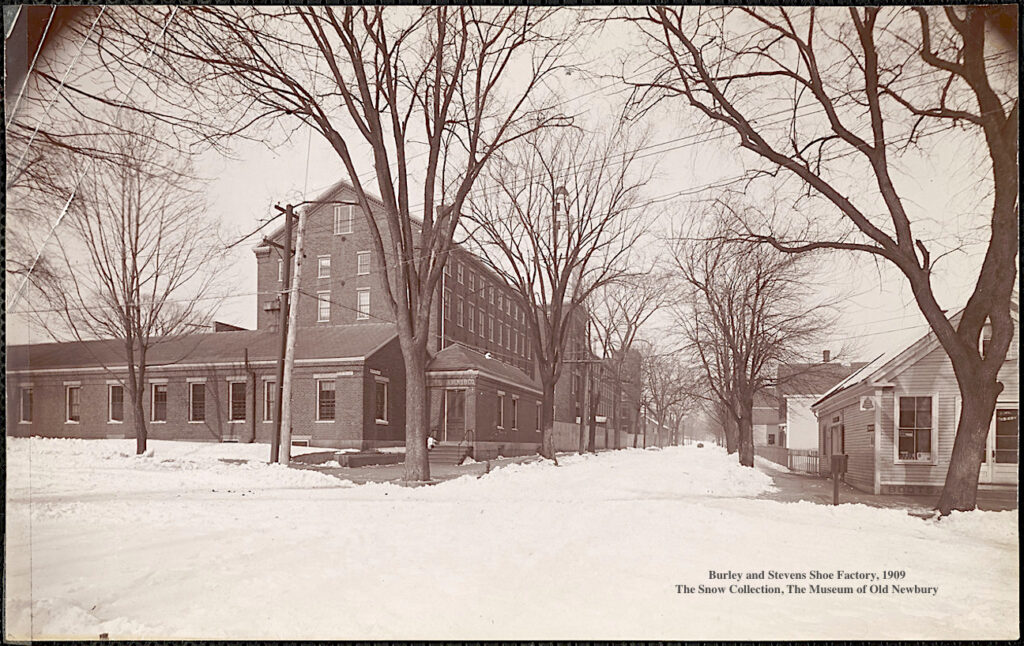 Burley and Stevens Shoe Factory, 1909, The Snow Collection, The Museum of Old Newbury

Burley and Stevens Shoe Factory, 1909, The Snow Collection, The Museum of Old Newbury 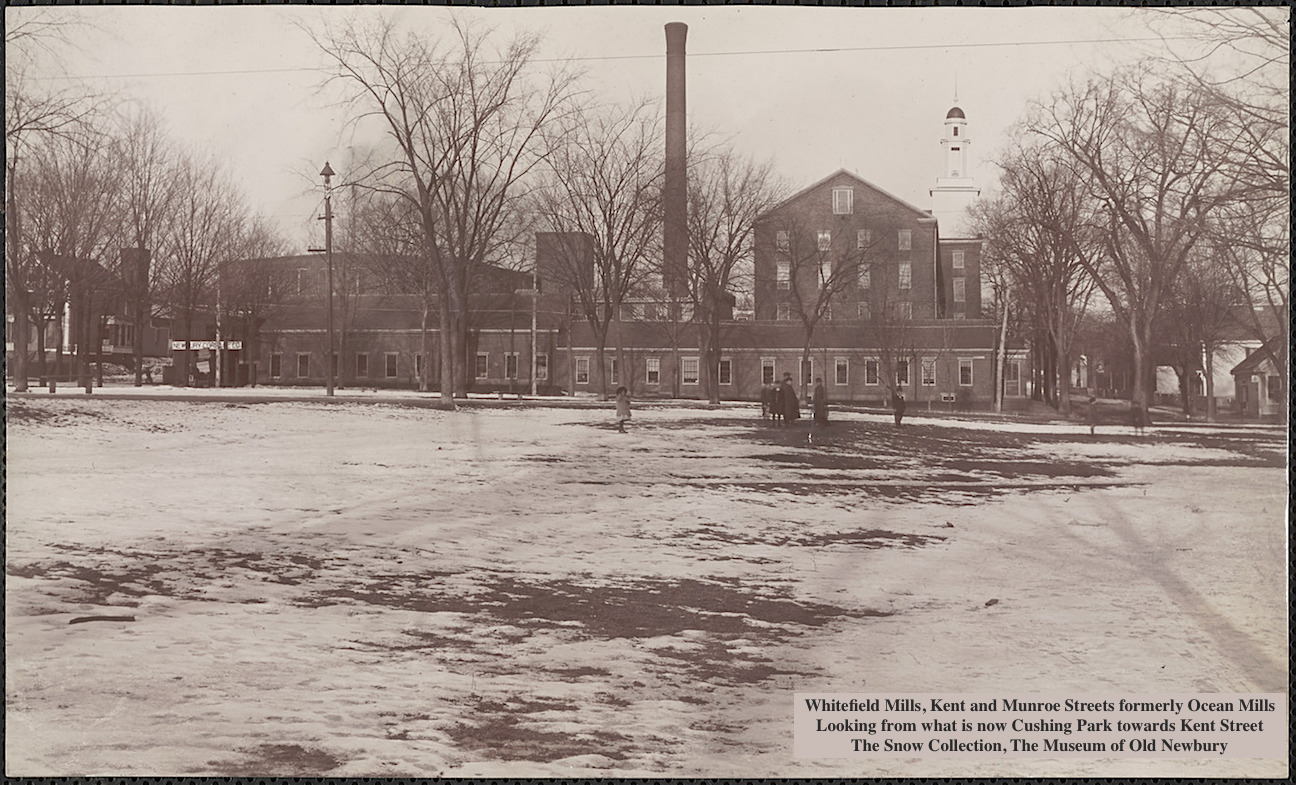 Before 1845 the area between Munroe and High Streets was used for pasture and farming.

The Ocean Steam Mills was incorporated by the Massachusetts legislature in March 1845 by Benjamin Saunders, William Balch, and Edward S. Lesley. The purpose was the manufacturing of cotton cloth.

The company purchased a parcel of land on the corner of Kent and Munroe Streets extending to Carter Street. In 1845 the company started construction of a four-story brick mill building between Kent and Warren Street. The mill was built by Albert Currier, a local contractor.  The building was completed the next year and the manufacture of cotton sheeting and calico cloth began. 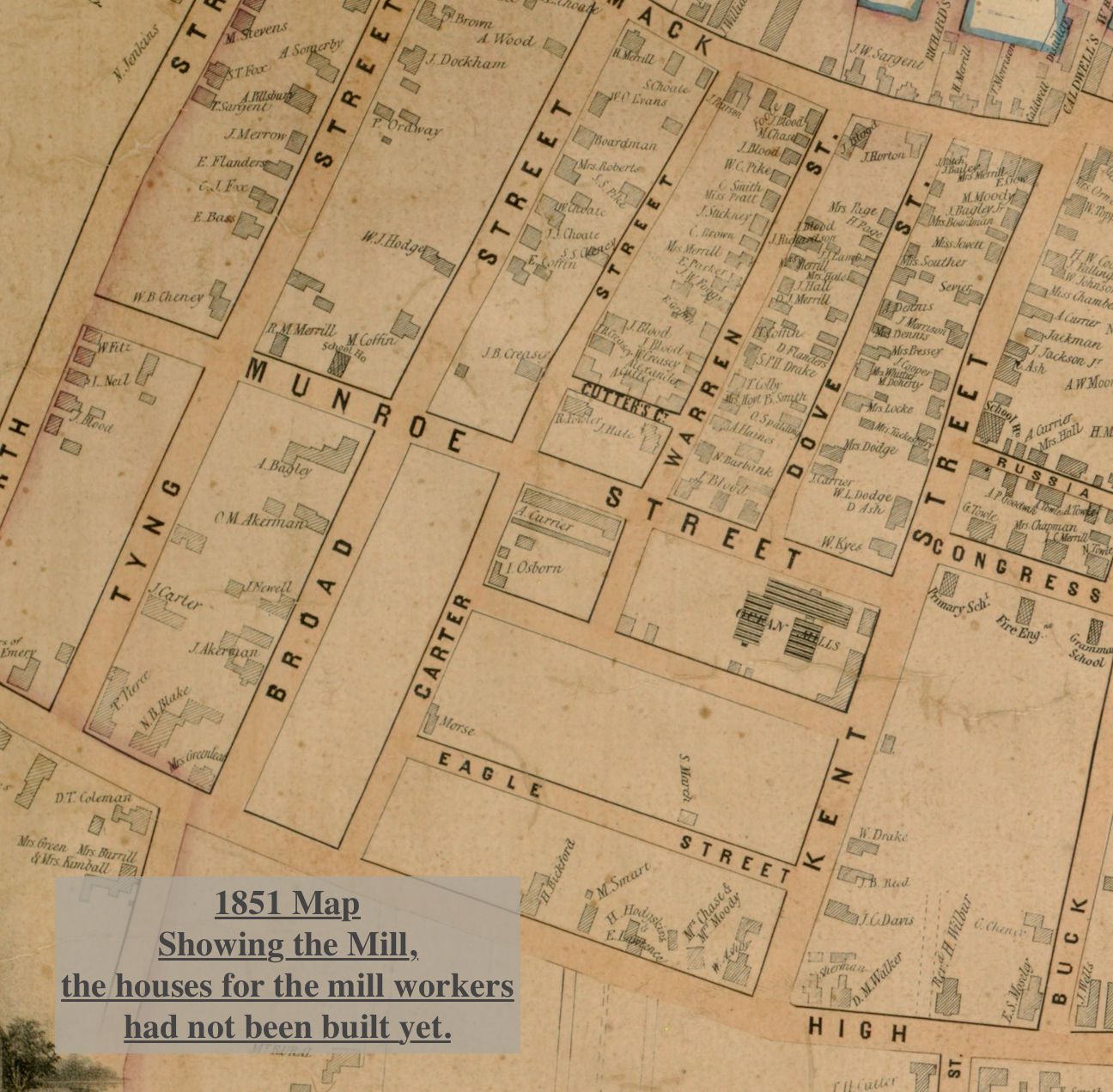 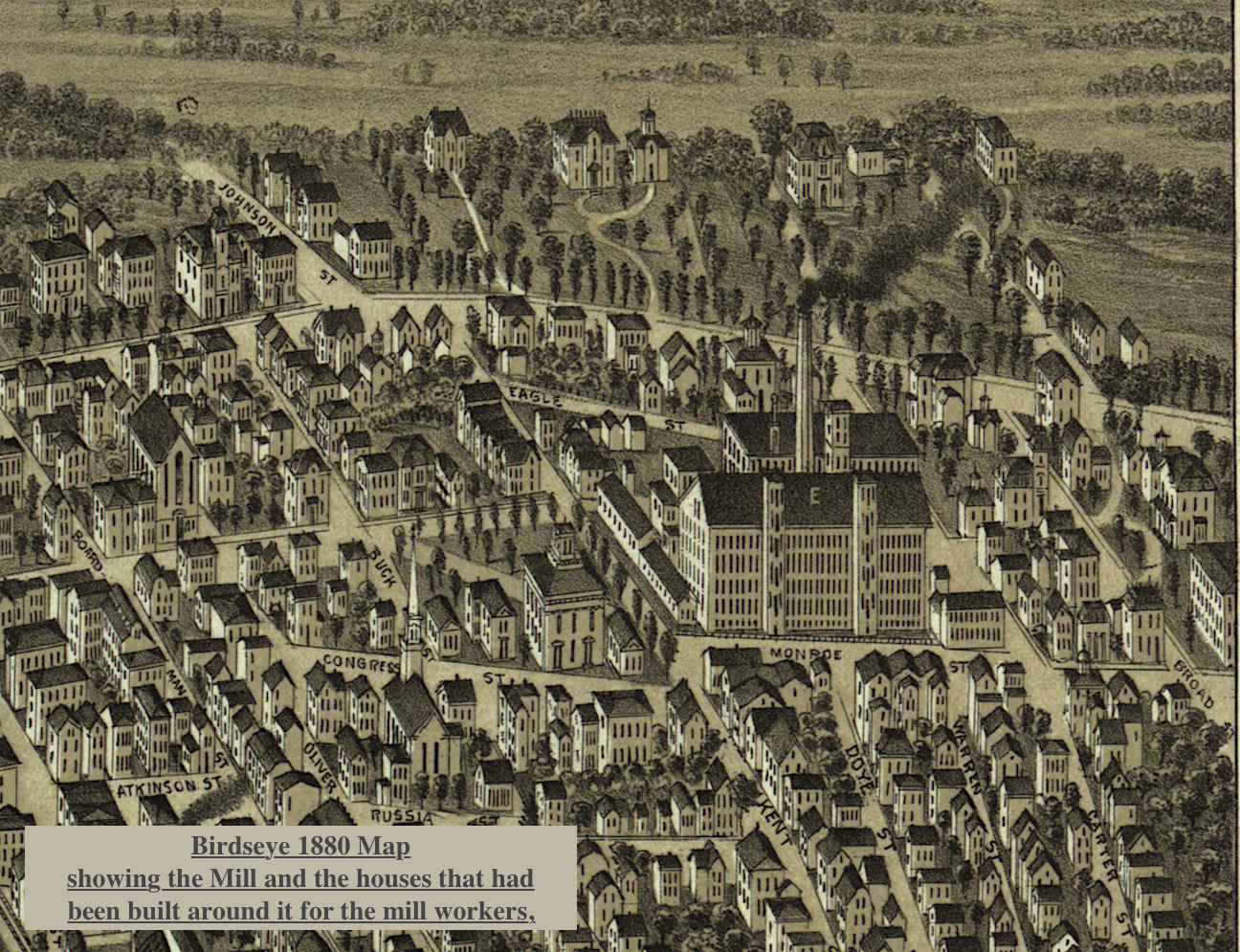 In 1886 Seth Milliken of New York purchased the mills and name was changed to the Whitefield Mills. The mill did not succeed and in 1889 the machinery was sold to a Southern manufacturer. 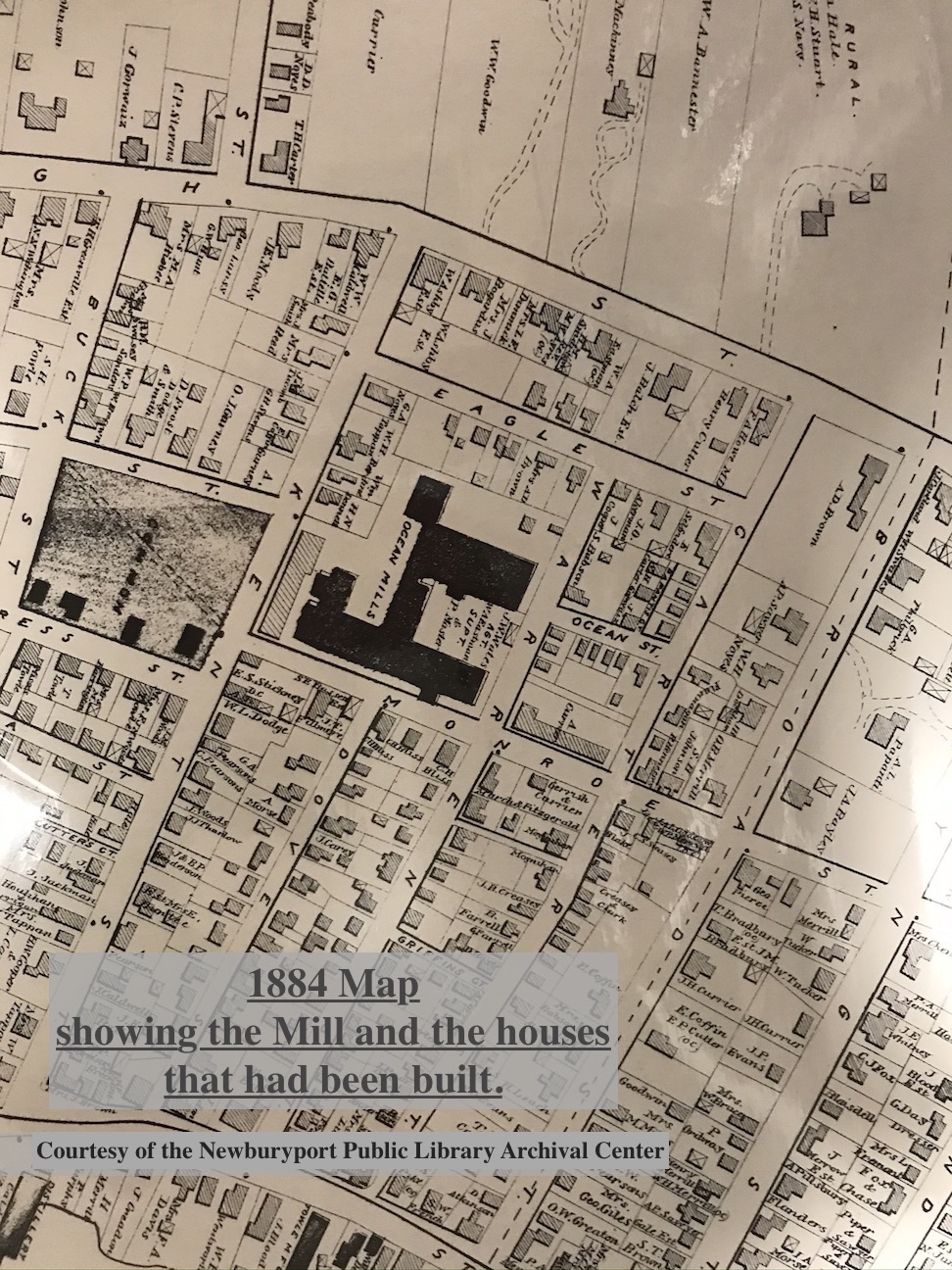 1884 Map, Courtesy of the Newburyport Public Library Archival Center, showing the Mill and the houses that had been built around it. 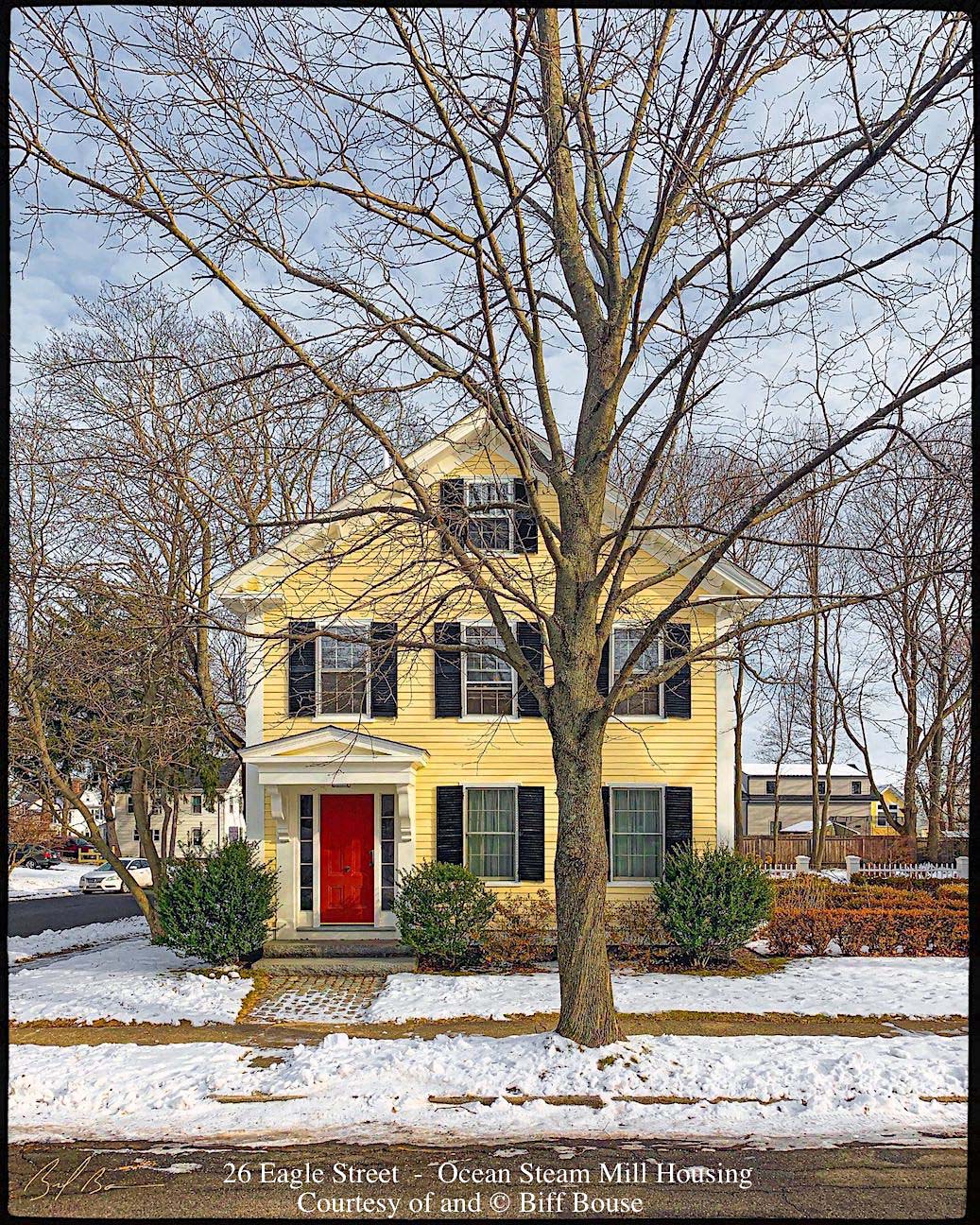 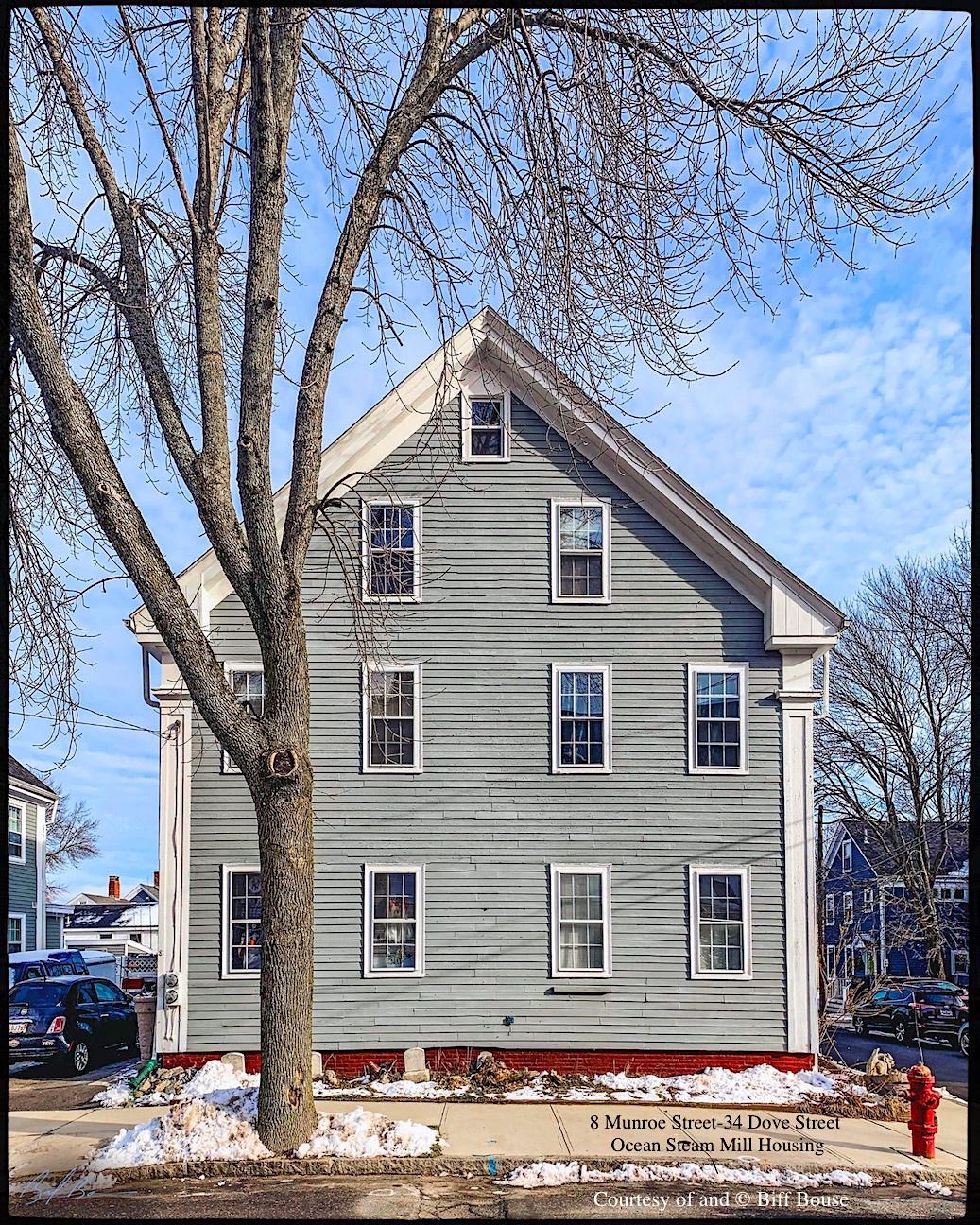 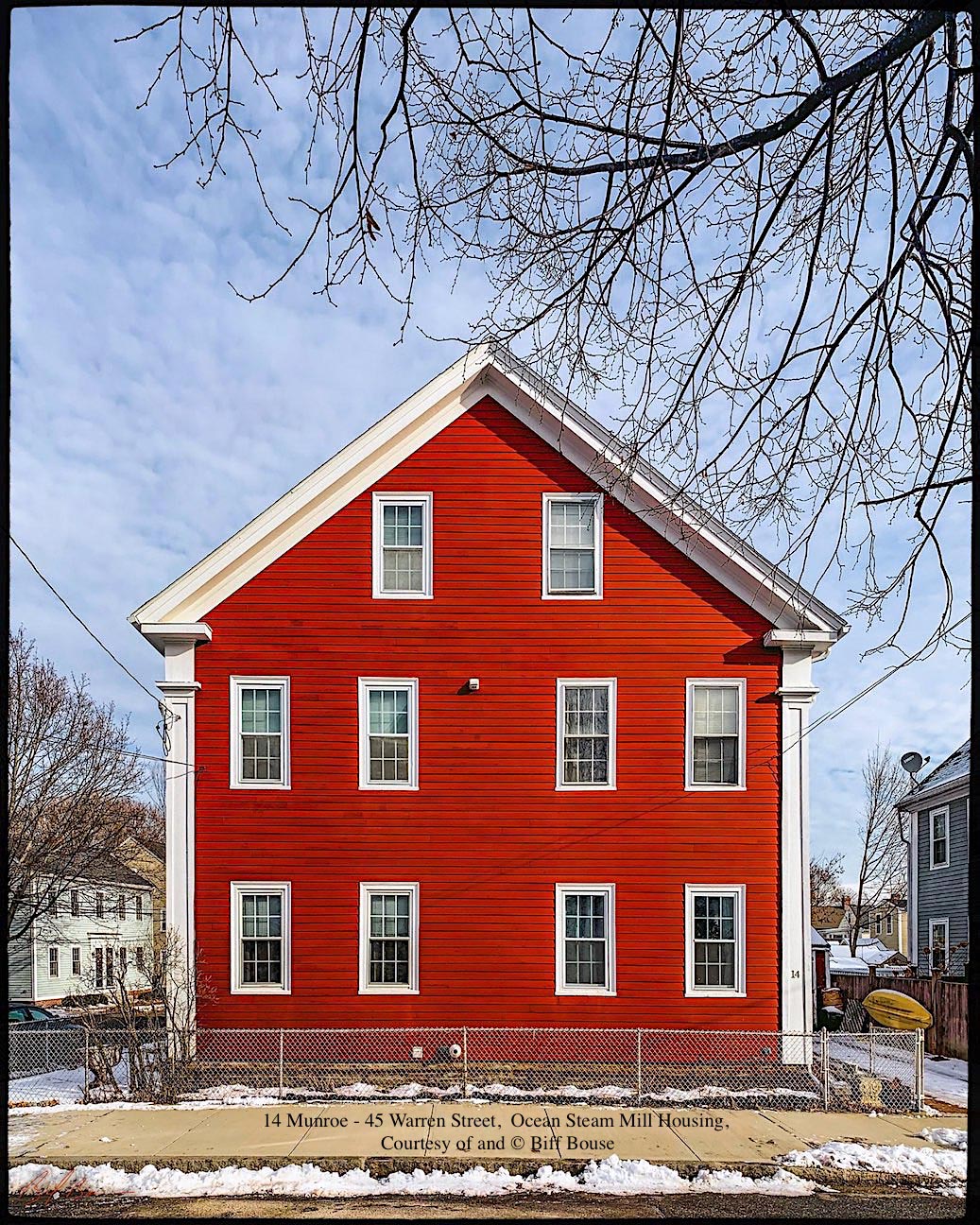 The mill workers needed homes close to their work and so there was a lot of new building on Carter, Kent, Warren and Munroe Streets and the creation of what is now called the Ocean Mills Historic District, which is an excellent representation of a 19th Century Newburyport industrial neighborhood.

There were single-family cottages, usually Greek Revival or Victorian in style, many are on Carter Street. The second type of residence was a larger home that was used as a boarding house. Three buildings were built on Munroe Street across from the Ocean Mill by James Blood, a real estate speculator. These houses were generally Greek Revival in style. And then there were Victorian buildings and cottages with turned brackets decorating the doorways and sometimes the eaves of the house. Albert Currier built one of these buildings on Munroe Street.

The overseers and the agents of the mill and skilled craftsmen associated with the industry also built homes within this district. These homes were slightly more elaborate, as can be seen on upper Kent Street, they were often vernacular interpretations of one of the many popular Victorian styles such as Second Empire or Victorian Gothic. 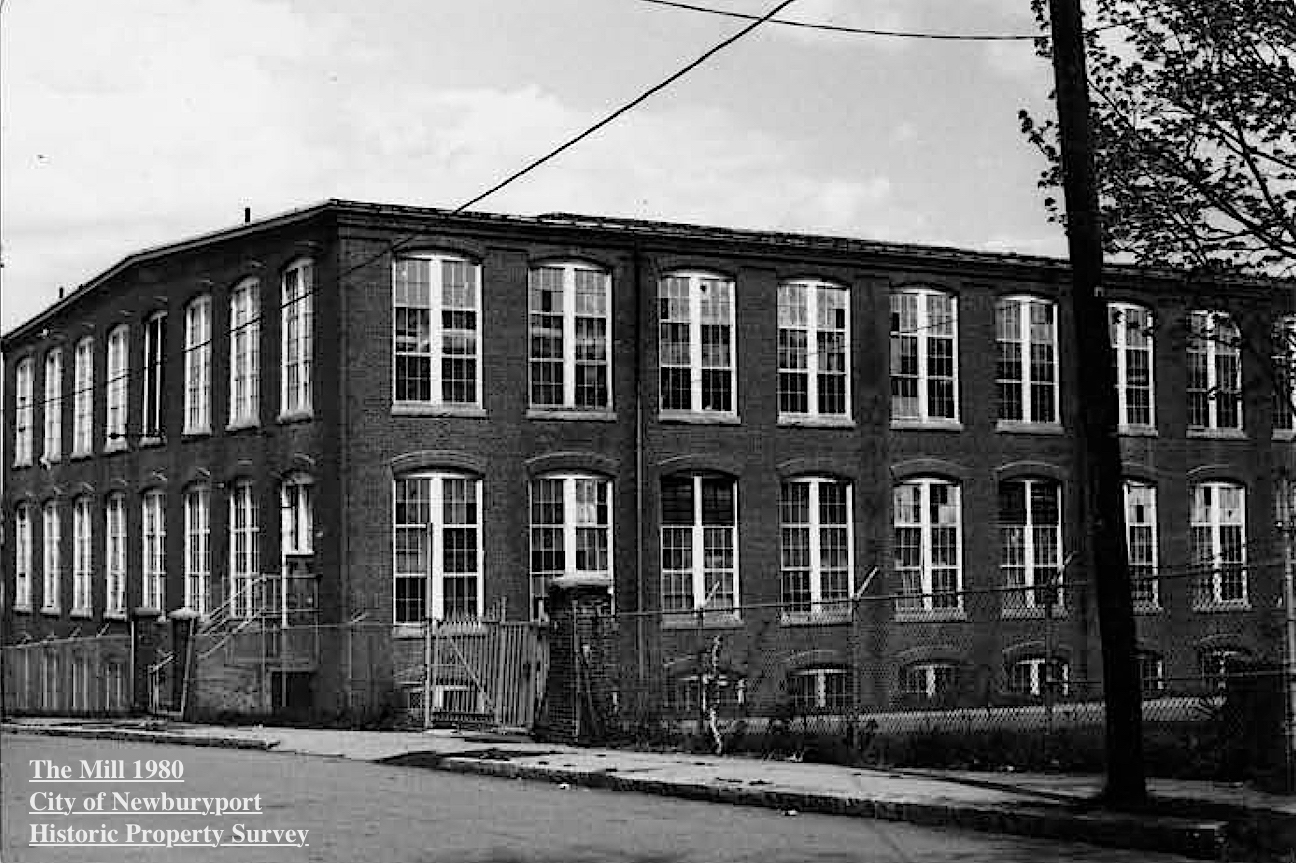 The Mill 1980, Courtesy of the City of Newburyport, Historic Property Survey 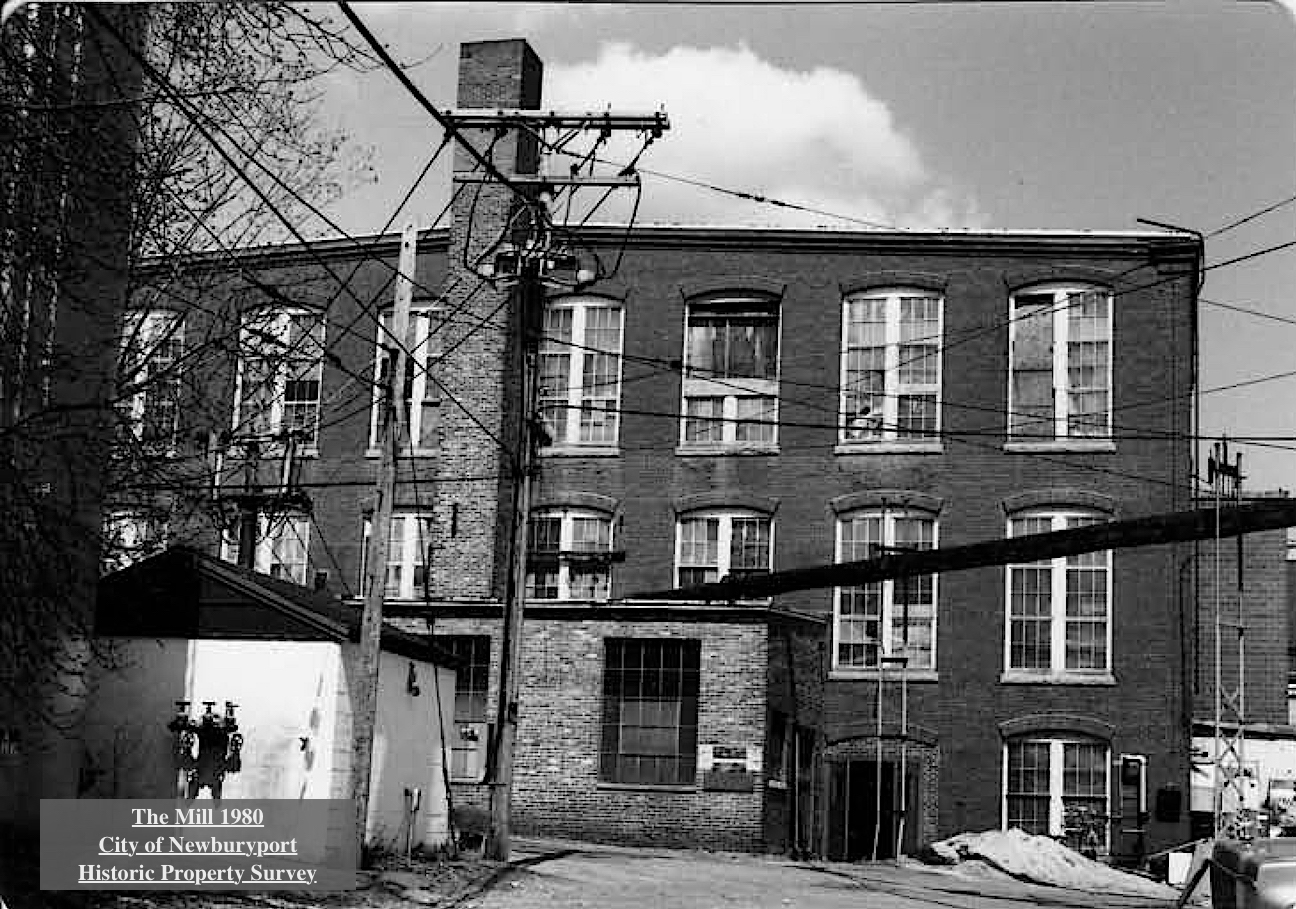 The Mill 1980, Courtesy of the City of Newburyport, Historic Property Survey

In 1941 the Hytron Radio and Electronics Corporation acquired the property for the manufacture of proximity fuse components and radio receiving tubes for the military, and later, television receiving tubes and cathode-ray tubes. In 1959 the factory closed with the loss of 3,000 jobs. In 1996 the building was turned in to luxury condominiums called “The Courtyard.” 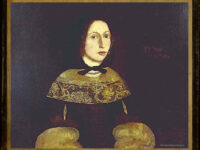 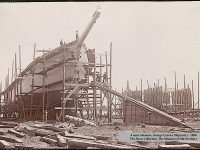